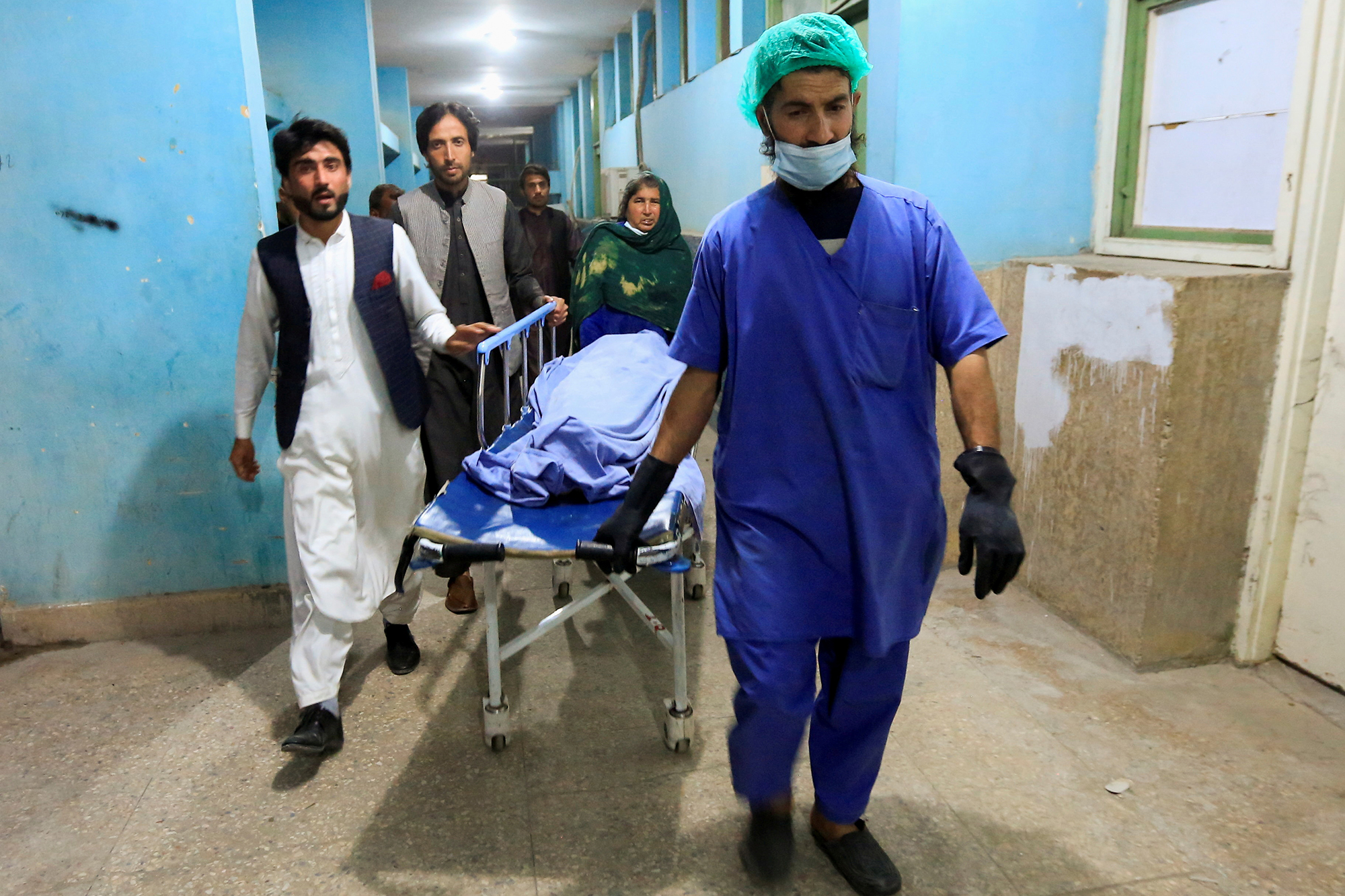 JALALABAD, Afghanistan — Three female media workers were shot dead in the eastern Afghan city of Jalalabad on Tuesday, government officials said, amid a wave of killings that is spreading fear among professional workers in urban centers.

Government sources said the women were killed on their way home from work and witnesses said gunmen shot the women in the head before fleeing. A fourth woman was injured and a hospital spokesman said she had been admitted to hospital and was fighting for her life.

Provincial police chief Juma Gul Hemat said that the suspected lead attacker had been arrested and that he was connected to the insurgent Taliban. A Taliban spokesman denied the group had any involvement in the attack.

A wave of shootings and small bombs attached to vehicles in have targeted journalists, civil society workers and mid-level government employees in recent months.

The Afghan government and some foreign powers have blamed the attacks largely on the Taliban, which denies involvement. The Islamic State group also has a presence in the eastern Afghan province of Nangahar, of which Jalalabad is the capital.

“The targeted killing of journalists could cause a state of fear in the journalistic community, and this could lead to self-censorship, abandonment of media activities, and even leaving the country,” said Mujib Khalwatgar, head of Afghan media advocacy group Nai.

Enikas TV’s Latifi said the channel, which was set up in 2018, had employed 10 women but four had now been killed, including Malala Maiwand, a television journalist shot alongside her driver late last year.

The Taliban and Afghan government are carrying out peace talks in Doha, though progress has slowed while U.S. President Joe Biden’s administration, is reviewing its plans for the peace process and the withdrawal of troops.

“These attacks are meant to intimidate; they are intended to make reporters cower; the culprits hope to stifle freedom of speech in a nation where the media has flourished during the past 20 years. This cannot be tolerated,” the U.S. Embassy in Kabul said in a statement on Twitter.