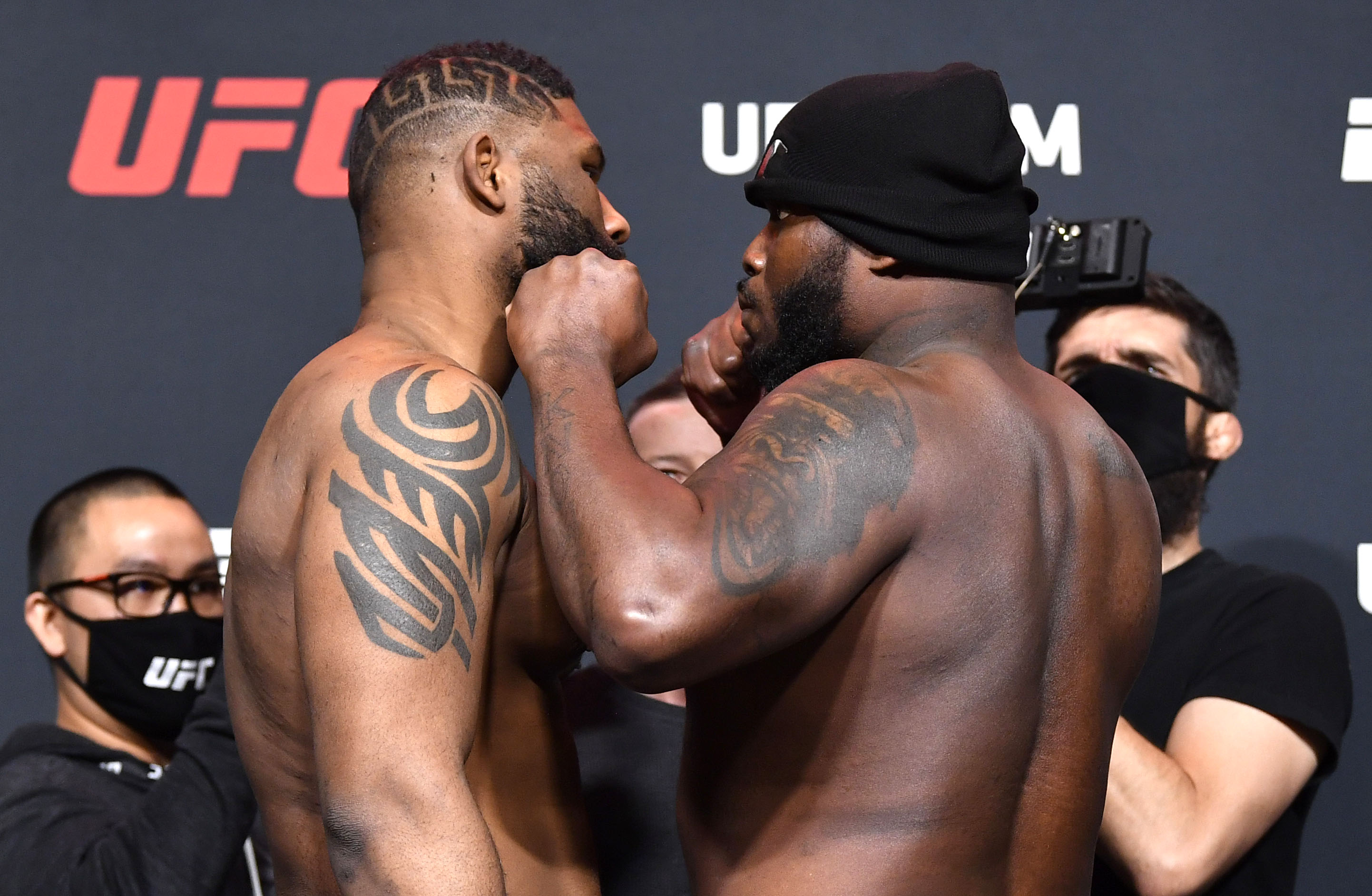 The UFC has staged five fight cards in 2021. Favorites are running 30-13-2, or 66.5 percent. Over the last several years, favorites have won about 64 percent of the time in the UFC. Here are some thoughts on this week UFC Vegas 19 main event and a key undercard bout.

Blaydes is the second-ranked heavyweight and Lewis is No. 4.

Lewis possesses tremendous natural power and incredible strength for a man his size. He’s explosive and destructive for up to six or seven minutes, but after that he seems limited to launching telegraphed shots to try to topple opponents with one big bang.

Lewis has struggled to make the 265-pound weight limit in the past and has mentioned the need to improve his conditioning. Weigh-ins Friday were very important for this fight, as it was time for Lewis to prove he has indeed put down the fork and picked up some improved training habits. That should have manifested itself in Lewis weighing less than 260 pounds, but he came in at 263.

Blaydes will be the taller fighter in the closed confines of the 25-foot octagon. After celebrating his 30th birthday Thursday, he’s also younger by six years and he arrives with a world-class wrestling foundation, powerful hands, improved striking and the ability to fight five full rounds without issue.

Blaydes opened -320, but is now quite a bit more expensive. The one way Lewis can win is to blister Blaydes on the beak, and his best opportunity for that comes early in the fight.

If Lewis is unable to knock out Blaydes, this will be up to a 25-minute domination, with Blaydes riding on top of Lewis and dropping a destructive ground-and-pound effort until Lewis succumbs. I can’t believe Lewis will last five rounds.

This fight features two grizzled veterans. Rosa has battled injury as well as inconsistent results, and the 30-year-old Minner toiled eight years, spanning 34 professional fights, before getting his debut opportunity in the UFC.

Rosa is the taller, larger athlete, but he’s also older (34), with perhaps less agility and foot speed than his opponent. While Rosa sports an experience advantage, he’s coming off a highly emotional win over Kevin Aguilar which his greatest weapon was the desperation he carried into the bout.

Knowing his career was on the line was hugely motivating for Rosa, but I wonder how a fighter of this caliber will get up for this bout after one so emotionally important to him.

Minner’s last fight was his first UFC win in two tries. His UFC foes surpass, in fighting acumen and ability, Rosa’s last several opponents. Minner himself carries a substantial chip on his shoulder entering this his third UFC bout, as he believes his time is now after it took him so long to earn his way here.

Minner’s speed, athleticism and focus force me to regard this fight more as a pick ’em than Rosa being favored. In a very close, ultra-competitive bout, I’ll take a look at the “mangy mutt.”