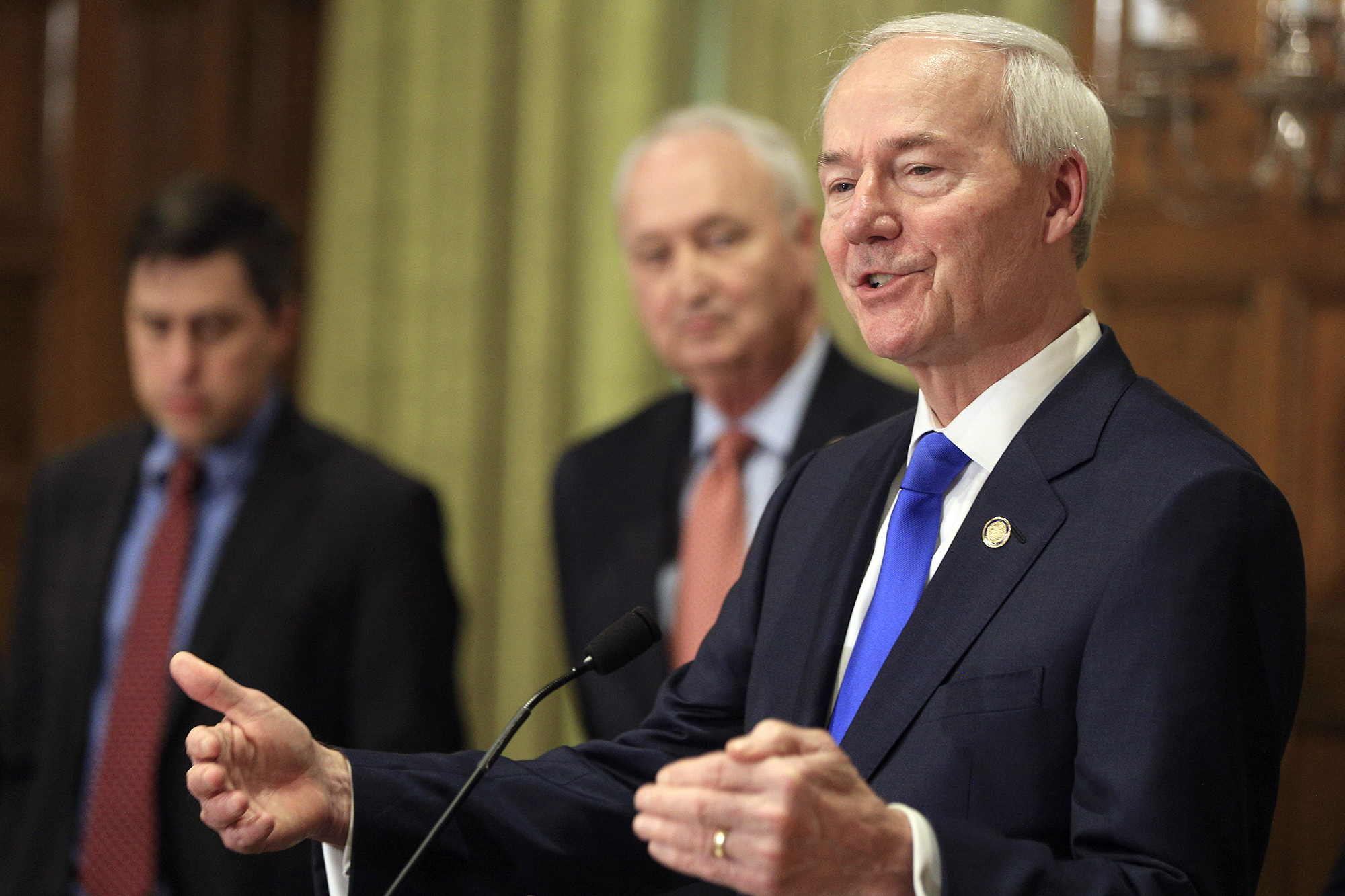 LITTLE ROCK, Ark. — Arkansas Gov. Asa Hutchinson on Thursday signed a law banning transgender women and girls from competing in school sports teams consistent with their gender identity, making the state the second to approve such a restriction so far this year.

The Republican governor approved the measure despite objections from medical and child-welfare groups that it would have devastating impacts on transgender youth. Hundreds of college athletes have also urged the NCAA to refuse to hold championships in states that enact such bans.

“This law simply says that female athletes should not have to compete in a sport against a student of the male sex when the sport is designed for women’s competition,” Hutchinson said in a statement released by his office. “As I have stated previously, I agree with the intention of this law. This will help promote and maintain fairness in women’s sporting events.”

Republicans in at least 20 state legislatures have been pushing for similar bans this year. Mississippi’s governor signed a prohibition into law earlier this month. South Dakota Gov. Kristi Noem had initially said she would sign similar legislation sent to her but has since pushed for changing it to exclude college sports. Arkansas’ law covers K-12 as well as collegiate sports.

The head of the Human Rights Campaign, the nation’s largest LGBTQ rights groups, called Hutchinson’s decision “an affront not just to the transgender kids it is bound to hurt but to all Arkansans who will be impacted by its consequences.”

“Hutchinson is ignoring the ugly history of states that have dared to pass anti-transgender legislation in years past and by doing so he is exposing Arkansas to economic harm, expensive taxpayer-funded legal battles and a tarnished reputation,” Alphonso David, the group’s president, said in a statement.

Only one state, Idaho, has enacted a law curtailing transgender students’ sports participation and that 2020 measure is blocked by a court ruling as a lawsuit plays out. Opponents have not said whether they plan legal action to block Arkansas’ ban.

“This law is a discriminatory and shameful attempt by politicians to stigmatize and exclude transgender teens,” American Civil Liberties Union of Arkansas Executive Director Holly Dickson said in a statement.

Arkansas’ law, if it isn’t blocked by a legal challenge, would take effect this summer. Under the new law, a student or school who suffers “direct or indirect harm” could take a school to court for violating the ban.

The measure is among several targeting transgender people advancing through the majority-Republican Legislature this year. Another bill on Hutchinson’s desk would allow doctors to refuse to treat someone for moral or religious reasons, a measure opponents says would allow LGBT patients to be turned away.

A final vote is also expected next week on legislation that would ban gender confirmation surgery or treatment for minors.

The measures have won support as a hate crimes bill backed by Hutchinson has stalled, facing conservative resistance. The current version of the bill would impose additional penalties for committing a crime against someone because several characteristics, including gender identity or sexual orientation.

Arkansas is one of three states without a hate crimes law.

When asked earlier this week about the message the measures targeting transgender people send to the LGBT community, Hutchinson said he hoped to send a welcoming message by enacting a hate crimes law.

“I want the message to be that we want to make sure that everyone is protected, that everyone has equal treatment under the laws,” Hutchinson told reporters Tuesday. “That is very, very important, whether it’s transgender or whether it is some other characteristic.”

Hutchinson also signed the bill four years after opposing legislation that would have prohibited people from using restrooms in government buildings that do not match their gender at birth. That measure, which never advanced out of committee, had drawn opposition from tourism groups who said it would harm the state’s economy.