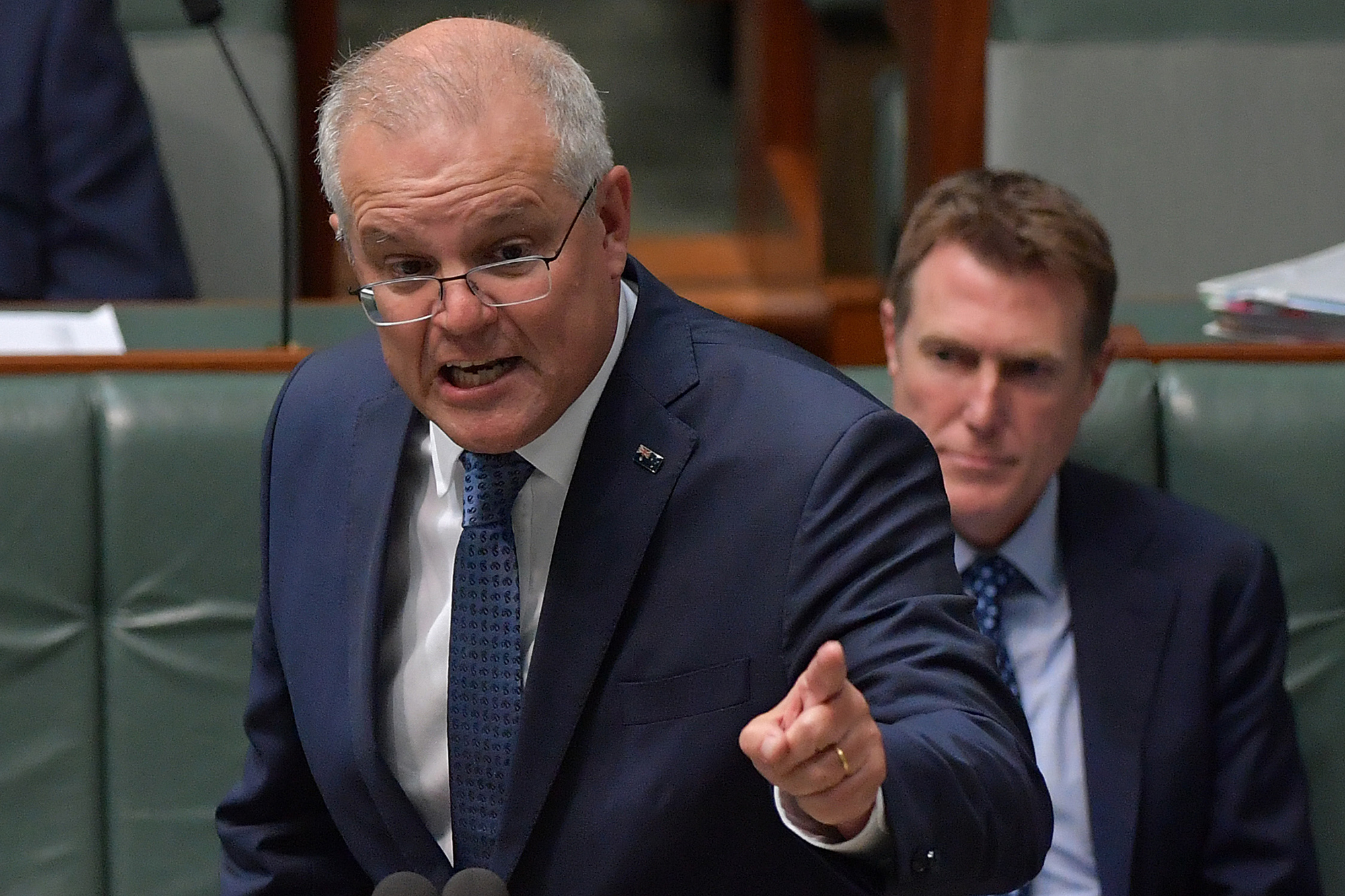 Australia’s prime minister on Thursday slammed Facebook’s “arrogant,” retaliatory move to yank news content from its site — as he and other leaders refused to bow to pressure from Silicon Valley.

“Facebook’s actions to unfriend Australia today, cutting off essential information services on health and emergency services, were as arrogant as they were disappointing,” PM Scott Morrison wrote on his own Facebook page.

The prime minister tore into Facebook the same day the social media giant issued an immediate ban on media content across its platform down under — resulting in emergency services and government pages, including the Queensland and South Australia state health departments, also going dark.

The sweeping move — which came without warning — was in response to legislation passed by the House of Representatives that would make Facebook and Google negotiate with media companies and pay for news content that gets distributed on their sites.

The bill is headed for a vote in the Senate and is expected to pass next week.

“We will not be intimidated by BigTech seeking to pressure our Parliament as it votes on our important News Media Bargaining Code,” Morrison promised.

He added, “These actions will only confirm the concerns that an increasing number of countries are expressing about the behavior of BigTech companies who think they are bigger than governments and that the rules should not apply to them.

“They may be changing the world, but that doesn’t mean they run it.”

The country’s Communications Minister Paul Fletcher also vowed to move forward with the legislation despite the media blackout.

“We’ll be proceeding with the code,” he told Australia’s ABC News on Thursday. “We want Google and Facebook to stay in Australia, but we’ve been very clear that if you do business in Australia you need to comply with the laws passed by the elected parliament of this nation.”

Facebook’s sudden action has sparked fierce criticism, including from its own former chief executive, Stephen Scheeler, who headed Facebook Australia and New Zealand.

“It shouldn’t have happened. But unfortunately it did,” Scheeler told The Australian. “But there’s no good answers … But at Facebook nobody ever loses their jobs.”

“I’m a proud ex-Facebooker, but over the years I get more and more exasperated. For Facebook and Mark it’s too much about the money, and the power, and not about the good,” Scheeler added. “Imagine if a Chinese company for example had done this, we would be up in arms. All Australians should be quite alarmed by this.”

Scheeler, who resigned in 2017, also urged Australians to boycott the site and called for “more regulation” of the social media giant.

Google and Facebook have waged war against the proposed “News Media Bargaining Code,” with the search engine titan saying it could give bigger companies an “unfair advantage” over its free services.

“The law is set up to give big media companies special treatment and to encourage them to make enormous and unreasonable demands that would put our free services at risk,” Mel Silva, a Google Australia managing director, wrote in an August letter.

Google has also threatened to shut down its search engine in Australia if the bill gets passed — though Fletcher noted that the tech giant took a more conciliatory approach to making deals with publishers.

On Wednesday, Google agreed to pay “significant payments” to News Corp. — which owns The Post and the Wall Street Journal — in order to provide its news content as part of a three-year deal.

The financial terms weren’t disclosed but a source close to the situation pegged it at tens of millions of dollars.

Fletcher told ABC that said the proposed law is “about having a diverse, well-resourced media sector in Australia.

For instance, Save the Children Australia, the Hobart Women’s Shelter, and the Kids Cancer Project had their pages pulled from the platform, as did the Brisbane City Council, South Australia Health and the Bureau of Meteorology.

By the evening local time on Thursday, some of these pages had already been restored.

A spokesperson said it would work to restore access to certain pages.

“The actions we’re taking are focused on restricting publishers and people in Australia from sharing or viewing Australian and international news content,” a Facebook spokesperson said. “As the law does not provide clear guidance on the definition of news content, we have taken a broad definition in order to respect the law as drafted.”

Goldman Sachs CEO doesn’t care if you hate him