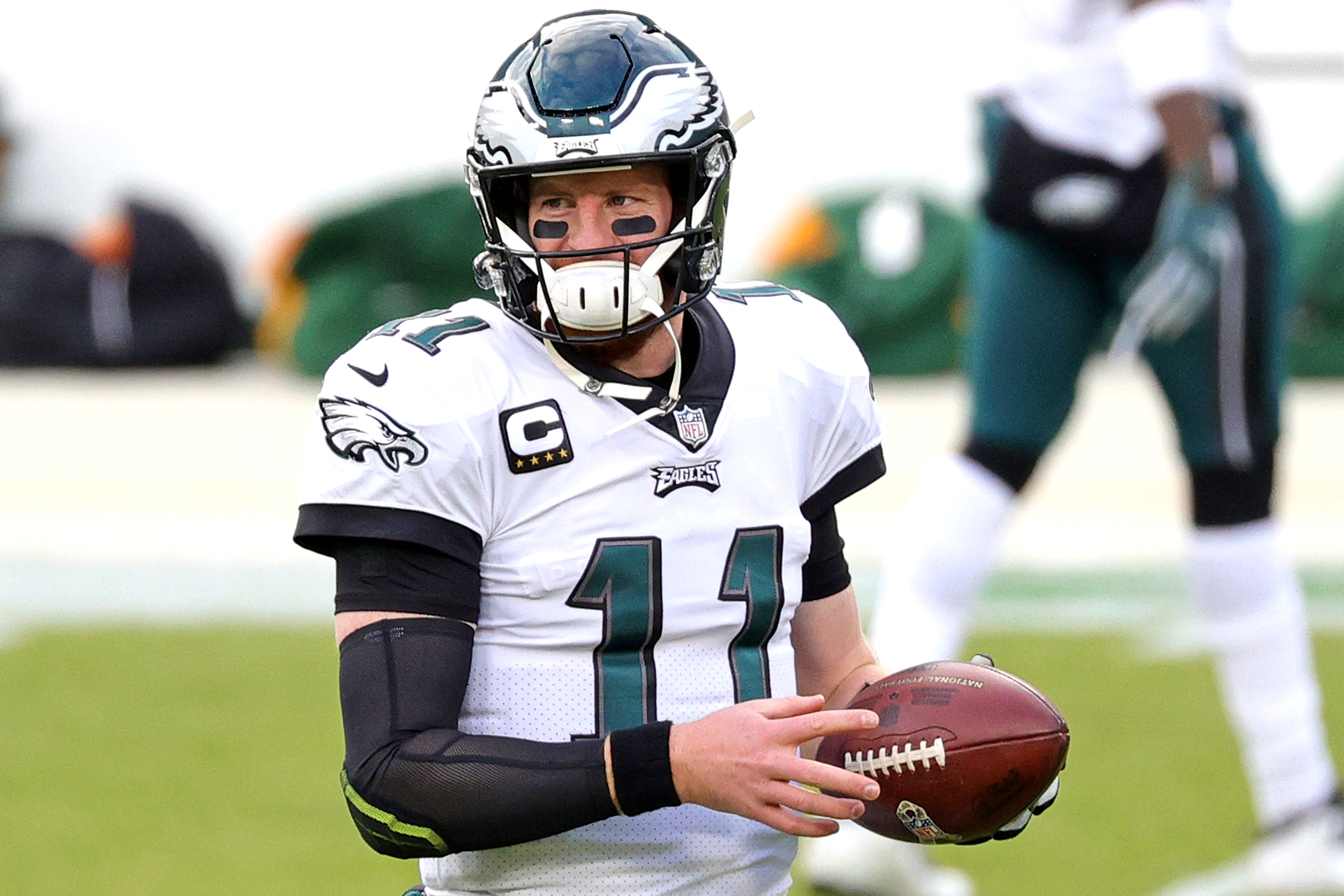 Carson Wentz could be headed for a reunion, but not the one you think.

While the Colts often are considered the favorite to trade for the disgruntled Eagles quarterback because head coach Frank Reich is Wentz’s former offensive coordinator, Sports Illustrated’s Albert Breer suggested negotiations could veer in another direction.

“I think Chicago is the front-runner … and I do know there’s a feeling inside that building from [general manager] Ryan Pace, from the coaching staff, Matt Nagy, John DeFilippo … they believe, mechanically, they can fix him,” Breer said on Colin Cowherd’s podcast, according to NBC Sports Philadelphia.

DeFilippo is the quarterbacks coach for the Bears – the same position he held for the Eagles during their Super Bowl-winning season, when Wentz was playing at an MVP level before injury replacement Nick Foles finished the job.

“I think the issue right now is where Carson Wentz wants to go,” Breer said.

“I think it’s become pretty clear he’d rather go to Indianapolis, and I think part of it now, for the Eagles, is, ‘Alright, if our best return now is Chicago over Indy, then we need to convince Carson Wentz, this is the only place you’re going, bud, and you need to buck up and accept this, and realize the Bears are going to give you a good chance.’ I think it’s pretty clear at this point that the Bears have pushed harder than the Colts to get Carson Wentz.”

Wentz doesn’t have a no-trade clause in his contract, so he should have far less say in his destination than the Texans’ Deshaun Watson. But it makes sense the Bears would want to know that Wentz – whose reported private pouting and anger when he was benched for Jalen Hurts this season disrupted the dynamic in Philadelphia – is all-in before giving up multiple draft picks in a trade.

Pace and Nagy are both on the hot seat entering the season, so Wentz could look at the situation as a possible question mark for his future. If both were to be fired next year, it would be fair to wonder if the next regime would be committed to an inherited quarterback with no guaranteed salary after the 2021 season, according to Overthecap.com.