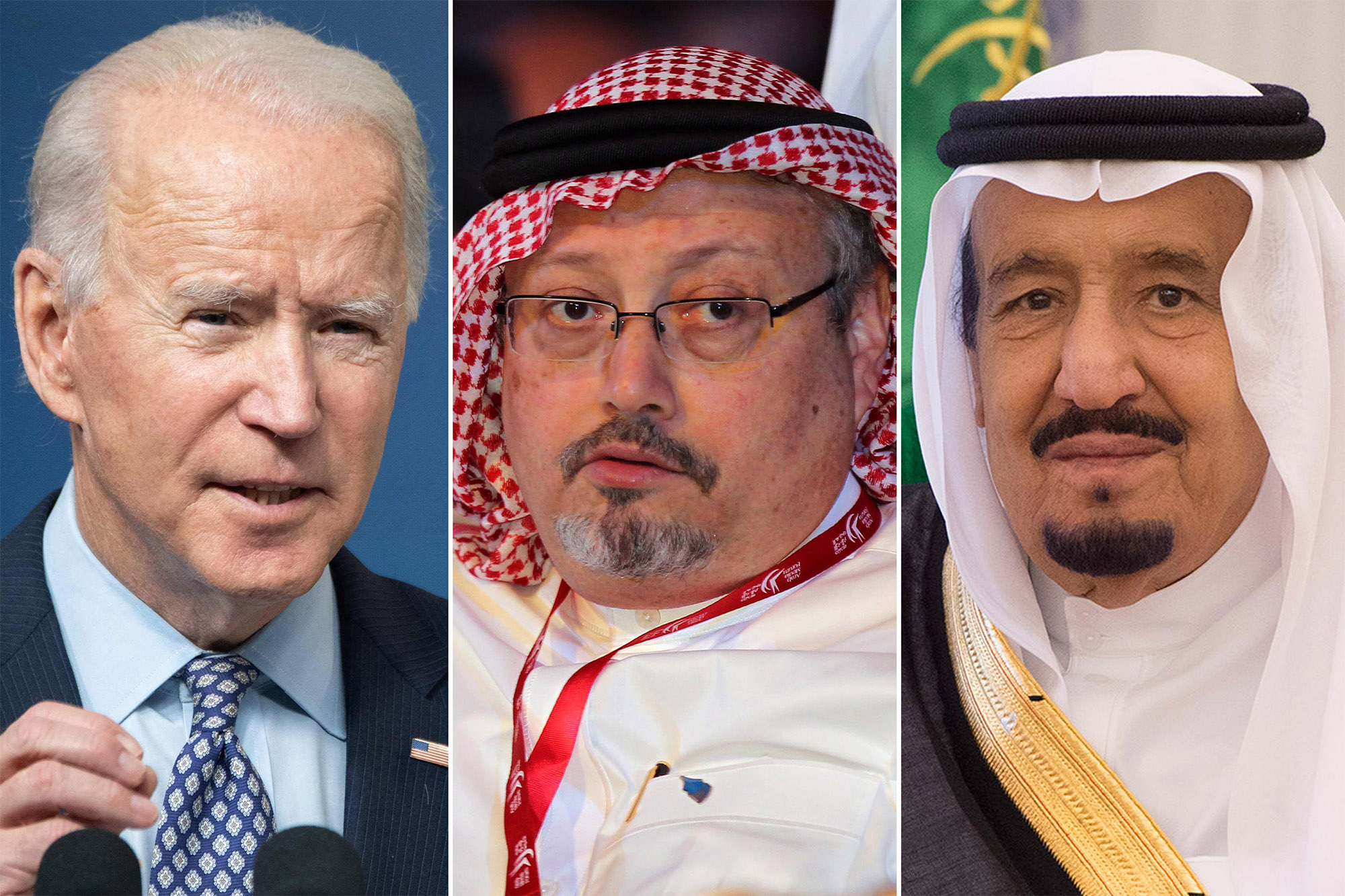 President Biden on Thursday spoke with Saudi Arabian King Salman ahead of the release of a redacted report that implicates his son, Crown Prince Muhammad bin Salman, in the murder of journalist Jamal Khashoggi.

A White House readout of the call does not mention Khashoggi, a Saudi dissident and Washington Post columnist who was killed in 2018 at the Saudi consulate in Istanbul.

The 35-year-old crown prince is the de facto ruler of the oil-rich kingdom, though the 85-year-old king remains officially in charge.

Biden and Salman spoke about “efforts led by the United Nations and the United States to end the war in Yemen” and Biden “noted positively the recent release of several Saudi-American activists and Ms. Loujain al-Hathloul from custody, and affirmed the importance the United States places on universal human rights and the rule of law,” the White House said.

The Khashoggi report is expected to be released as early as Thursday night and point a damning finger at the crown prince’s involvement in Khashoggi’s death. It may acccuse him of ordering the operation, which Turkish authorities said involved the strangulation and dismemberment by bone saw of the Virginia resident.

Former President Donald Trump argued that the US-Saudi strategic alliance was too important to risk by punishing Saudi Arabia over Khashoggi’s death, which occurred as the crown prince consolidated power.

Saudi courts sentenced to death five people who allegedly were involved in Khashoggi’s death, but those sentences later were converted to 20 years in prison. Saudi Arabia’s legal system has not prosecuted the crown prince.

Biden has shifted the US-Saudi relationship, including by ending US support for the long-stalled Saudi military campaign to restore Yemen’s President Abdrabbuh Mansur Hadi, who was ousted in 2015 by an Iran-allied militia that still controls most of the country’s populated areas.

What to expect from Paramount+, ViacomCBS's streaming service

Mets’ reliever Sam McWilliams is showing off his ‘wow’ factor