The tantalizing twirler would be delivered daily to the budding young ballplayer by Patti Nimmo, Brandon’s biggest fan, his early hitting coach — and mother.

“My mom was extremely important in where I am today and the person that I am today,” the perpetually-grinning Nimmo — known as “the happiest man in baseball” — told The Post as Mother’s Day approached.

“A lot of the characteristics that I try to embody I got from her and I got from watching her,” the 28-year-old centerfielder said. “She sacrificed a lot, a lot a lot. … She’s just the sweetest person you’ve ever met.”

His keen batting eye comes from countless hours spent hacking away in a batting cage the family set up in a 64-by-42 barn at their home in Cheyenne, Wy. — and his front yard faceoffs with his mom.

Patti, now 60, would feed Brandon as many pitches as he could handle.

“I remember when I was real young and even into my teen years, my mom had ‘the Windup Wilma,’” Nimmo said with a laugh. “She would go out there, underhanding me when I was using the big ole orange plastic bats.”

Patti recalled, laughing, “I would just say, ‘Do you want the Windup Wilma?’ and I would keep going around and around and [he] never knew when I would release it.”

“She was pretty good. I think that’s part of the reason I have the strike zone that I do,” Nimmo, known for otherworldy on-base percentage, said.

Because Brandon’s dutiful dad Ron was a dedicated CPA, “you almost didn’t see him from January through April 15,” Nimmo said. “In those times, it was just mom and us (older siblings Bryce and Kristen). So she would go out there and she would throw to us and she would always find energy for us even though she was up before us, up after us and she was always taking care of the house and she was taking care of our laundry and helping us with schoolwork.

“Whatever it was that we needed help with, she was always there,” Nimmo said. “She was so selfless in everything that she did. It is the only reason I get to be a Major League baseball player today. … I love her to death.”

Nimmo remembered mom taking one for the team during a painful batting-practice session using a dimpled ball.

“I remember I felt so bad because I rolled one back to her and she went down to grab it and our turf wasn’t exactly flat — it had some bumps in it — and one of those dimple balls popped up and hit her in the eye and gave her a black eye,” he lamented.

“Mom would be taking me to baseball games, soccer, football, track. It didn’t matter. She was taking me everywhere,” Nimmo noted.

Since Wyoming is one of three states that does not have high school baseball, trips sometimes were eight-hour sojourns to American Legion games in Omaha, Neb. or 15-hour treks to Washington.

“She never complained about it,” Nimmo said. “It was always, ‘Well, this is the way it is and we are going to get you there.’”

Nimmo said his signature Pete Rose-like hustle to first base after a walk is a nod to his Monkees- loving mom, who “taught me to respect whatever I was doing and that included to respect the game …. more than anything else my mom wanted you to be an honorable person.”

Nimmo, was drafted by the Mets in 2011 in the first round. No Wyoming resident has ever been selected higher in the MLB draft. He’s been a Mets fan favorite since he made his big league debut in Atlanta on June 26, 2016.

“Brandon has a huge heart for people and has his faith and he just lives that out,” Patti Nimmo beamed. “Ron and I are just so proud of him. Those are the important things. Faith, family and helping others.” 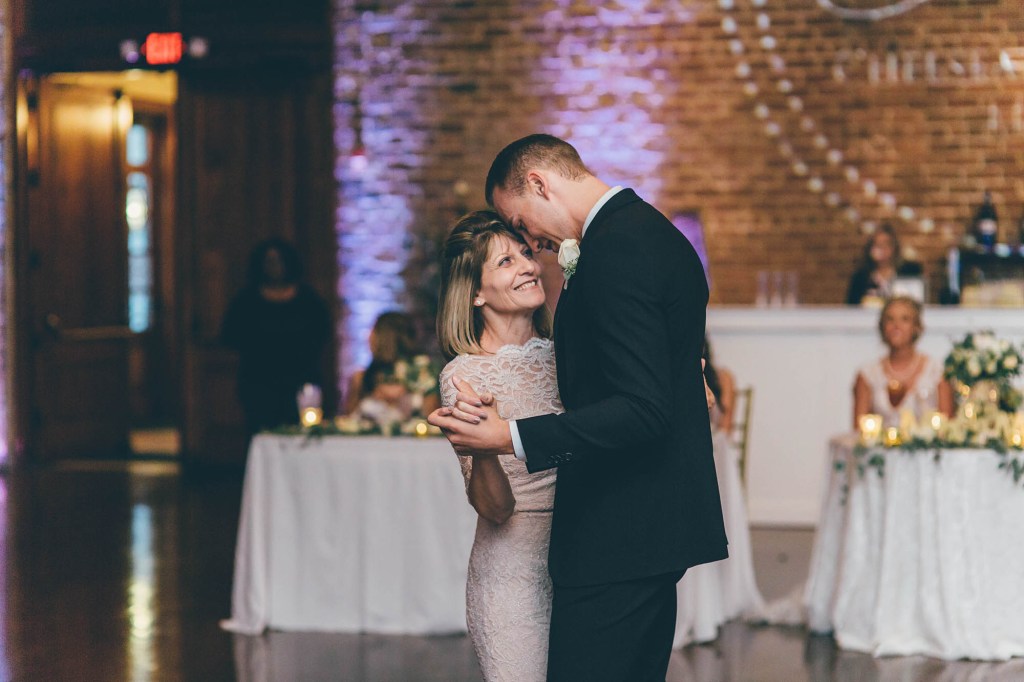 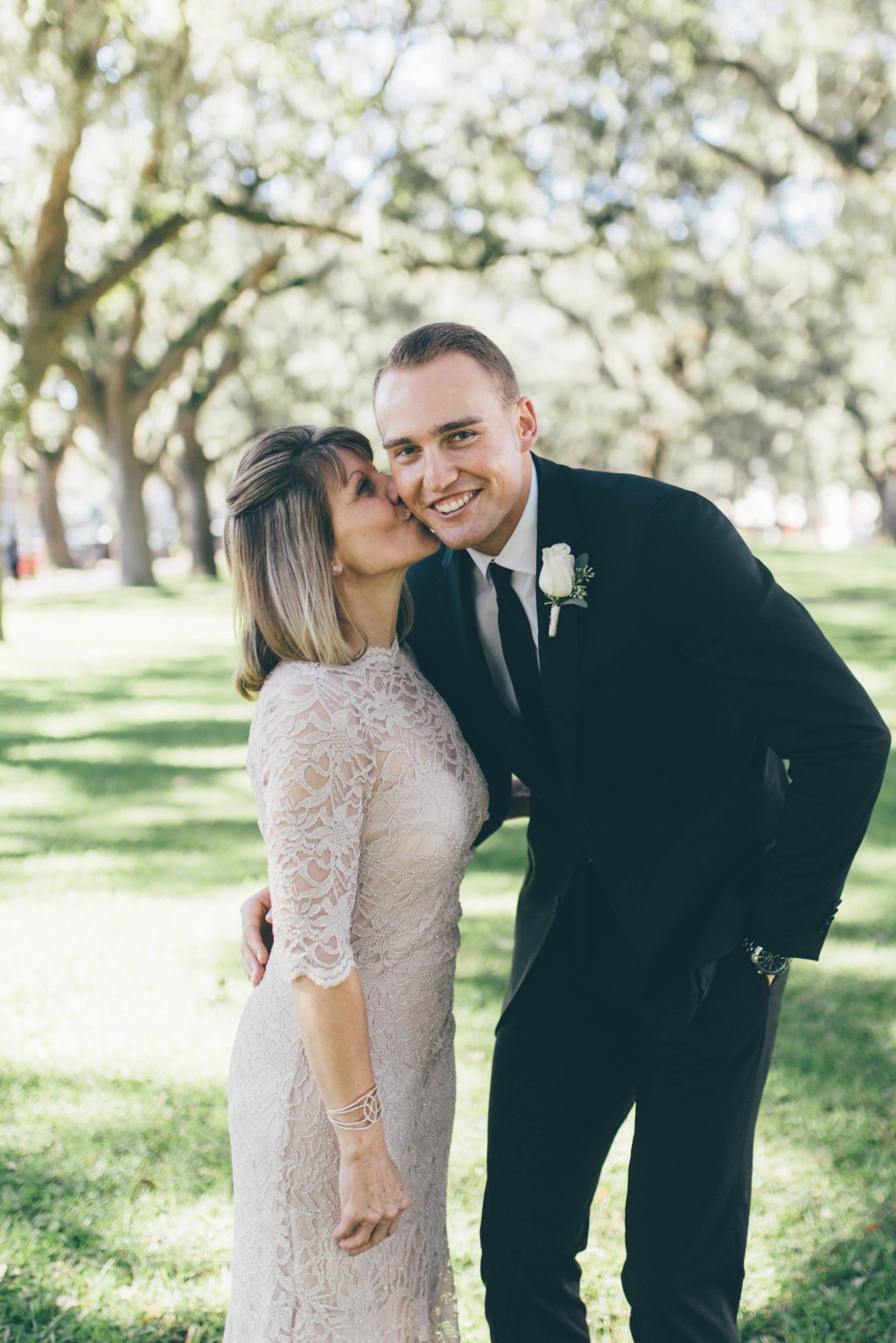 Heading into the 2021 fantasy baseball season, there was plenty…

Nimmo plans to call his mom on Mother’s Day but wanted to keep his gifts a surprise. When he gets back to Wyoming, he knows his mom’s famous chicken enchiladas will be waiting.

“I don’t know what makes them so much better than everyone else’s, but every time I come home I don’t even have to ask,” he boasted.

2. Bring Broth to a boil. Set chicken into broth with Bay leaf, Oregano, and Onion. Return to a boil, cover, and reduce heat to simmer. Cook chicken in broth 15-20 minutes or until cooked. Remove chicken breasts to a bowl and shred with 2 forks. Let cool.

3. In a medium skillet, heat 2 tablespoons oil over medium heat until it is hot, but not smoking. Line a plate with paper towels. Fry a tortilla for about 5 seconds on each side, using tongs to flip it. Transfer to the paper towels. Continue with the remaining tortillas, stacking 4 or 5 tortillas between paper towels as you pull each one out of the skillet. Add a little more oil to the pan if necessary, waiting until it is hot before continuing.

5. Working with one tortilla at a time, place it on a plate. Put shredded chicken, sprinkle with cheese, and roll up the tortilla. Place it seam side down in the baking dish. Repeat to form a total of 12 rolls, nestling them against one another in a dish. Pour the 28 oz can of Enchilada Sauce all over the top of the rolls

6. Cover the enchiladas with aluminum foil and bake 20-30 minutes, or until gently bubbling around the edges.

7. Uncover the enchiladas and sprinkle with cheese. Put back in the oven for 5 minutes.