Bronx shoot out with NYPD leaves suspect clinging for life 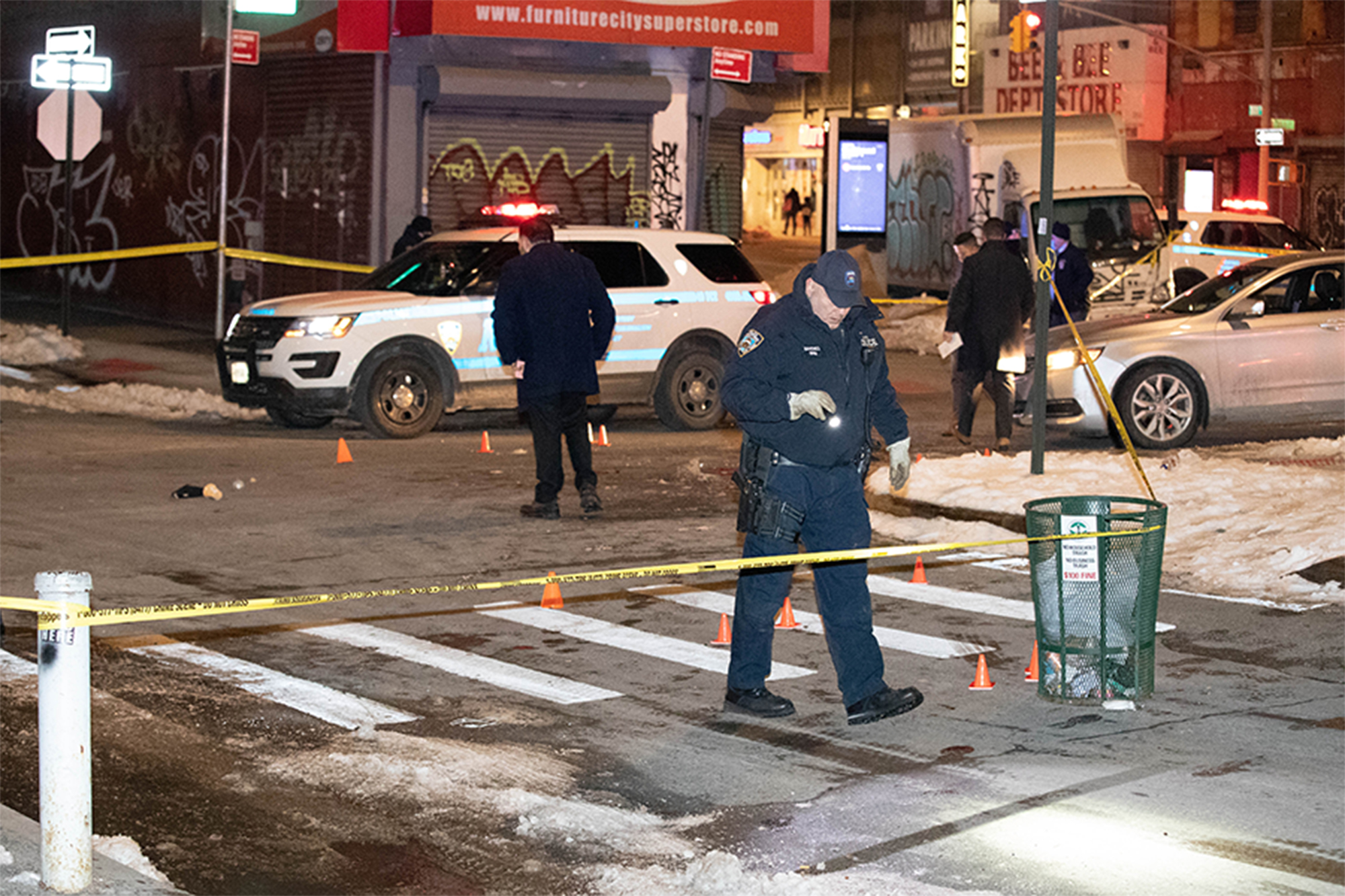 A suspect is clinging to life early Sunday after a shootout with NYPD officers in the South Bronx.

Officers had approached the suspect at half-past midnight, at the corner of East 153rd Street and Third Avenue, law enforcement sources told The Post.

The suspect pulled a gun and fired at the officers, missing, the sources said.

At least one of the officers returned fire, striking the suspect.

The suspect was taken to Lincoln Hospital near death, the sources said. His gun was recovered at the scene.

It is unclear why the suspect had been stopped at the desolate intersection, which during the day is a busy commercial strip filled with a mix of chain and mom-and-pop retail stores.

Close to 20 police cars remained there by 3 a.m., as police continued to process the crime scene.

Only a five-minute drive away, at East 152nd Street and Westchester Avenue, more police were processing the scene of a fiery, 2 a.m. car crash.

A Toyota SUV crashed into the pillar of an elevated subway line, spun, and then burst into flames.

“He crashed into the pole,” one witness, who gave his name as Luis, told The Post.

“I was in my second-story apartment and I heard the boom. I look out the window, and the guy was running, the driver,” he said.

“And the car was on fire. The cops chased him right away — I’m guessing they were already chasing him.”

Luis and a second witness said a second person was pulled by cops from the burning vehicle.

“They pulled him out in cuffs,” she said.

Standing up to Gov. Cuomo is an ‘ethical duty’ for lawmakers