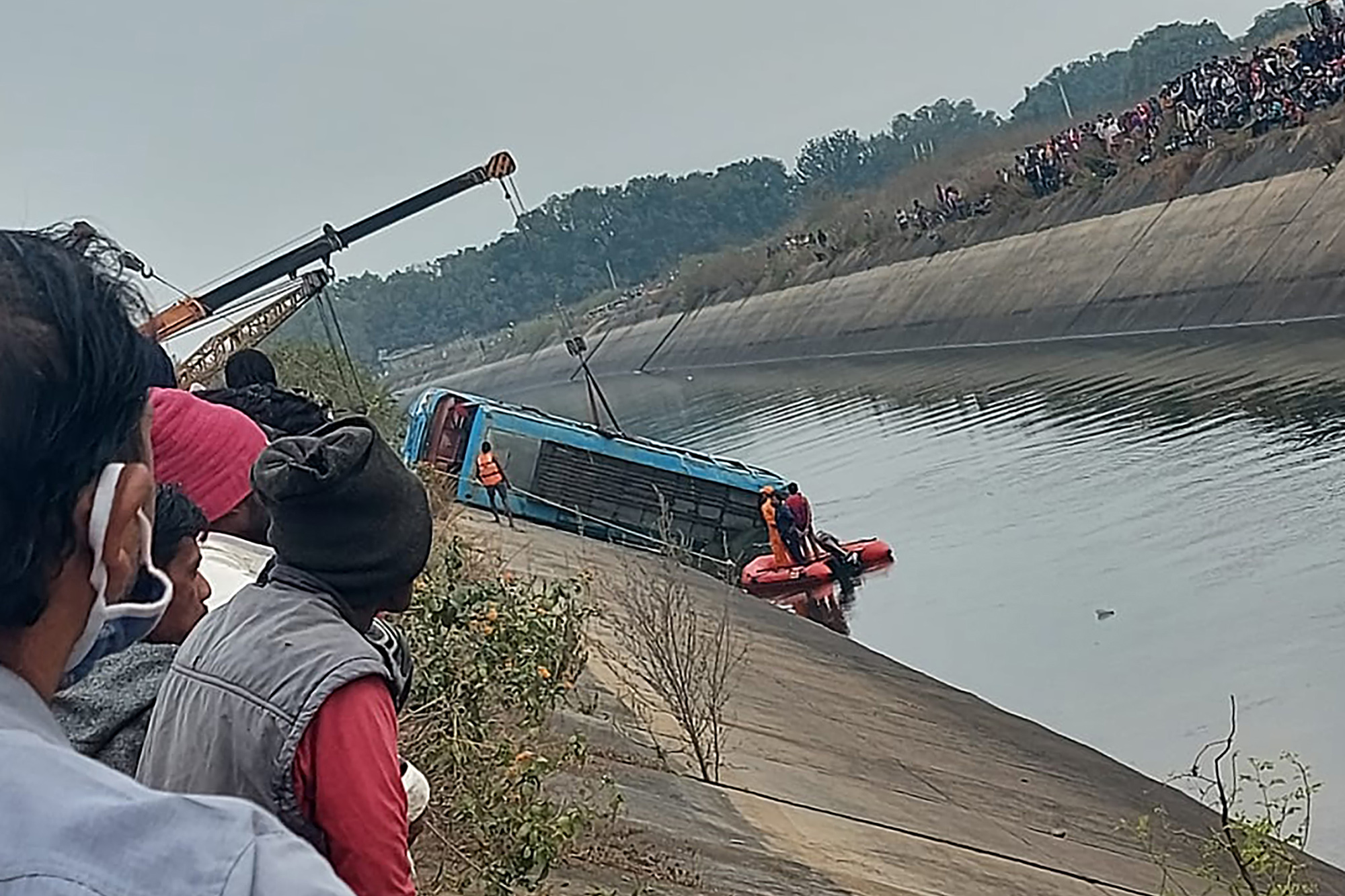 NEW DELHI — An overcrowded bus drove off a bridge and into a canal in central India on Tuesday, killing at least 40 people, an official said.

He said more than 46 people were on board the bus, which was designed for 34.

Rescuers recovered 40 bodies and were searching for other passengers. The water supply to the canal was cut to aid the rescue effort.

The bus was traveling from Sidhi district to Satna district when the accident occurred. Officials were investigating the cause.

Prime Minister Narendra Modi tweeted his condolences to families of the victims and called the accident “horrific.”

Police say more than 110,000 people are killed every year in road accidents across India. Most crashes are blamed on reckless driving, poorly maintained roads and aging vehicles.