Celtics, Heat are two teams moving in opposite directions 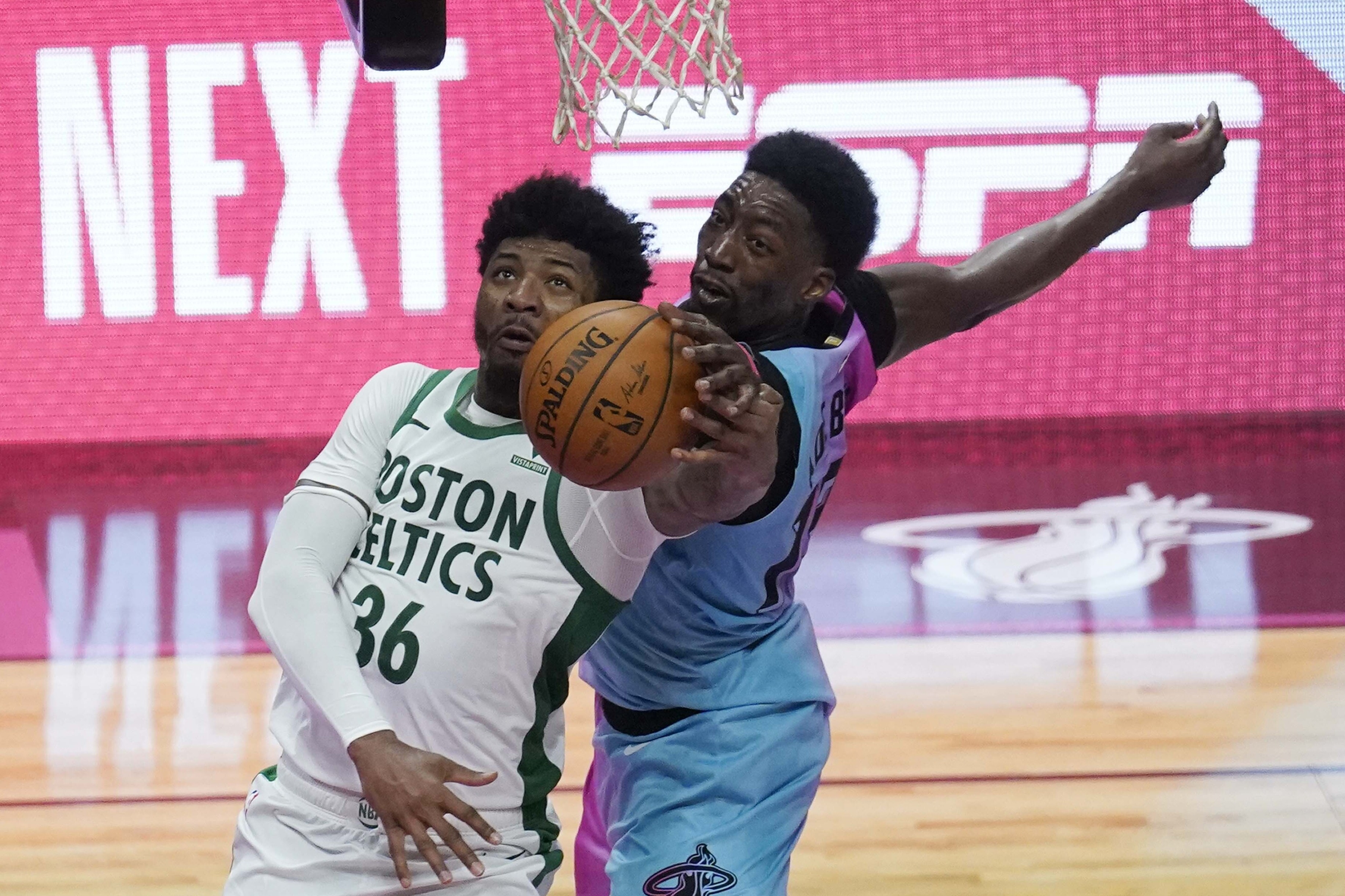 The NBA is approaching the All-Star break, and teams have started to show us what they are with about 32 games in the books. This week, I’m looking at two teams in particular, the Heat and the Celtics.

I believe these franchises are heading in opposite directions. Miami’s season was derailed by injury and COVID-19 absences. Yet the Heat have maintained their intensity on defense, showing bettors signs of improvement as they continue to get some continuity with their personnel.

Meanwhile, the inherent flaws in Boston’s roster have started to rear their ugly heads. A team many believed would find its way back to the Eastern Conference finals is now struggling to keep itself out of the play-in game.

Miami is getting warm

About two weeks ago, I thought the Heat were on the verge of a run. They had won three straight, but had covered just one of those games. The betting market had seemingly soured on the Heat, making them 1.5-point underdogs to the Rockets in a game the Heat won. Miami lost its next three games, however, failing to cover each time, and I backed away from my hypothesis. Well, the Heat were 3-0 SU and ATS in their last three entering Wednesday and are slowly starting to look like the team that won the Eastern Conference last season.

The Heat are second in defensive efficiency since Jimmy Butler returned from a foot injury, allowing 107.2 points every 100 possessions. Opponents were shooting just 44.1 percent from the floor and 35.6 percent from 3-point range. Because the Heat’s defense has been so efficient, they have managed a +2.0 net rating despite ranking 22nd in offense over that stretch. What happens when Miami starts to find its way on offense?

The Heat finished last season seventh in offensive efficiency and second in 3-point shooting. This season has been derailed by injuries and disease, so their inconsistencies are understandable. Miami is a fantastic candidate to right the ship as it builds continuity. Right now, the Heat are 30/1 at BetMGM to win the NBA title, and 33/1 can be found. Those prices could look pretty good when the dust settles in the Eastern Conference.

The Celtics lost on Tuesday night in Dallas, extending their slide to 3-7 SU and ATS entering Wednesday. Boston’s offense has really taken a step back during this slump, averaging only about 109 points per 100 possessions over this stretch. The problem has been an offense that has no flow.

Sunday in New Orleans, the Celtics’ offense devolved into isolation sets for Jaylen Brown, Jayson Tatum or Kemba Walker, and as a result they managed just 0.9 points per possession in the second half. This has been a problem all season, and it is why the Celtics rank 28th in assist rate at 54.5 percent. Yes, Marcus Smart has been sidelined with a calf injury, but Smart is not going to fix what is wrong with Boston’s offense. Where does the improvement come from then?

In short, nowhere. This is what the Celtics are going to be this season. They are still a quality defensive team, and that will still lead to a postseason berth. But this is a thin team that lacks ingenuity on offense, and that will hold Boston back from competing for the Eastern Conference title.

Smith College student was not victim of racism, probe finds

‘Godzilla vs. Kong’ director wants you to care about the beasts

March Madness 2021 predictions for every game