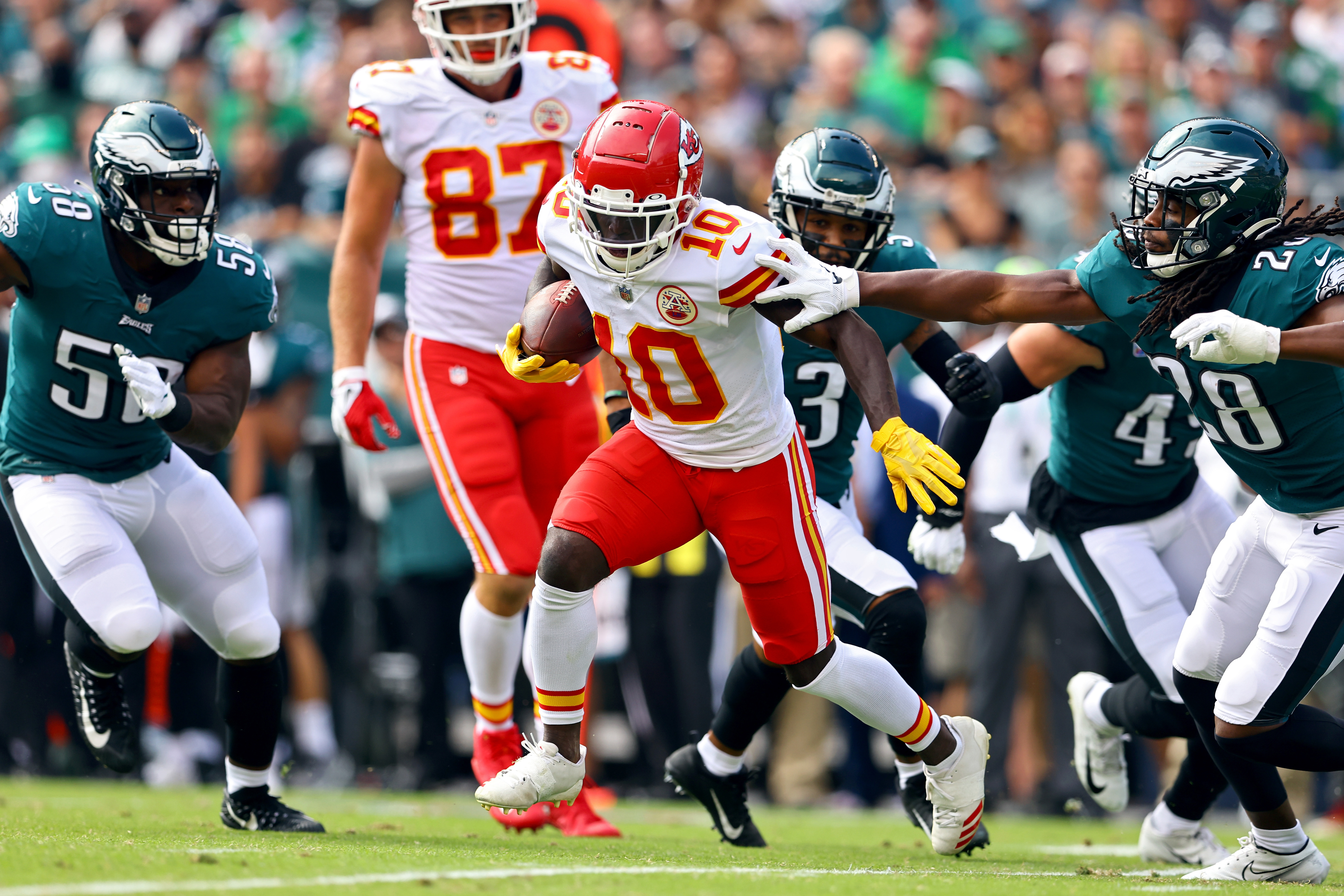 Sunday’s game between the Chiefs and Washington feels a lot like Kansas City’s game two weeks ago against the Eagles. The line is even basically the same. The Chiefs pulled away late in that one and won 42-30 with a season-high 471 yards.

In that game, Kansas City was 9-for-10 on third down. In this one, the Chiefs face the 31st-ranked third-down defense (Washington has allowed opponents to convert 56.2 percent of the time). To make matters worse, the Football Team is also 31st in third-down rate on offense as well, converting just 30.5 percent of their chances.

The Chiefs have a poor third-down defense themselves, but could get a respite from a Washington offense that has problems staying on the field. Washington doesn’t have a Jalen Hurts at quarterback, though Taylor Heinicke is a pretty mobile guy.

It just feels as if there are a lot of similarities here, and that Eagles clash was a game in which Kansas City found a good bit of success. One concern is that Clyde Edwards-Helaire had a huge game on the ground, and he looks to be out for a while, but the Chiefs should be able to figure it out with more touches for Tyreek Hill or Mecole Hardman.

The Washington defense was shredded by both the Chargers and the Bills. The Chargers left a lot of points on the field, with short field goals and two red-zone turnovers. Los Angeles also finished the game taking knees inside the 10.

The Chiefs don’t have much margin for error: They’re two games back of the Chargers, and L.A. has a head-to-head win. This isn’t a must-win for Kansas City, but it is a game the Chiefs should win — and by a large margin. Their losses have been to playoff teams and they had that close, comeback win against the Browns. They won by double digits against the only bad team they’ve faced and should get the chance to make up ground against Washington, Tennessee and the Giants the next three weeks.