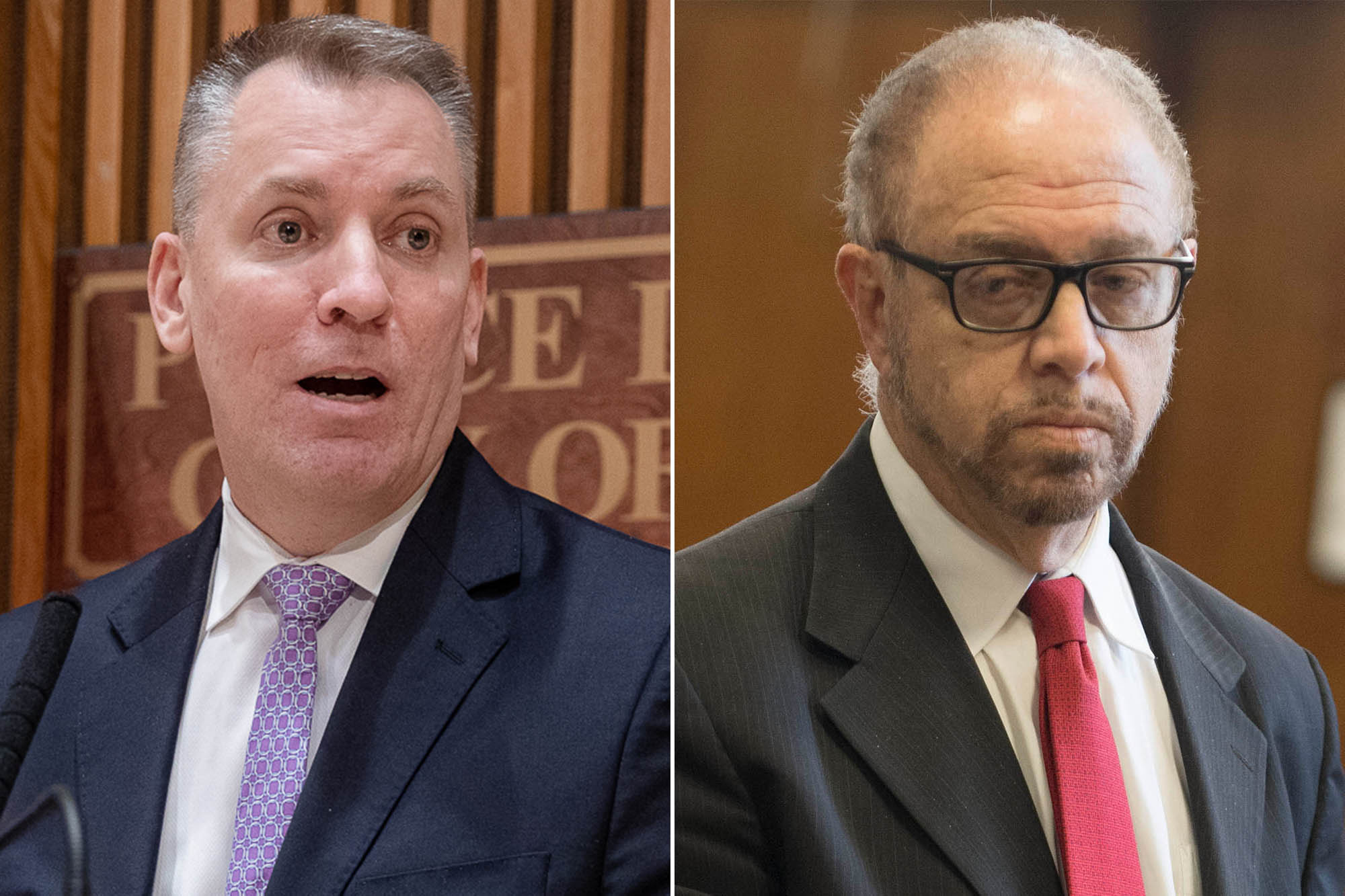 A prominent labor lawyer running to replace Corey Johnson on the City Council says NYPD Commissioner Dermot Shea should be “hung by his cahones (sic).”

Arthur Z. Schwartz, one of six candidates in the West Side’s District 3, which includes Greenwich Village, Chelsea, and Hell’s Kitchen, made the vulgar remark in a candidate questionnaire by the Jim Owles Liberal Democratic Club, a citywide advocate for the LGBTQ community.

“Should the NYPD Vice Squad be eliminated?” the survey asked, one of several questions on police and jail issues.

“Should Dermot Shea be fired immediately?”

“Hung by his cahones,” Schwartz wrote, misspelling cajones, the Spanish word for testicles.

Schwartz, 68, a longtime progressive activist, has been endorsed by Black Lives Matter of Greater New York and the Transportation Workers Union, among others.

His son,  Jacob Schwartz, a former de Blasio administration employee, was sentenced in 2019 to three years in prison after pleading guilty to possessing child pornography.

Schwartz made no apologies for his comment. “Shea is never, ever critical of  anything his officers do,” he told The Post. “I think he has only exacerbated tensions between the police and both the minority community and white activists… and I think that’s disgraceful.”

This 7-year-old dresses as horror icons