Civilian leaders tell people to defend themselves after two are killed 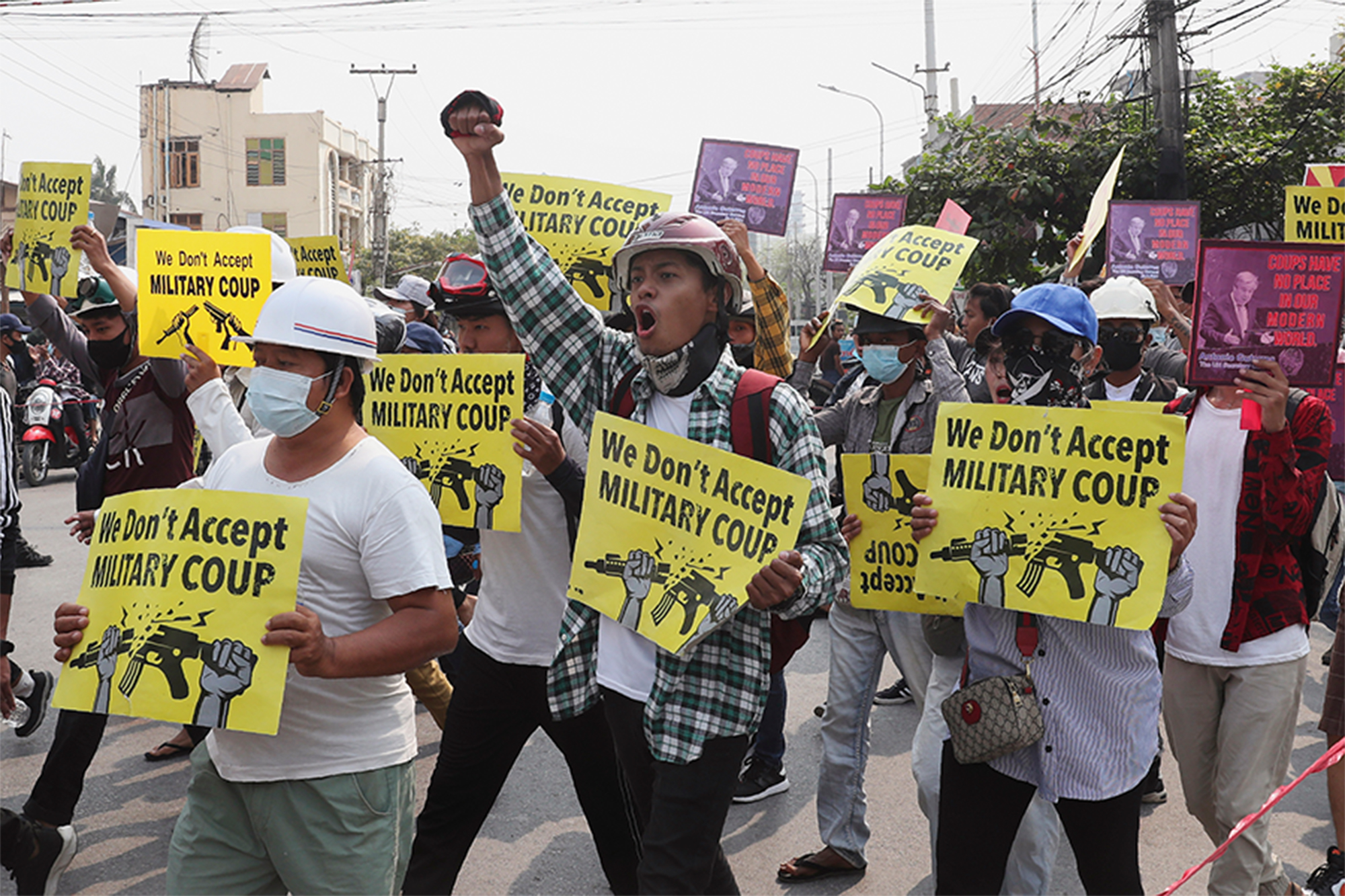 At least two people were killed when security forces fired on anti-junta protesters in Myanmar on Sunday, witnesses and domestic media said, while the acting leader of the parallel civilian government said it will seek to give people the legal right to defend themselves.

More than 80 people had been killed as of Saturday in widespread protests against the military’s seizure of power last month, the Assistance Association for Political Prisoners advocacy group said. Over 2,100 people have been arrested, it said.

Mahn Win Khaing Than, who is on the run along with most senior officials from the ruling National League for Democracy Party, addressed the public via Facebook on Saturday, saying, “This is the darkest moment of the nation and the moment that the dawn is close”.

He said the civilian government would “attempt to legislate the required laws so that the people have the right to defend themselves” against the military crackdown.

The Monywa township in central Myanmar declared it had formed its own local government and police force.

In the commercial capital Yangon, hundreds of people demonstrated in different parts of the city after putting up barricades of barbed wire and sandbags to block security forces.

In one area, people staged a sit-in protest under sheets of tarpaulin rigged up to protect them from the harsh midday sun. “We need justice,” they chanted.

Security forces launched tear gas shells and then opened fire on protesters in the Hlaing Tharyar district of the city, witnesses said. According to unconfirmed reports, one person was killed.

At least 13 people were killed on Saturday, one of the bloodiest days since the Feb. 1 coup, witnesses and domestic media said.

Two people were killed in the central town of Pyay and two died in police firing in the commercial capital Yangon, where three were also killed overnight, domestic media reported.

“They are acting like they are in a war zone, with unarmed people,” said Mandalay-based activist Myat Thu. He said the dead included a 13-year-old child.

Si Thu Tun, another protester, said he saw two people shot, including a Buddhist monk. “One of them was hit in the pubic bone, another was shot to death terribly,” he said.

A truck driver in Chauk, a town in the central Magwe Region, died after being shot in the chest by police, a family friend said.

A spokesman for the junta did not answer phone calls from Reuters seeking comment. Junta-run media MRTV’s evening news broadcast on Saturday labeled the protesters “criminals” but did not elaborate.

Nets point to Pistons loss as when they turned season around