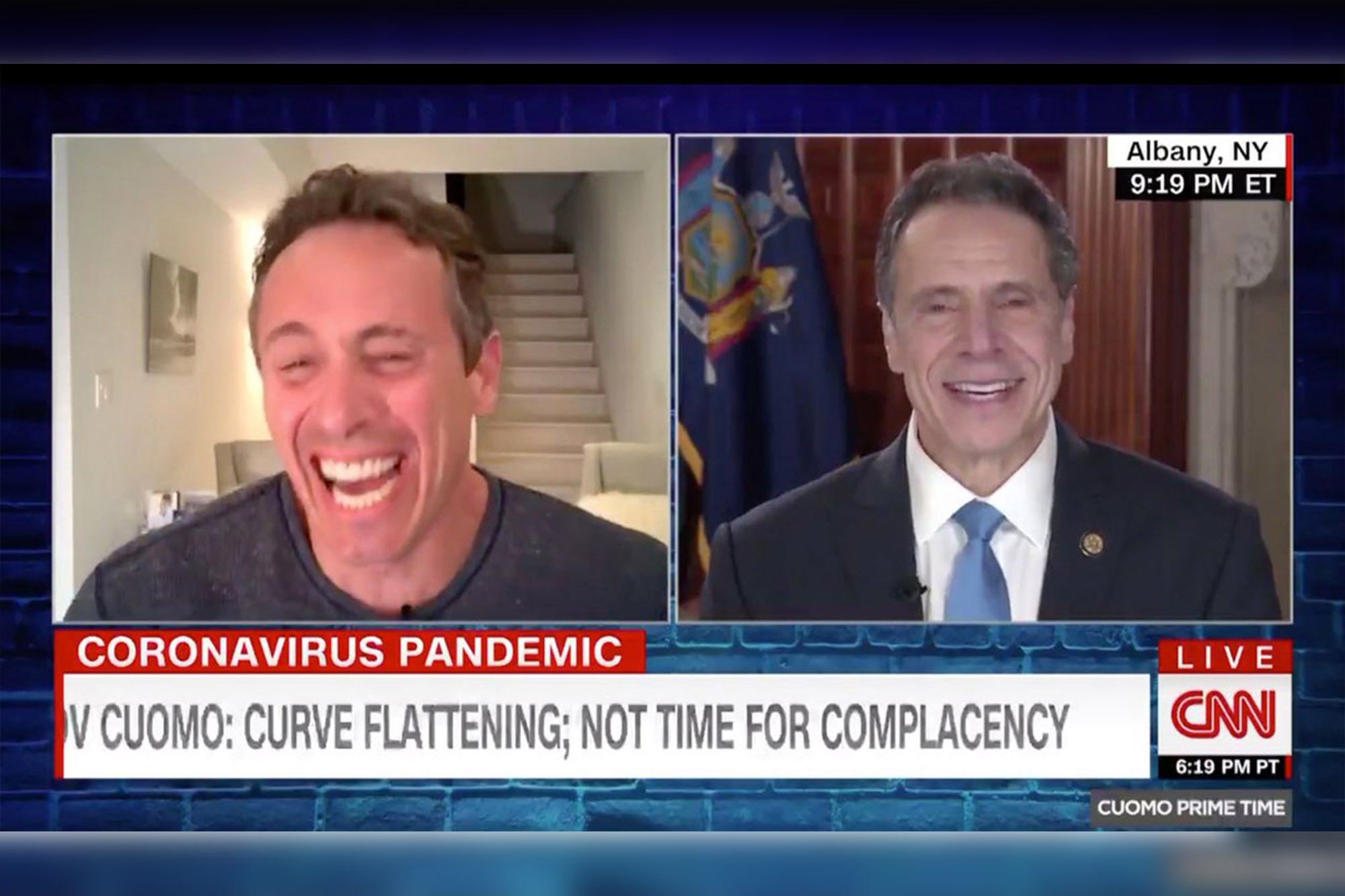 “I would be remiss if I didn’t mention CNN’s own huge media story here,” Wemple said.

“Chris Cuomo, the anchor at the 9 o’clock hour, who covered Andrew Cuomo and had all these wonderful love-a-thon interviews with him — more than 10 of them.”

“They suspended the conflict of interest rule for Chris Cuomo for those interviews,” Wemple continued. “Yet all of a sudden they’ve enforced it again now that Andrew Cuomo was in the midst of an historic scandal in the Albany statehouse.”

“I think that is major black eye for CNN,” he concluded — before Stelter changed the subject.

CNN said last month that it reinstated its “rule” that prevents Chris Cuomo from interviewing or covering his brother, reversing policy after the governor made frequent appearances in 2020.

The TV host briefly addressed the allegations against his brother on air on March 1.

“Obviously I am aware of what’s going on with my brother,” the anchor said at the top of his primetime show. “And obviously I cannot cover it, because he is my brother.”

“Now, of course CNN has to cover it,” the host continued. “They have covered it extensively and they will continue to do so.”

Cuomo, 63, has been accused in recent weeks of inappropriate behavior or remarks by seven women, but has strongly denied doing anything improper. He is also under fire for withholding data on the rue number of COVID-19 deaths in state nursing homes.