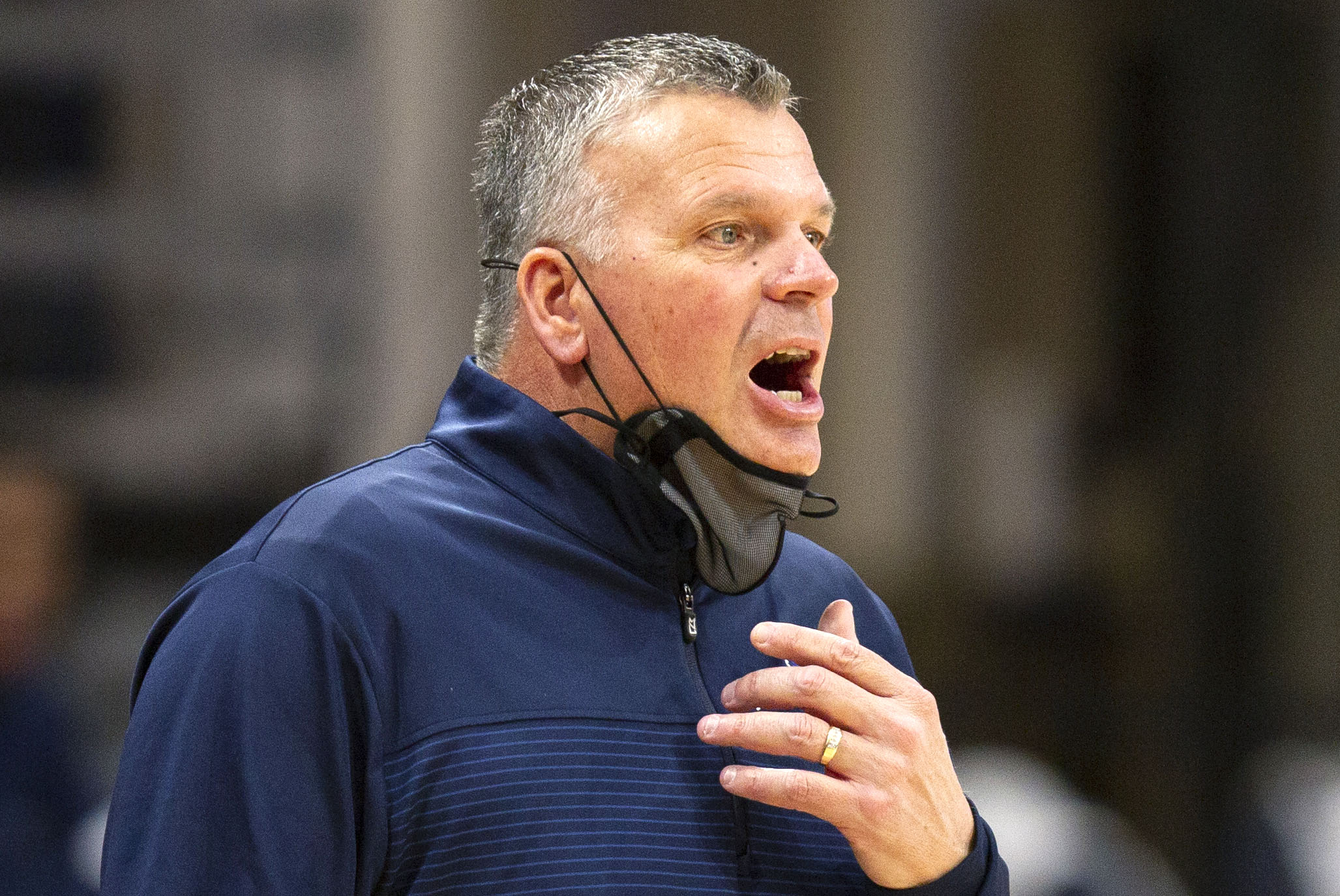 VILLANOVA, Pa. — Creighton coach Greg McDermott said he made an “awful mistake” for using language that caused pain for the players “that look to me as a mentor and as a leader.” He was on the bench for the Bluejays for the first time since he apologized on social media for urging his players over the weekend to “stay on the plantation.”

“We need to get back to Omaha and regroup a little and have some more conversations which we need to have so that I can help them and they can help me,” McDermott said.

McDermott’s use of a phrase evoking slavery overshadowed what was expected to be fantastic showdown between the top two teams in the Big East.

Justin Moore scored 24 points and helped No. 10 Villanova capture the Big East title with a 72-60 win over 14th-ranked Creighton.

“The pain I saw in their eyes was immense,” McDermott said after the game. “That’s a cross that I’m going to have to bear for a while. I’m going to come out of this on the other end a better person because of it. But it’s going to be a process.”

McDermott did not answer any questions about his remarks and stood by an apology he issued on social media.

McDermott said on Creighton’s pregame radio show that he offered to resign. The coach said he had a long meeting with players on Sunday night and said he saw “pain in their face(s)” and hoped “one mistake doesn’t define you.”

McDermott said he wanted to make sure the Bluejays (17-7, 13-6 Big East) wanted him to remain as coach and apologized for the “distraction that I brought to this team for the choice that I made.”

McDermott said the Bluejays — whose players wear “equality” on the back of their jerseys — did not ask for him to resign.

“Our guys wanted me to coach and that’s my job,” McDermott said on the radio.

McDermott has been Creighton’s coach since 2010. McDermott, who is white, acknowledged saying: “Guys, we got to stick together. We need both feet in. I need everybody to stay on the plantation. I can’t have anybody leave the plantation.”

The coach added that he apologized directly to Creighton’s president, the Rev. Daniel Hendrickson, and athletic director Bruce Rasmussen.

Creighton assistant coach Terrence Rencher, who is Black, tweeted that he was “deeply hurt” by McDermott’s words.

The school said any disciplinary action would remain confidential.

McDermott was on the sideline and received a fist bump from seemingly all but one player as they ran off the court from pregame warmups.

McDermott isn’t off the hot seat yet. He’s faced mounting criticism and Creighton could have to make any kind of punishment public. The Big East released a statement Wednesday saying, “there is no place in our society for language that evokes painful chapters in our nation’s history.”

Jeremiah Robinson-Earl had 14 points and 14 rebounds for the Wildcats (16-4, 11-3), who raced to a 19-point lead and clinched their seventh regular-season title under coach Jay Wright in the last eight seasons.

The Wildcats lost Collin Gillespie, their star senior guard averaging 14.4 points, to a left knee injury in the first half. He writhed in pain on the court and immediately needed help to the locker room. Gillespie will have an MRI on Thursday.

“It’s serious. We don’t know exactly what it is, but it’s serious,” Wright said.