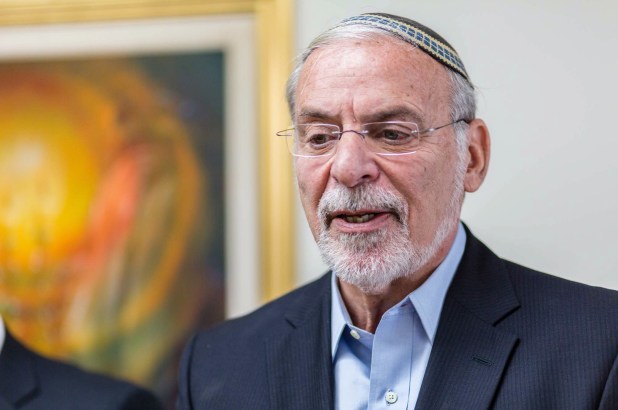 “Saturday Night Live” wasn’t getting any laughs on West 49th Street, as dozens turned out with bullhorns and signs to protest a joke from the week before about vaccinations in Israel.

The crowd, led hours before the show aired by former state Assemblyman Dov Hikind, chanted “Shame on NBC!” and “Anti-Semitism is not funny!” outside NBC’s West 49th Street entrance.

Comedian Michael Che had sparked backlash when he joked on a recent “Weekend Update” segment: “Israel is reporting that they’ve vaccinated half of their population. I’m going to guess it’s the Jewish half.”

“It’s amazing that they have not apologized yet,” Hikind told The Post.

“They did something so egregious, so horrible, I’m personally sick and tired of a major network like NBC indulging in spreading hate. That’s basically what they did.”

He vowed to continue “whatever has to be done” until the issue is recognized.

“I’m not going to be silent about this stuff that really endangers the Jewish people,” he said.