Cuomo accuser lashes out at his supposed apology 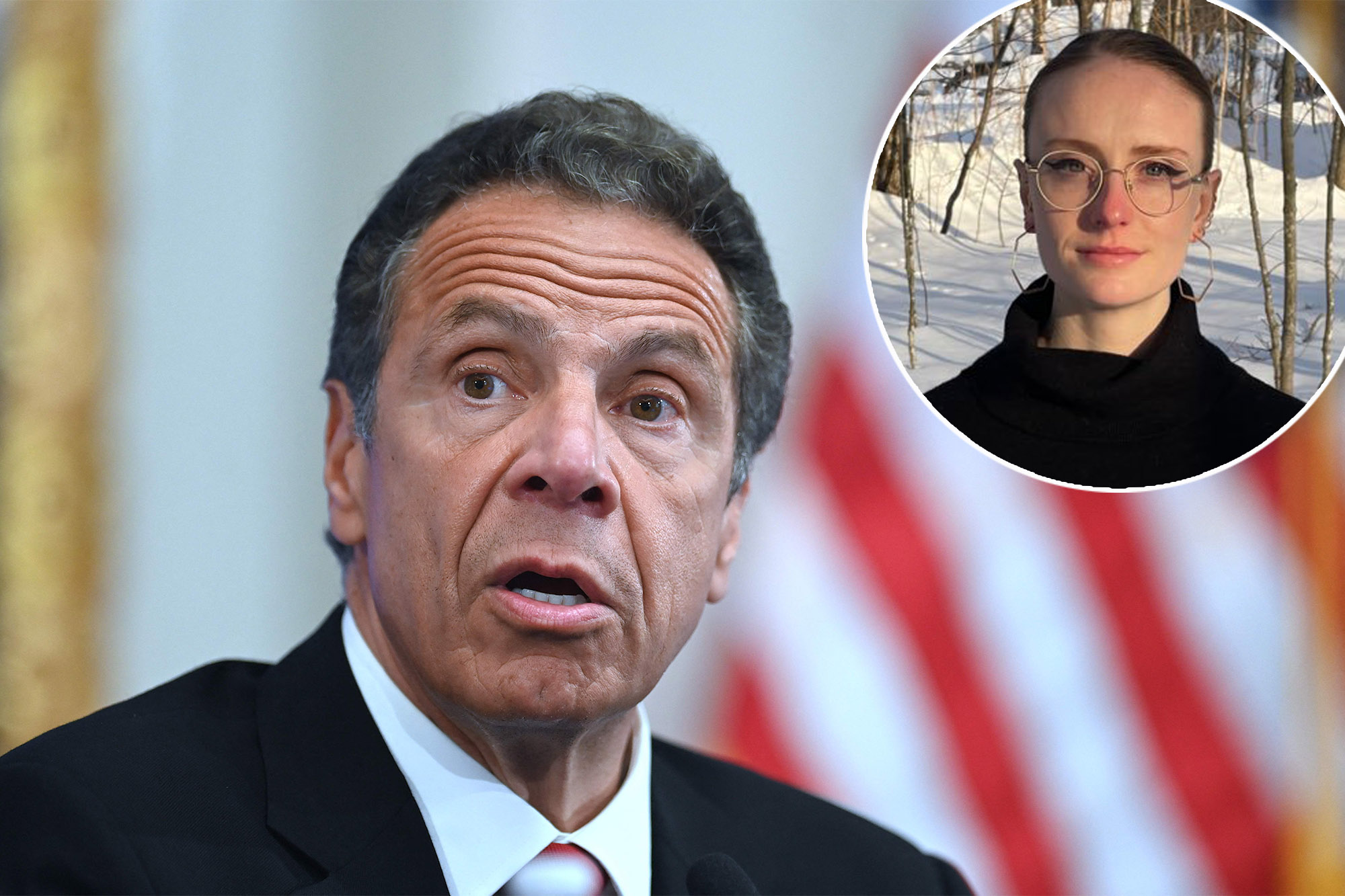 One of Gov. Andrew Cuomo’s sex-harassment accusers Monday ripped him for trying to explain away his past actions as just “jokes’’ — seething that he is refusing to “take responsibility for his predatory behavior.

“As we know, abusers — particularly those with tremendous amounts of power — are often repeat offenders who engage in manipulative tactics to diminish allegations, blame victims, deny wrongdoing and escape consequences,” former gubernatorial aide-turned-accuser Charlotte Bennett said in a scathing statement.

“It took the governor 24 hours and significant backlash to allow for a truly independent investigation,’’ she said of Cuomo’s move to at first personally appoint a retired judge to review the allegations against him, before finally caving in to outcry and passing the probe to the state attorney general.

“These are not the actions of someone who simply feels misunderstood; they are the actions of an individual who wields his power to avoid justice,’’ Bennett said of Cuomo.

“The governor has refused to acknowledge or take responsibility for his predatory behavior,” she said.

“To the governor’s survivors: I am here. Lindsey is here.  You do not have to say a single word. But if you choose to speak your truth, we will be standing with you. I promise,” Bennett said, referring to herself and Cuomo’s other public accuser, former aide Lindsey Boylan.

Bennett, 25, has said Cuomo, 63, asked her inappropriate questions and made her feel as if he “wanted to sleep with me” when she worked as one of his aides last spring.

When she told the governor she was thinking about getting a tattoo, he suggested she put it on her butt so her dresses would cover it, she said.

Her accusations came after Boylan accused the governor of making unwanted sexual advances, including kissing her and asking her if she liked to “play strip poker.”

“At work, sometimes I think I am being playful and make jokes that I think are funny. I do, on occasion, tease people in what I think is a good-natured way.

“I now understand that my interactions may have been insensitive or too personal, and that some of my comments, given my position, made others feel in ways I never intended.

“I acknowledge some of the things I have said have been misinterpreted as an unwanted flirtation. To the extent anyone felt that way, I am truly sorry about that,” Cuomo said.

He ended his statement by saying, “My officehas heard anecdotally that some people have reached out to Ms. Bennett to express displeasure about her coming forward. My message to anyone doing that is you have misjudged what matters to me and my administration and you should stop now — period.”

Bennett responded to the last bit in her statement Monday, too, saying, “In a clear effort to perform a sensitivity that he simply does not possess, the governor has implied that he wants his supporters to stand down and respect my decision to speak out.

“In coming forward. I fully expected to be attacked by those who reflexively question the honesty or motivation of those who report sexual harassment. I am not deterred by these voices.”

Her lawyer, Debra Katz, said in the statement that the idea any impartial investigator would consider “the governor’s self-serving characterization of his behavior as mentorship or, at worst, unwanted flirtation” was preposterous.

“He was not acting as a mentor, and his remarks were not misunderstood by Ms. Bennett,” Katz said. “He was abusing his power over her for sex.  This is textbook sexual harassment.

“If, as the governor now acknowledges, he talked to young women who worked for his administration in this manner, the problem is a systemic one.”

Erica Vladimir, of the Sexual Harassment Working Group, called Bennett “the hero that we never should need.”

“I’m really grateful for her coming forward and choosing to speak out about this and not stay behind the scenes, because I know that adds so much more pressure and reliving the trauma,” said Vladimir — a former staffer of ex-Bronx state Sen. Jeff Klein who accused the pol of once forcibly kissing her.

Klein is currently the subject of a probe by the state Joint Commission on Public Ethics over the alleged incident, which he has denied ever happened.

Vladimir added to The Post of Bennett, “But as she said, ‘We’ll be standing with you.’

Mike Piazza to take on bigger role with Mets