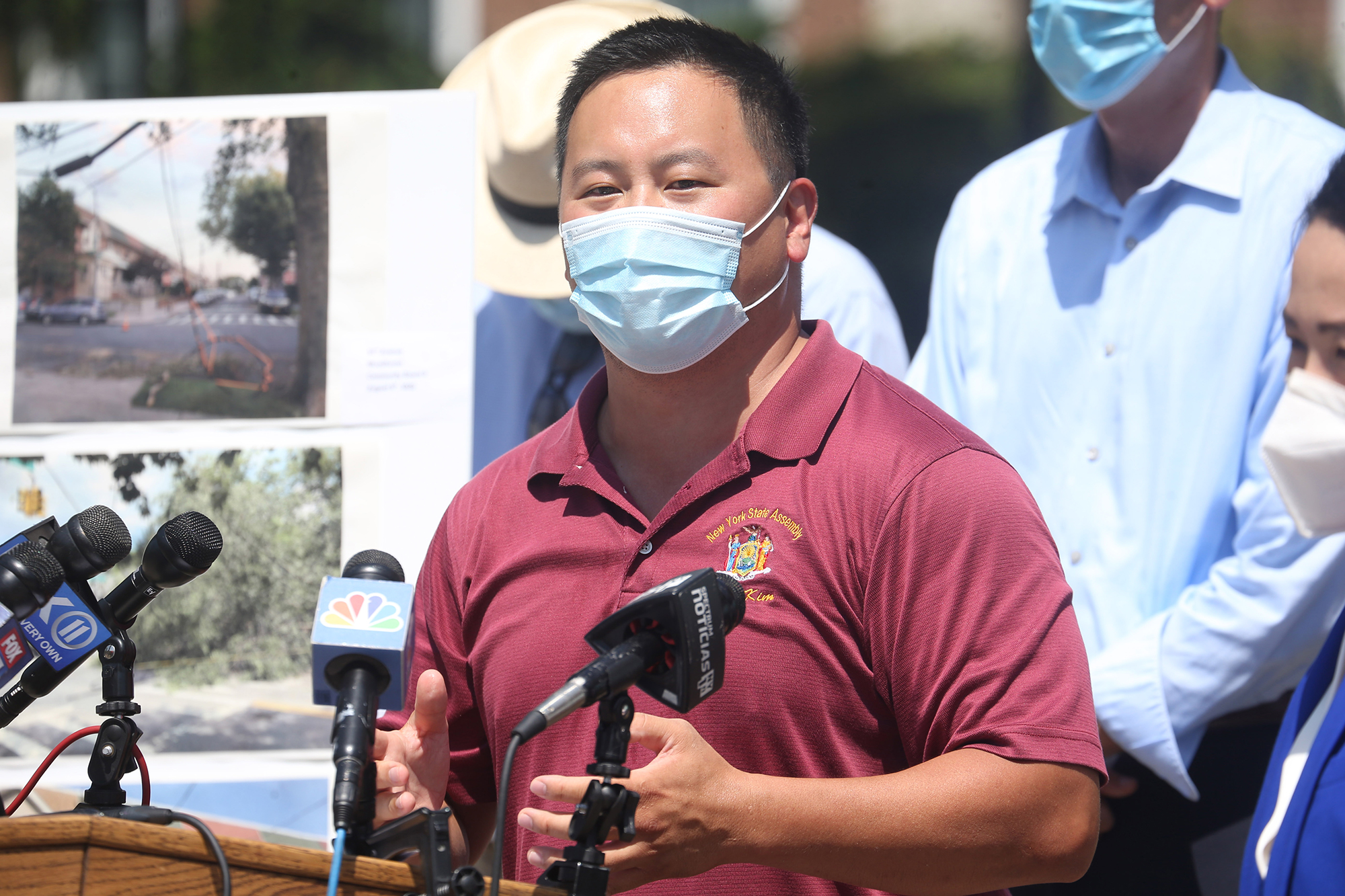 A state lawmaker from Queens says Gov. Andrew Cuomo threatened that he’d be “destroyed” if he didn’t help contain the damage over Cuomo’s cover-up of nursing home deaths from COVID-19.

Assemblyman Ron Kim (D-Queens) on Wednesday said he got a phone call from the governor on Thursday night, shortly after The Post exclusively revealed how secretary to the governor Melissa de Rosa privately admitted that Cuomo’s administration withheld death data for fear it would be “used against us” by federal prosecutors.

“At first, there was a silence on the phone,” Kim said. “Then the governor says, ‘Mr. Kim, are you an honorable man?’”

Kim — who said he was “in the middle of bathing my kids” — said Cuomo asked him to draft a statement “to say that Melissa de Rosa said there was a federal investigation and they had to deal with that first.”

During the conversation, Kim said, Cuomo warned him, “You have not seen my wrath. I have been biting my tongue for months.”

“I can tell the whole world what a bad person you are and you will be finished,” Kim recalled Cuomo saying.

“You will be destroyed.”

Cuomo was so angry, Kim said, that “my wife could hear the governor yelling into the phone.”

At one point, Cuomo — a former state attorney general — also asked Kim if he was a lawyer, which he is not.

“After that call, we were devastated. My wife didn’t sleep at all,” Kim said.

Later, Cuomo “called me four or five times on Saturday” but he didn’t pick up, Kim said.

Kim has been among Cuomo’s most outspoken critics since his uncle, Son Kim, died in a nursing home in April after suffering symptoms of COVID-19.

On Tuesday, he introduced legislation to strip Cuomo of his pandemic-related emergency powers, and he also sent a letter — co-signed by eight Assembly Democrats — that accused Cuomo of violating the federal law against obstruction of justice.

Cuomo’s office didn’t immediately return a request for comment, but during a news conference earlier Wednesday, the governor hurled unfounded allegations against Kim.

Among other things, Cuomo accused Kim of switching his position on a 2015 law regulating nail salons because “businesspeople in his community got upset.”