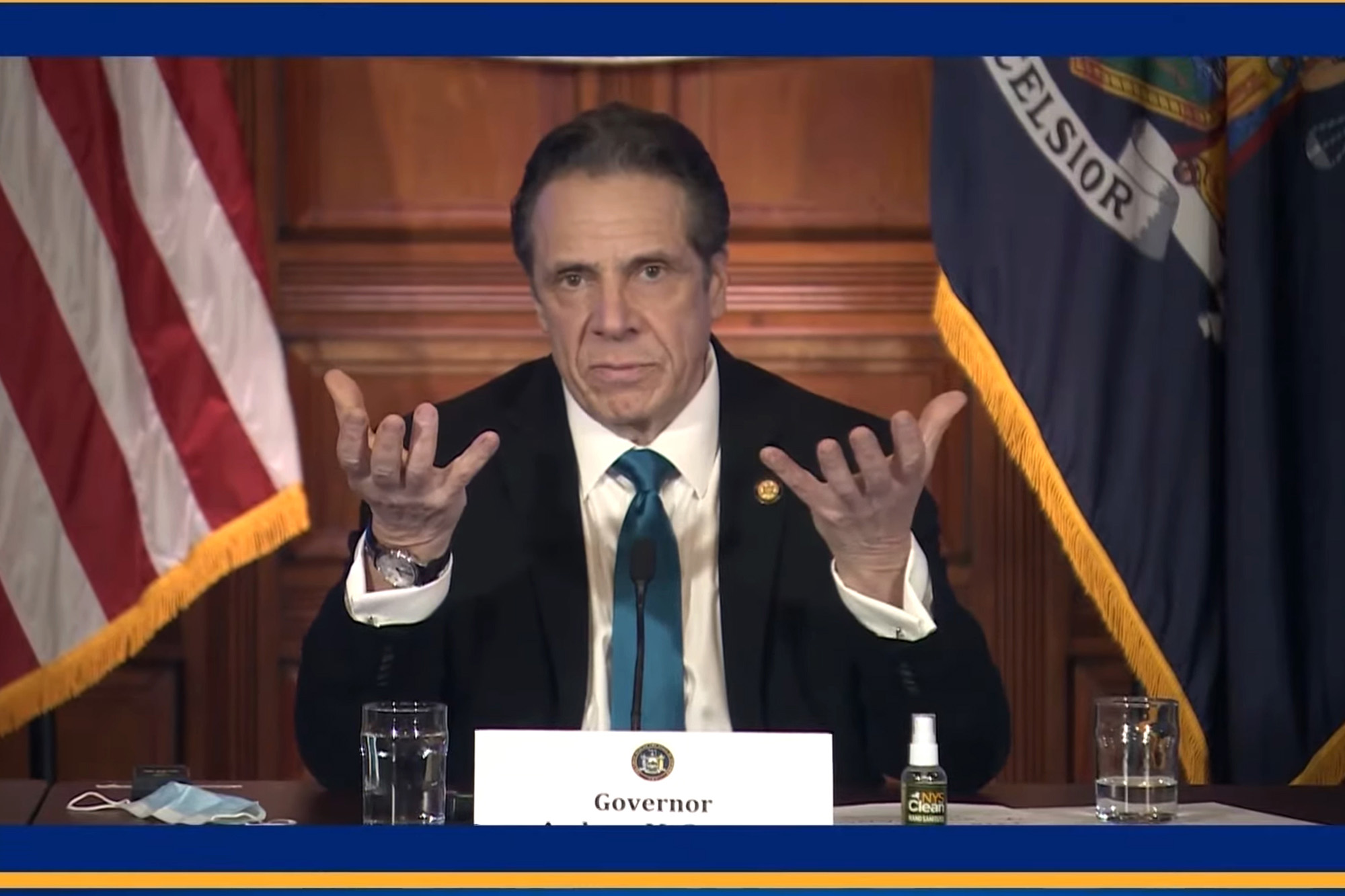 Gov. Cuomo didn’t just “wildly mismanage” his state’s COVID response, “while netting himself a lucrative book deal and an Emmy. He did something worse,” explains The Guardian’s David Sirota: “He used his office to help one of his largest political donors shield itself” as “15,000 nursing-home residents died from COVID-19” — and then underreported that death toll. In total, “Cuomo’s political machine received more than $2 million from the Greater New York Hospital Association (GNYHA), its executives and its lobbying firms.” And in April, he pushed through a “provision shielding hospital and nursing-home executives from legal consequences if their corporate decisions killed people during the pandemic.” This month, his top aide, Melissa DeRosa, admitted the administration “not only withheld information about nursing-home deaths, but did so in order to preemptively avoid political and legal consequences.”

The left’s embrace of people like Dyjuan Tatro, a senior adviser for the Democratic Congressional Campaign Committee, “is evidence of a broader problem with how Democratic leaders talk about law enforcement,” argues Commentary’s Christine Rosen. Tatro has “compared cops to Nazis,” labeled Capitol police “white supremacists” and “unequivocally praised the lawlessness and destruction” of the George Floyd riots. When Minneapolis defunded its police, “the resulting surge in violent crime could not be ignored.” Meanwhile, “President Joe Biden’s administration has shown a willingness to embrace those who promote vitriol directed at law enforcement,” and Democrats have ignored both the nationwide violent crime spike and the ongoing anti-cop protests. Yet if Democrats are serious about “inclusion,” they shouldn’t “elevate people who indiscriminately slander law enforcement as white supremacists and Nazis.”

Filmmaker Martin Scorsese complains a lot “about the state of cinema,” but “the source of his dyspepsia” is that “he isn’t 17 anymore,” National Review’s Kyle Smith contends. Scorsese fondly remembers movies of his teens, but “an error nostalgists often make is to be blinded to how much things have stayed the same.” Scorsese warns that “streaming services are treating cinema as ‘mere property to be exploited,’ ” yet he might rejoice “at the innovations that have opened up the film vaults.” Cinema “is far more accessible to the average person today,” and if Scorsese can’t see that, it’s because “he faces the same danger as any other 78-year-old of becoming . . . overly attached to the past and resistant to change.”

The pandemic eroded women’s gains in the labor force, and now “a new pro-labor bill threatens women’s advancement further,” warns Patrice Onwuka at Real Clear Politics. The bill, called the Protect the Right to Organize Act, restricts independent contracting, even though such arrangements are vital to women, allowing them to earn money and “advance their careers while balancing competing priorities of child care, virtual learning or caring for aging parents.” A 2018 survey shows “flexibility is important to 94 percent of working women in the gig economy.” Women who can’t work “in these flexible arrangements” will leave the workforce. “If Congress supports women’s progress and equality, it will oppose the PRO Act.”

The “cold front spreading suffering and inconvenience” through Texas ensures that the debate over energy and climate policy “is going to be a mean one,” predicts William Murchison at Spectator USA. For one thing, underlying the question of whether the US energy market suffers from “too much regulation” is “the strategic question of what we should be doing about climate change” in the first place. But if Texas proves that “there’s too little energy available to keep America safe from the ravages of winter and summer,” the obvious solution is “more energy.” Americans once knew that “when you need more of something, you go out and get it.” Recent events in Texas can do much to restore “common sense of the generous old kind.”