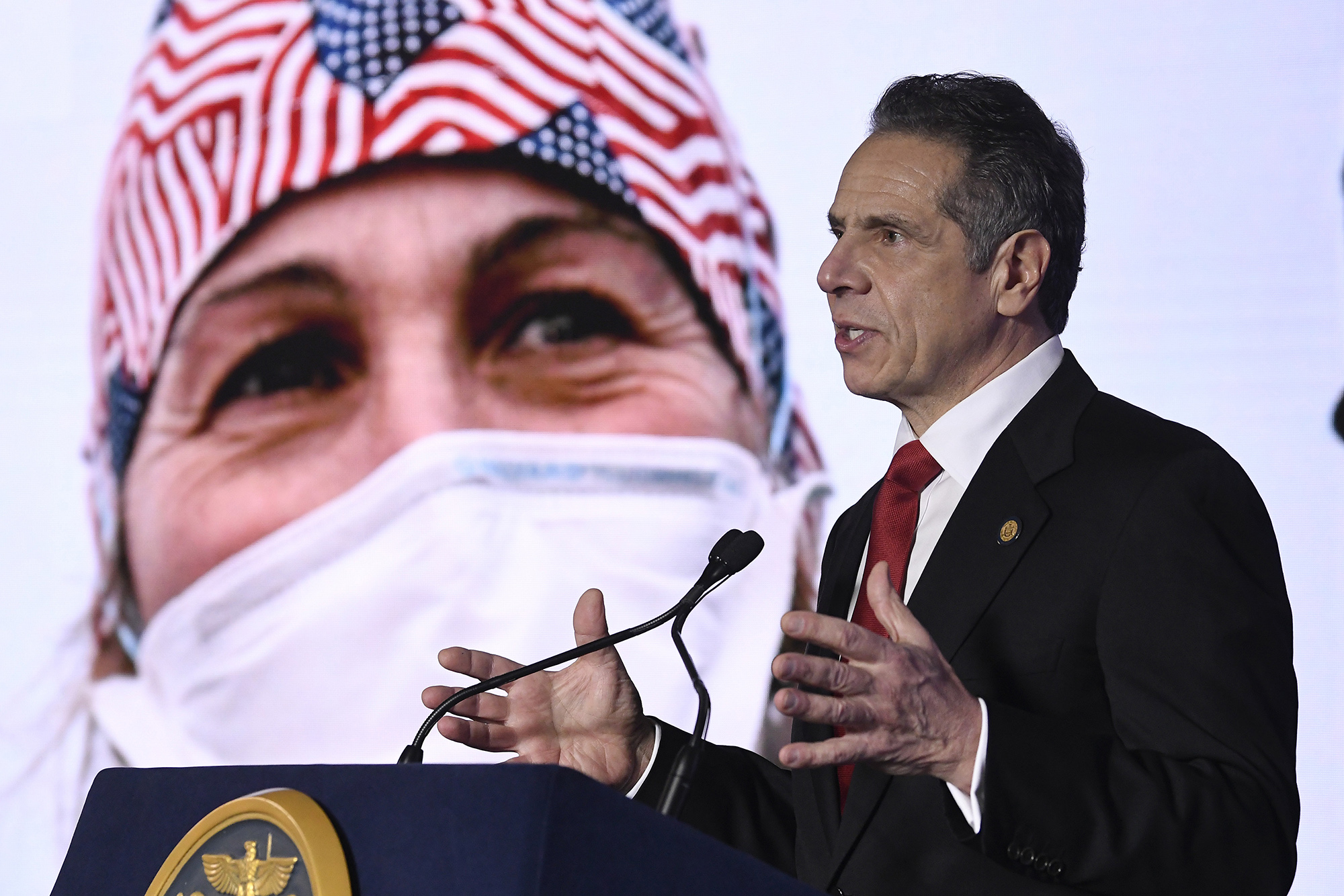 Nine Democratic members of the New York State Assembly on Tuesday accused Gov. Andrew Cuomo of federal obstruction of justice in a letter seeking support to strip him of his COVID-19 emergency powers.

The move followed last week’s exclusive Post report that revealed Secretary to the Governor Melissa DeRosa admitting to Democratic lawmakers that Cuomo’s administration covered up data about the total number of nursing home residents killed by the coronavirus.

The letter, sent Tuesday to members of the Assembly, said, “It is now unambiguously clear that this governor has engaged in an intentional obstruction of justice, as outlined in Title 18, Chapter 73 of the United States Code.”

“In response to this criminal use of power, Assemblymember Ron Kim and Senator [Alessandra] Biaggi are introducing a bill to repeal the amendments to the Executive Law that were passed by the Legislature one year ago…that expanded the Governor’s authority to unilaterally suspend entire state statutes in response to an impending state emergency,” Kim (D-Queens) and other lawmakers wrote.

“This is a necessary first step in beginning to right the criminal wrongs of this Governor and his administration.”

The letter warned that if the Legislature fails to act — including by overriding an eventual veto and potentially launching impeachment proceedings against Cuomo — “then we too shall be complicit along with this administration in the obstruction of justice and conscious omission of nursing homes death data.”

“We must absolutely consider above all the sanctity of the democratic institution that we call the Legislature of the State of New York, and resolutely pursue justice in the face of an executive who we can say without hesitation has engaged in criminal wronging.”

During recorded comments to Democratic lawmakers last week, DeRosa said the Cuomo administration hid the nursing home death because officials feared it could be “used against us” by the federal Department of Justice.

In an interview with The Post, Kim said he believed Cuomo had violated the section of federal law that covers “obstruction of criminal investigations of health care offenses.”

Kim also said Cuomo’s administration was “just telling lie after lie” about its handling of nursing homes amid the pandemic.

“It’s not safe to have someone like Cuomo have extraordinary powers,” Kim said.

“He cares more about his own political and personal well-being than the most vulnerable members of our community.”

Cuomo’s administration for months refused requests from lawmakers and news media organizations, including The Post, and also fought a Freedom of Information lawsuit filed by the Empire Center for Public Policy rather than reveal the numbers of nursing home residents who died in hospitals.

But Health Commissioner Howard Zucker finally came clean and released the figures last month in response to a damning report by Attorney General Letitia James, who estimated the data would boost the official nursing-home death toll by more than 50 percent.

According to the latest official Department of Health figures, a total of 13,432 nursing home residents had been killed by COVID-19 as of Monday.Cuomo’s office didn’t immediately return a request for comment, but during a news conference Monday, he said, “Emergency powers have nothing to do with nursing homes.”