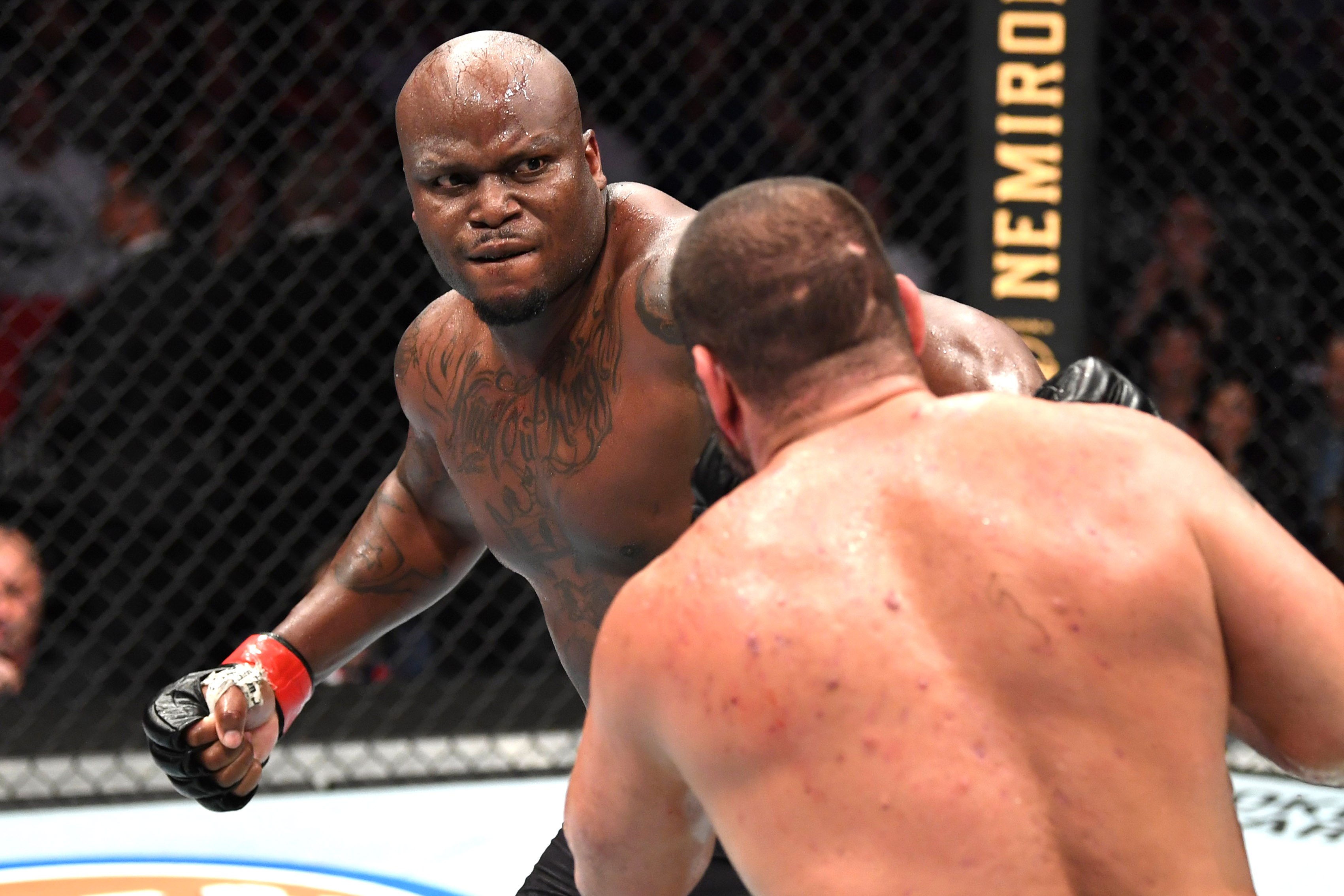 And, as hard as he hits and as thrilling as his victories have been, he might be better at joking around.

“You can’t take everything so serious,” Lewis told The Post over the phone on Thursday. “Life is already serious as it is.”

Case in point: In promoting Saturday’s UFC Fight Night main event against Curtis Blaydes, scheduled for five rounds at UFC Apex in Las Vegas and airing on ESPN+, the organization’s official Twitter handle shared a video of Lewis analyzing his opponent’s skills and discussing his own strategy in dealing with them, albeit with a tongue-in-cheek, opposite-day slant.

“I believe he’s one of the best strikers in the UFC,” a straight-faced Lewis (24-7, 20 finishes) says of Blaydes, known for an unapologetic preference to take the fight to the floor rather than stand and strike. “I believe that I’m an All-American wrestler now. I don’t want to do any more striking. I don’t want to stand up with anyone anymore. I just want to take him down, hold him there and win on points.”

Lewis, who has won three in a row entering the weekend, has landed seven takedowns in 20 trips to the octagon, while Blaydes (14-2, 10 finishes) in his latest win over Alexander Volkov in June secured 14, according to UFC Stats.

Don’t fall for Lewis’ misdirection, including the part in the video when he says of his UFC-record 11 (T)KO victories, “if you go back and look at the tape, it’s like, a lot of those guys just took the fall.” No, when “The Black Beast” connects with a bomb, odds are good that “fall” won’t have a soft landing.

Just ask Volkov, whom Lewis defeated in October 2018 to earn his only crack at the UFC championship — he lost to Daniel Cormier a month later at Madison Square Garden. After absorbing 133 total strikes compared to 40 dished out over nearly three full rounds and on his way to a sure defeat by decision, the 6-foot-3 brawler from Houston crumpled the 6-foot-7 kickboxer with a nuclear bomb of an overhand right. The action was called with 11 seconds left in the bout.

That, somehow, may not have been the most memorable moment of Lewis’ night for all the millions who purchased the record-breaking UFC 229 pay-per-view to watch the Khabib Nurmagomedov vs. Conor McGregor lightweight title fight.

Lewis had removed his fight trunks and was standing in the octagon in a set of boxer briefs, shorts slung over his shoulder, as color commentator Joe Rogan approached for a post-fight interview in the octagon. Rogan asks the obvious question: “Derrick, why’d you take your pants off?” Without missing a beat, Lewis colorfully replies that something in his nether regions “was hot” as he put the board shorts back on. He went on to crack wise about beating a Russian on behalf of the former president and shooting down the idea that he deserved the title shot he would ultimately earn because “I need to sit my Black ass down and do some more cardio. … I ain’t trying to fight for no title right now with no gas tank like that.”

The laughs don’t stop at home, where he told The Post “my kids are the only people in the world that can really make me laugh, like crying laugh.” He admits he can drive them crazy “all the time, every day,” although he points out wife April is capable of giving it right back to him.

Keeping things light helped Lewis get through turmoil throughout his life, a topic he understandably doesn’t often rehash in great detail. Suffice it to say that his sense of humor was a powerful tool in putting his troubled teen years and three-plus years of incarceration in his early 20s firmly behind him, focusing on making money in the fight game to create a better life for his family than he had growing up.

“I’ve been through a lot in my life and learned how you gotta laugh a little,” Lewis told The Post.

US officially rejoins Paris Climate Accord