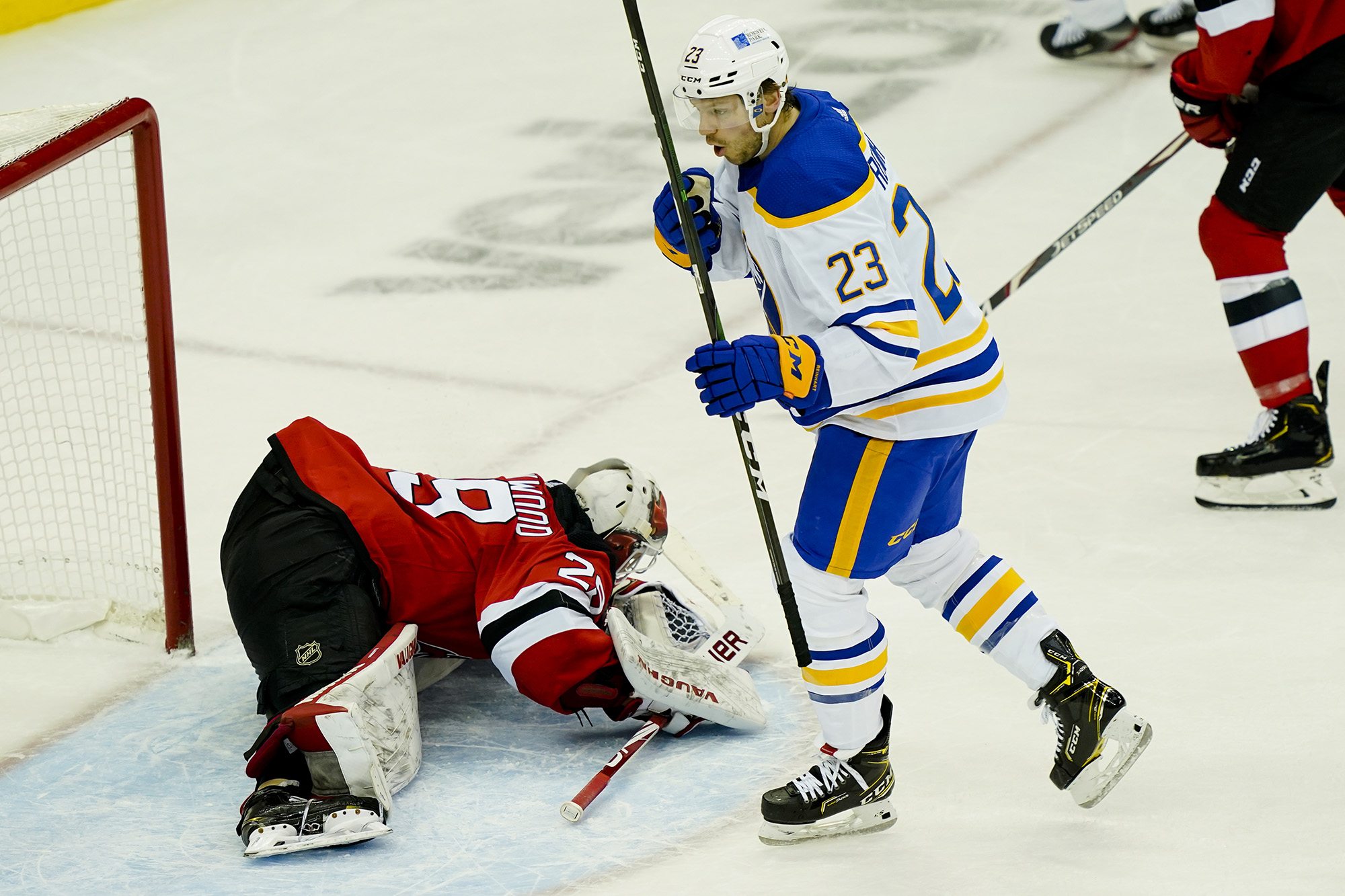 NEWARK, N.J. — Sam Reinhart scored two goals and the Buffalo Sabres snapped a four-game losing streak with a much-needed 3-2 win over the Devils on Saturday.

Defensemen Colin Miller also scored and Linus Ullmark made 25 saves for the Sabres, who had not won since beating the Devils in a shootout on Jan. 30. Jack Eichel added two assists for Buffalo, which returned to play this week after missing two weeks because of the pandemic.

Kyle Palmieri and P.K. Subban scored in the third period for the Devils, who welcomed center Nico Hischier for his first game this season by naming him captain. Mackenzie Blackwood (4-1-1) had 26 saves in losing for the the first time in regulation this season.

The Sabres opened a 3-0 lead after two periods and the faceoff circle was the key. The goals came after faceoff wins in the Devils’ end.

Miller beat a screened Blackwood after Eric Staal won a faceoff. Reinhart got his fourth and fifth goals of the season in the second period after faceoff wins by Eichel.

Palmieri closed the gap to 3-1 in the opening minute of the third period. Subban scored a power-play goal with 3:16 left in regulation and the Devils’ net empty.

Miller blocked a last-second shot from between the circles by Pavel Zacha to preserve the win.

Before the game, the Devils named Hischier the 12th captain in franchise history. Hischier, 22, was selected with the No. 1 pick in the 2017 NHL Draft.