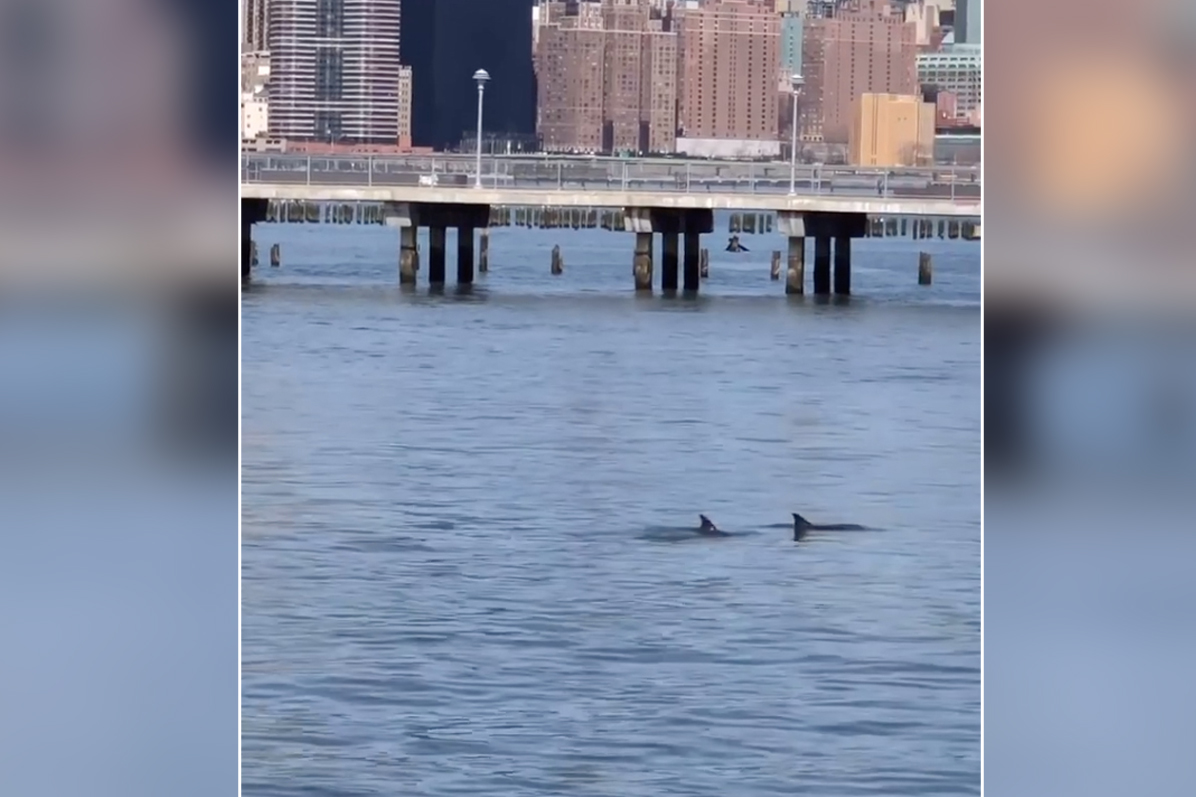 Perhaps sensing that the spirits of New Yorkers needed some uplifting after more than a year in isolation, a trio of dolphins were spotted swimming in the East River on Tuesday.

“I just thought it was such a beautiful and majestic sight to see, especially after spending so much of this past year indoors,” Cailin Anne told The Post after spotting the marine mammals near Greenpoint’s Transmitter Park.

The sightings are also a good sign of the environmental progress New York has made over the last four decades, with vast sums invested in improved water quality and pollution cleanup and mitigation.

A 2017 report by the Department of Environmental Protection found that despite a long history of industrial pollution, the city’s rivers and harbors are the cleanest they’ve been since the Civil War.

Come Earth Day, remember the dolphins and know that, for all the doomsaying, our environmental gains this last half-century have been huge.

Jay Baruchel on his starring role in sitcom 'The Moodys'

Knicks feel they have ‘been lucky’ to avoid COVID-19