Firefighter who lost his legs in crash hit with homicide rap 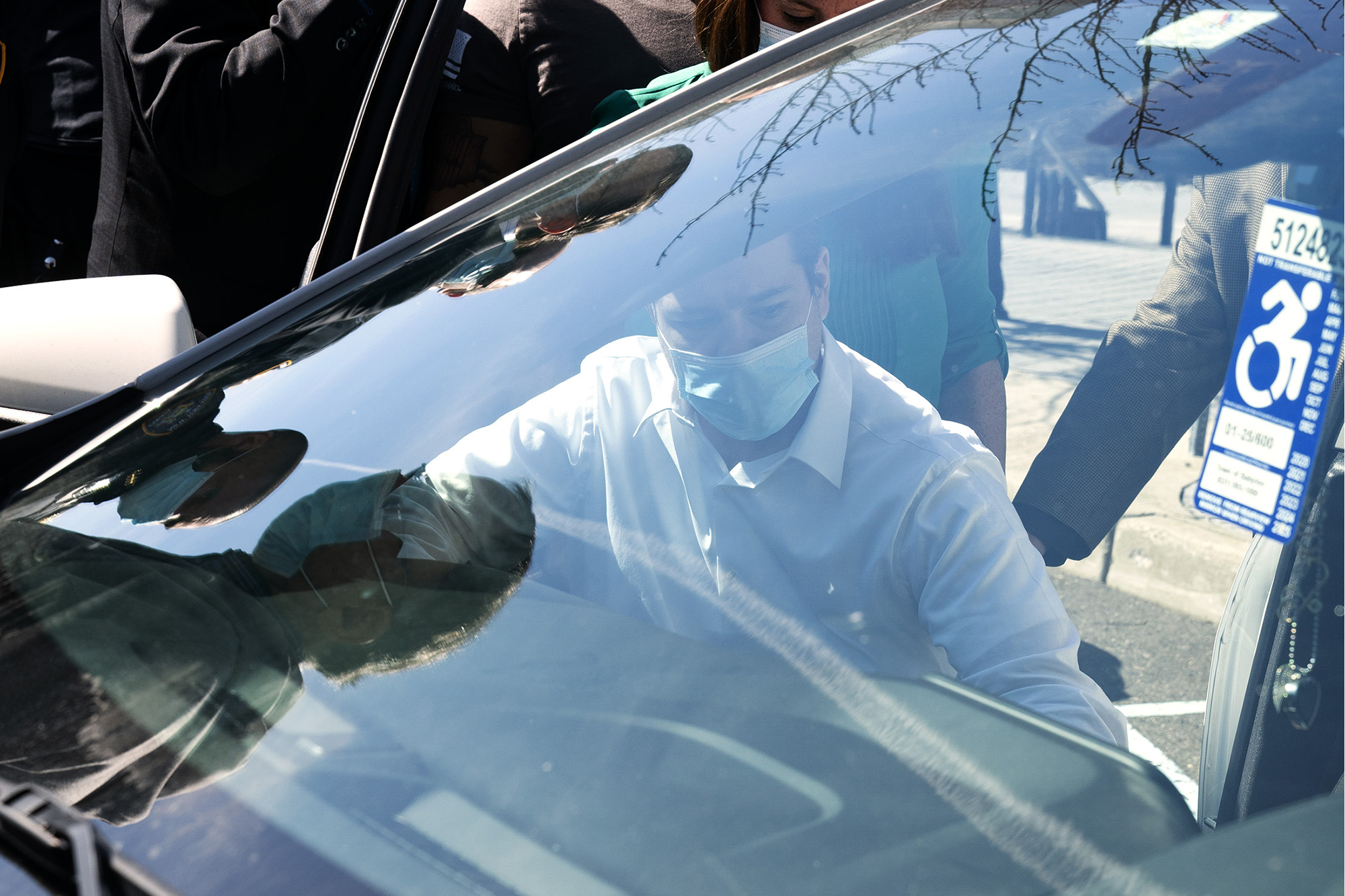 An FDNY firefighter has been indicted on homicide and manslaughter raps for a drunken wrong-way crash on Long Island that killed a Queens teacher.

Joseph Norris, 38, who lost both his legs in the collision, appeared in a wheelchair Wednesday in Suffolk County Supreme Court, where he pleaded not guilty to nine counts — including aggravated vehicular homicide and vehicular manslaughter. If convicted of the top count, he faces up to 25 years in prison.

“This was a senseless tragedy caused by someone who was sworn to protect the safety of others,” said Suffolk County District Attorney Robert Sini in a statement. “His blood-alcohol level was more than three times the legal limit when he made the decision to get behind the wheel of a car — a decision that proved to have fatal, devastating consequences.”

After the deadly Nov. 20, 2020, accident on the Sunken Meadow Parkway, Norris was initially charged with one misdemeanor count of driving while intoxicated.

The 14-year veteran of the FDNY was allegedly trashed when he left a Smithtown strip club, where he’d been for hours, before he climbed into his 2008 Chevrolet Colorado, according to prosecutors.

He drove southbound in the northbound lane for 3.7 miles before he allegedly struck a 2007 Mazda CX7 SUV, driven by Anthony Mariano, at about 7:30 p.m., court papers allege. Mariano, 44, of Kings Park, was pronounced dead at the scene.

Norris was rushed to South Shore University Hospital — where doctors had to amputate both his legs above the knee, according to his lawyer Anthony La Pinta. A blood test revealed he had a blood-alcohol level of .29 percent — three times the legal driving limit, officials said.

Justice Stephen Braslow set bail at $100,000 cash over $200,000 bond, which Norris promptly posted before leaving the courthouse flanked by his pregnant wife.

After the crash, the FDNY suspended Norris, who had been assigned to Ladder 107 in Brooklyn, News12 reported. Mariano’s grieving fiance Christine Azzolini told the station that the couple had planned to marry this summer.

“I’m so angry — he was my whole future,” she said. Mariano was a beloved history teacher at Benjamin N. Cardozo High School in Bayside, Queens.

“Joseph Norris is a loving family man and a hero fireman who has the support of his family and his fellow firefighters,” LaPinta told The Post.

An FDNY spokesman didn’t immediately return a request for comment.

Young Rangers still learning how to hold a lead