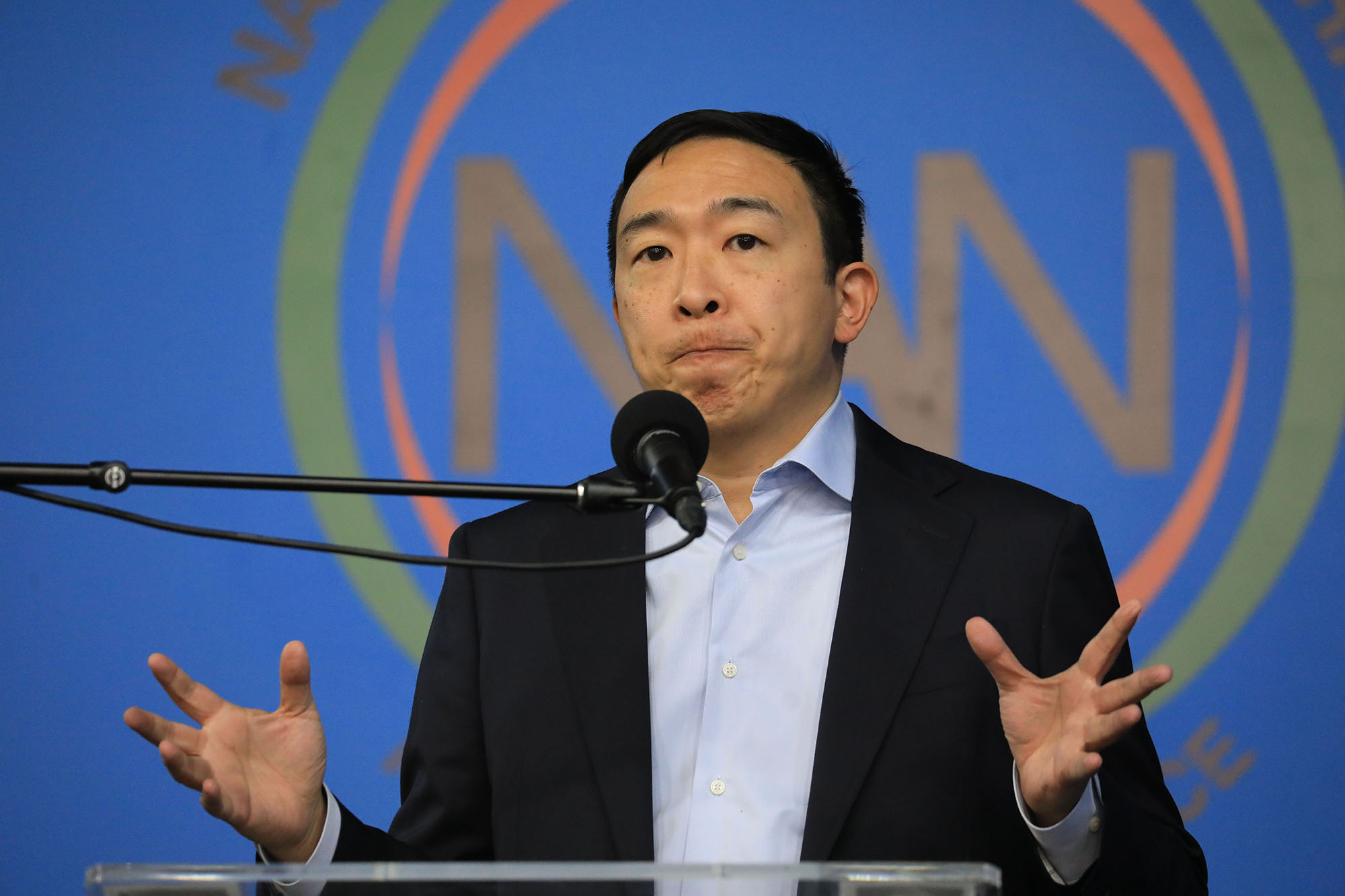 Andrew Yang is suddenly all in on casinos.

The mayoral candidate has proposed building more casinos in the city after trashing the gambling meccas in his book “The War on Normal People,” published during his longshot presidential bid.

“One thing that has surprised me is that many of these places — Baltimore, St. Louis, New Orleans, Detroit, Cleveland — have a casino smack dab in the middle of their downtown,” Yang wrote in his book.

“I’ve visited some of them on a weeknight and they are not encouraging places. Most of the people there do not seem like they should be gambling,” Yang said.

But Yang changed his tune about gambling parlors as he seeks the mayoralty. Last month he proposed building a casino on Governors Island.

“That casino would generate so much money it would be bananas,” Yang, said during a recent radio appearance on The Breakfast Club syndicated radio program.

“If the city could get that in place and harness some of that — that would be one of the engines of recovery.”

Yang also tweeted, “We need big ideas. There are many downsides of casinos but the upside is $700m+ recurring annually largely from tourists now going to CT and NJ. That’s money for teachers, hospitals and other services. We should be trying to grow revenue where possible.”

A campaign spokesman defended Yang’s support of a new casino in the Big Apple .

“No one policy is going to save us, which is why we need an all-of-the-above strategy to bring New York City back. That is why bidding on a New York City-based casino should happen before 2023,” said Yang spokesman Edwin Molina.

“Doing so would accelerate the return of jobs and tourism to our city, immediately injecting an estimated $1.5 billion in licensing fees and $900 million in new, annual tax revenue. Our City is unlike any other in the world, comparing New York to anywhere else is apples to oranges.”

Currently, New York City has one gambling parlor located next to Aqueduct Racetrack in Queens — Resorts World New York. That casino is only allowed to offer electronic table games.

Under state law, a full-fledged casino with live card games can’t open in the city until 2023.

The Yang campaign also said casinos in cities like Baltimore, St. Louis, New Orleans, Detroit and Cleveland would draw a fraction of the year-round tourism that New York City draws.

Yang has come under fire for his shifting positions on issues such as circumcision and making cheeky statements, such as joking about “escaping New York” during a presidential campaign stop.