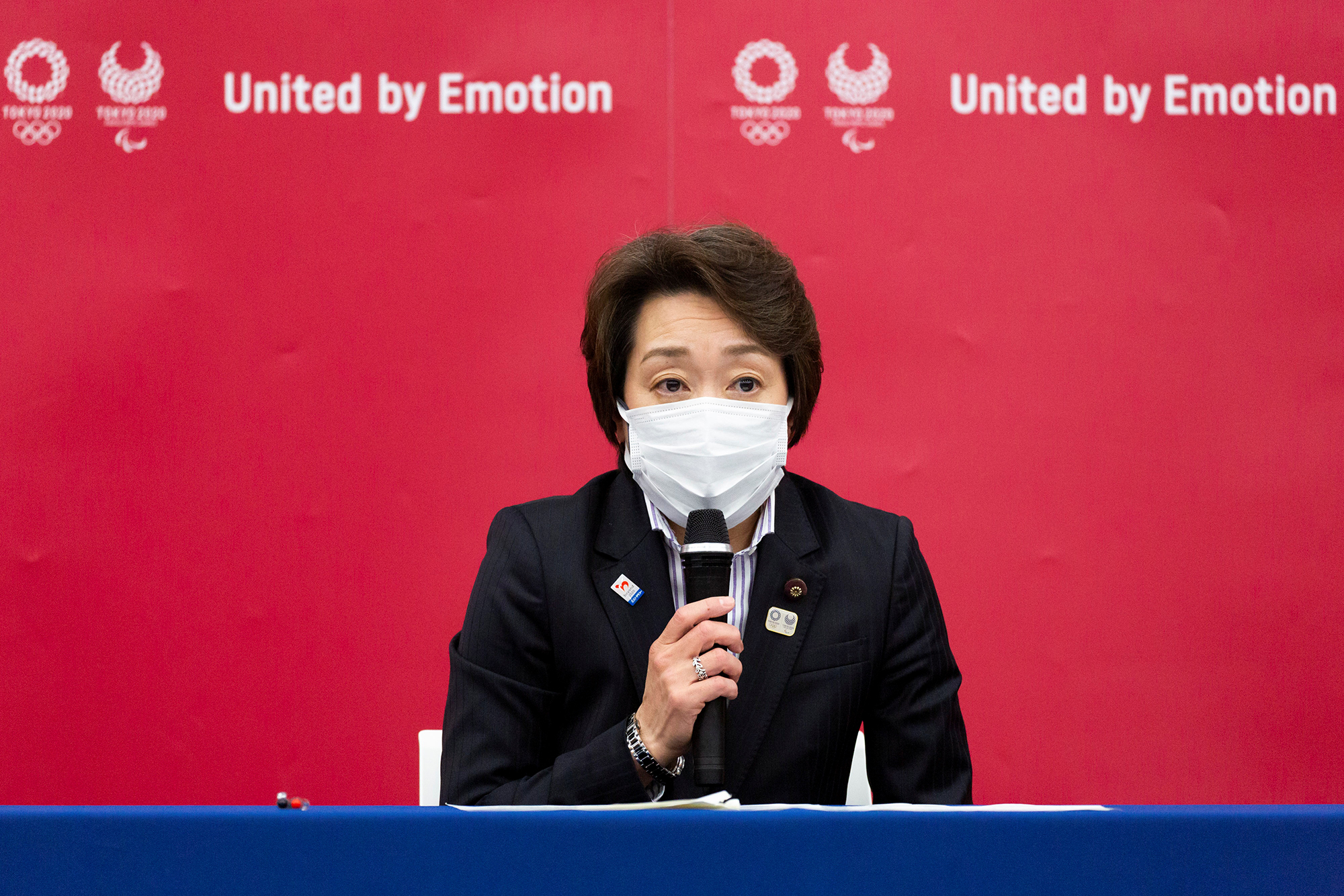 TOKYO — Japanese athlete-turned-politician Seiko Hashimoto has been chosen as president of the Tokyo 2020 Organizing committee, replacing a man who resigned after setting off a furor with sexist remarks.

Hashimoto, who competed in seven Summer and Winter Olympics as a cyclist and a skater, now faces a raft of tough issues at the helm of one of the world’s biggest sporting events with less than half a year before its delayed start.

She must ensure athletes and officials are kept safe from the coronavirus, while also facing strong public opposition to the Games being held amid the pandemic.

Hashimoto announced her selection shortly after submitting her resignation as Olympics minister to Prime Minister Yoshihide Suga, who encouraged her to make the Games successful.

“As someone with an athletic background, I will carry out a safe Games for both athletes and citizens,” she told a news conference.

She replaces Yoshiro Mori, an 83-year-old former prime minister, who resigned as Tokyo 2020 president last week after saying women talk too much.

Her appointment was welcomed by the International Olympic Committee which had not demanded Mori’s resignation and had initially considered the case closed after his first apology and refusal to step down.

“With her great Olympic experience….and having led Japan’s delegation to the Olympic Games multiple times, she is the perfect choice for this position,” IOC President Thomas Bach said in a statement.

“Seiko Hashimoto can draw on her rich political experience as a Minister and many other political functions. This will help to deliver safe and successful Olympic and Paralympic Games.”

Opinion polls have repeatedly shown that more than 80 percent of Japanese do not believe the Games should be held this year due to the pandemic — a concern Hashimoto pledged to address for both ordinary citizens and athletes.

“I can imagine how tough it is for athletes with so many questions about whether they should even aim for the Olympics and Paralympics amid the pandemic,” she said.

A 56-year-old lawmaker in Japan’s ruling party, Hashimoto served as the Olympics minister, doubling as minister for women’s empowerment, since 2019 until resigning on Thursday.

She was born days before Japan hosted the 1964 summer Games and her name comes from a Chinese character used for the Olympic flame. She lived up to it by taking part in four Winter Olympics as a speed skater and three Summer Olympics as a cyclist.

However, Hashimoto has faced scrutiny over reports that she made unwanted advances to a sportsman at a party during the Sochi Winter Olympics in 2014.

A magazine at the time published photographs of her kissing popular ice skater Daisuke Takahashi. She said then that athletes often hug and kiss each other and she regretted if this had caused any misunderstanding. Takahashi never made any complaint.

Questioned about the incident on Thursday after it was raised again on social media, she said: “Both then and now, I deeply regret my careless behavior.”