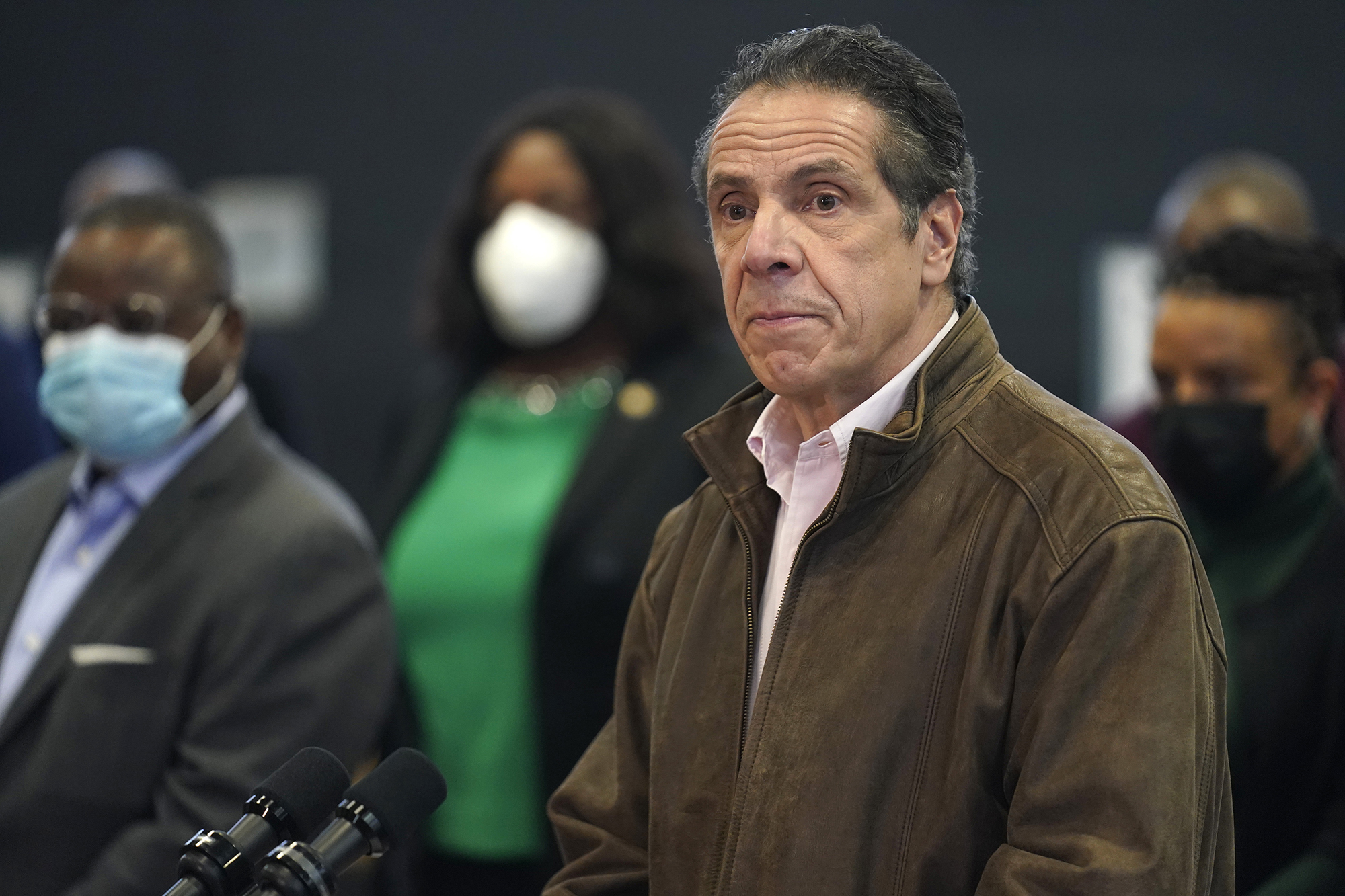 New York Gov. Andrew Cuomo on Monday was accused of making unwanted advances toward a woman and planting an unsolicited kiss on her cheek at a 2019 wedding.

“I was so confused and shocked and embarrassed.”

The allegation comes after two former state staffers accused Cuomo, 63, of sexual harassment on the job — including one who claimed the governor kissed her without warning at his Manhattan office, which he has denied.

Unlike the other two women, Ruch has never been employed by the governor or the state, according to the Times.

A former member of the Obama administration and the 2020 Biden campaign, Ruch and Cuomo met at a crowded New York City wedding reception in September 2019, she told the newspaper.

Within moments of being introduced, Ruch claims the gov put his hand on the small of her lower back, which was exposed in an open-back dress.

“I promptly removed his hand with my hand, which I would have thought was a clear enough indicator that I was not wanting him to touch me,” she told the Times.

But the governor apparently didn’t get the hint.

He allegedly noted that Ruch seemed “aggressive” — and then placed his hands on her cheeks and asked if he could kiss her, according to the report.

“I turned my head away and didn’t have words in that moment,” Ruch said.

Ruch said she was so shocked, she had to ask a friend whether the gov’s lips had actually touched her face as she was pulling away. She was told that he kissed her cheek.

The pal captured the encounter in a series of photographs, including one provided to the Times that shows Cuomo holding Ruch’s face.

Other instances of Cuomo’s past creepy behavior have resurfaced on social media amid the sexual harassment allegations — including how he once asked a female journalist to “eat the whole sausage” in front of him at the 2016 New York State Fair.

A spokesman for the governor didn’t directly address Ruch’s account, instead referring the Times to a statement Cuomo released Sunday night where he tried to explain away the claims from his former aides as “jokes” that were misinterpreted as “unwanted flirtation.”

“To the extent anyone felt that way, I am truly sorry about that,” the statement said.