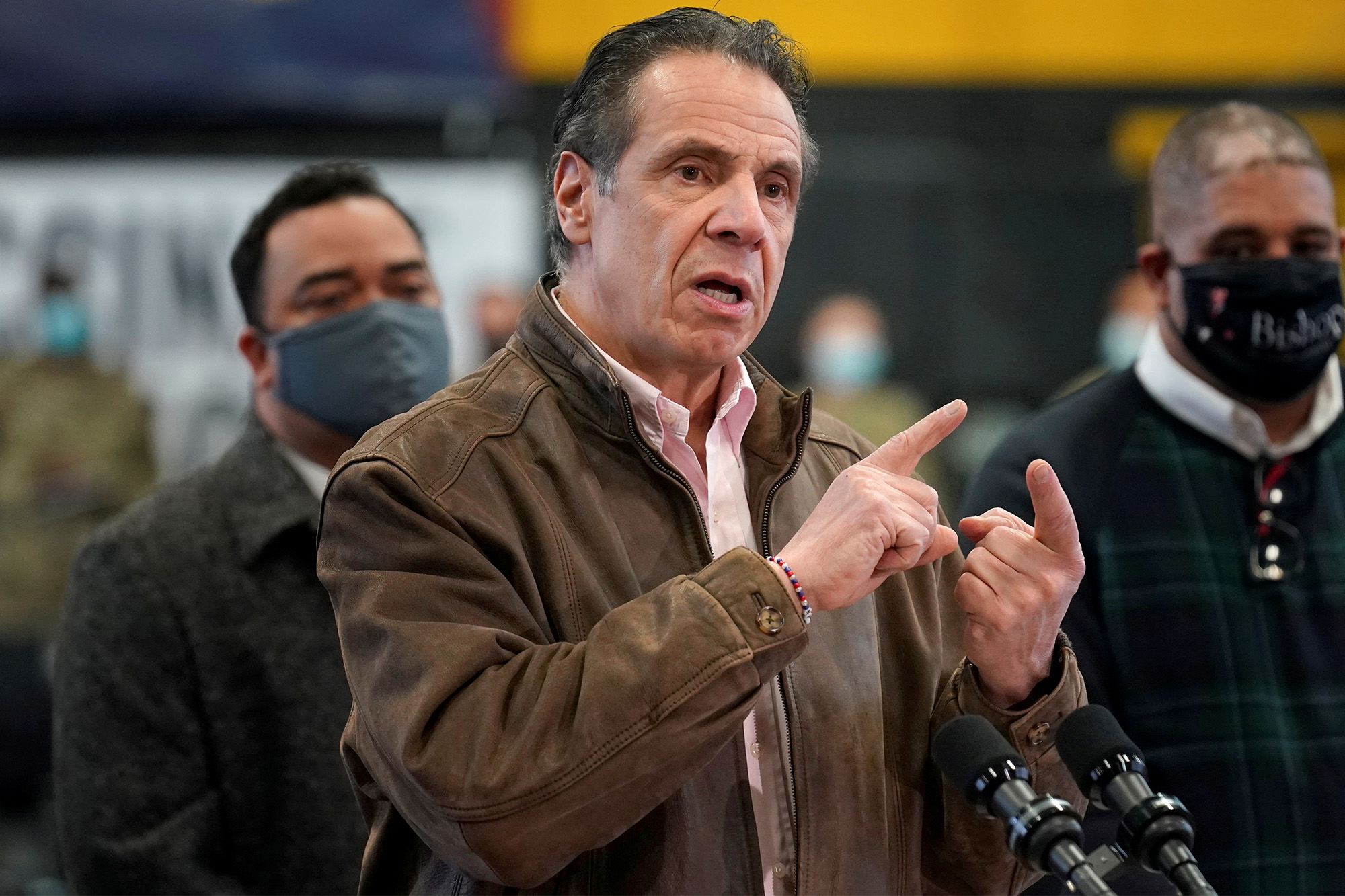 Andrew’s in the soup, that’s for sure.

Wrap your head around this: The New York Times is reporting that Gov. Cuomo took time out from coronavirus hot-dogging last June to offer tattoo-placement advice to a just-turned-25-year-old female aide of no particular expertise during a private, closed-door sit-down in the state Capitol.

Cuomo suggested “she should put the tattoo on her buttocks, so people would not see it when she wore a dress,” the paper says.

That was probably sound tattoo strategy — except that 23 years after Monica Lewinsky became a household name it’s pretty astonishing to learn that powerful elected leaders are still maneuvering women of a tender age into private offices and hitting on them.

Or, as Cuomo conceded to the Times, “mentoring” them.

And maybe more to the point, doing that and expecting to get away with it. Too bad for Cuomo that this time the young lady wasn’t having any.

The revelation comes just days after another former Cuomo aide, Lindsey Boylan, accused the governor of coming on to her — once planting an unwanted kiss on her lips. And, of course, both sets of harassment complaints feed into growing public and political unrest growing out of the administration’s ever-expanding coronavirus nursing-home debacle.

So while Cuomo may not yet be in a perfect storm, for sure he’s not in a happy place, either. There are even calls for impeachment — the likelihood of which would normally fall somewhere between preposterous and not-bloody-likely, though these are very strange times.

Let’s be clear: The latest allegations don’t add up to Lewinsky déjà vu. The young lady, Charlotte Bennett, told the paper explicitly that Cuomo never touched her — just that he appeared desperate to do so. And on more than one occasion.

The Times says Bennett’s allegations are corroborated by near-real-time texts with family and friends; these describe multiple episodes, in some detail. And the paper reports sympathetic, if noncommittal, texts from senior administration figures counseling Bennett after she complained about the governor’s attentions.

All in all, the creep factor is high. There’s the tattoo business, of course. And Bennett, who is from Westchester County, apparently tried to cool Cuomo’s jets by telling him she had played middle-school soccer with one of his daughters — to no apparent effect. Middle school. Think about that.

Now consider the context: Bennett was two years out of college when she was hired as a staff “briefer” in the governor’s Manhattan offices. This, no doubt, is a responsible position — though not one demanding specialized skills. Nevertheless, she soon was offered a job in the Capitol’s executive suite, which she accepted — and good for her. One takes opportunities as they are presented.

But you have to wonder what Cuomo himself was thinking. Certainly not about the personal, political and psychosexual minefield he was walking into.

Of course, neither was Bill Clinton back in the day.

Again, this is not the same thing. There is the obvious difference, and then there is this: Clinton was a liar, but lovable nevertheless — he could contritely suck on his lower lip and get away with anything.

But these are #MeToo days.

Cuomo was America’s lockdown love-puppy just a blink of an eye ago, but nobody should confuse momentary infatuation with real affection. He’s been collecting mortal enemies for decades — and perhaps their moment has arrived.

The governor has asked for an investigation, and he’s going to get one. Boy, is he ever.

But this much seems clear: One more credible accuser, and it may not even take that, and this pot of soup will be done. Maybe Andrew Cuomo, too.