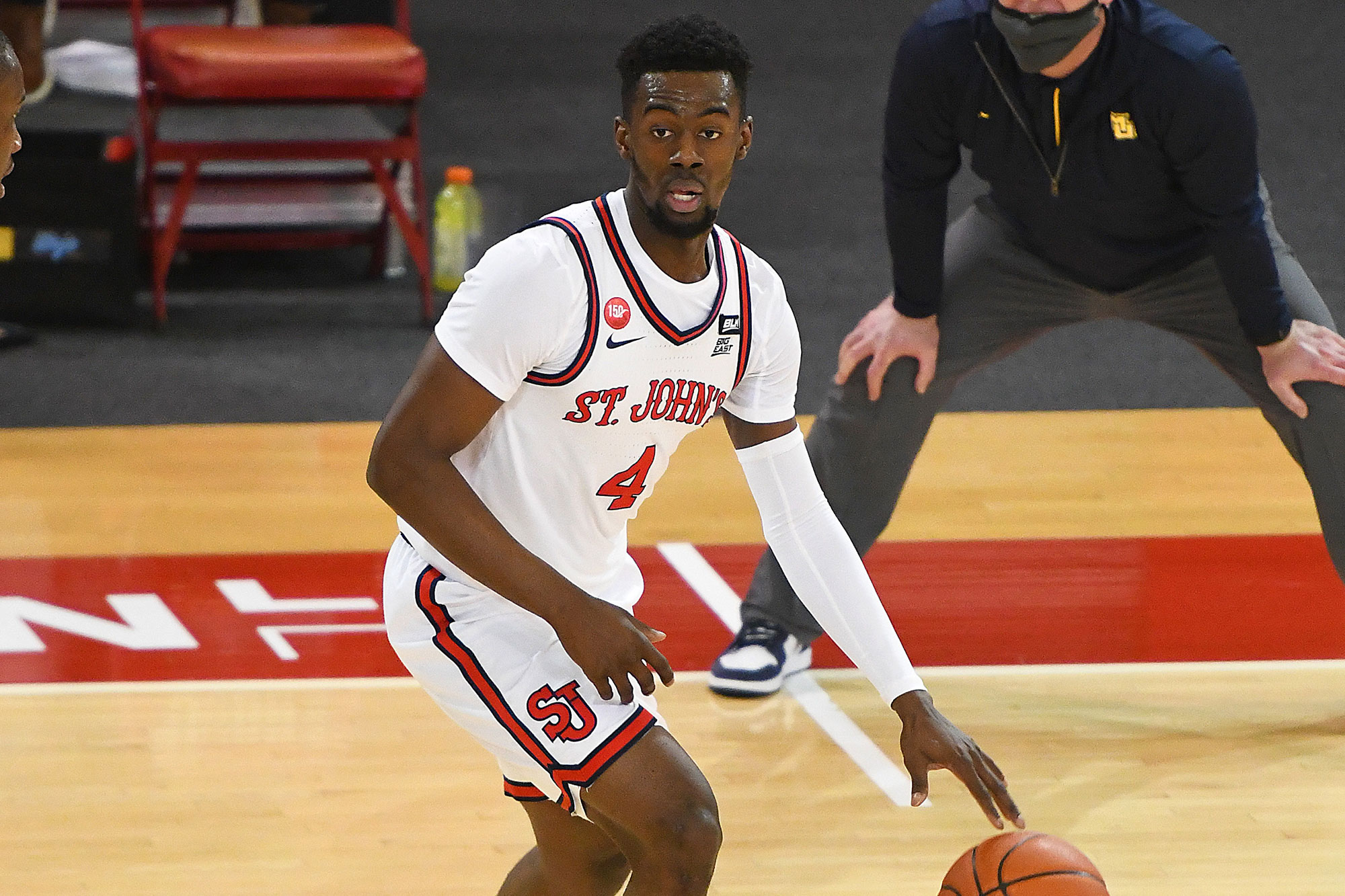 Greg Williams Jr. got his feet wet. He dipped his toes in the pool. Now, St. John’s hopes, the junior guard is ready to go all the way in.

After missing three games with a lower back injury and playing limited minutes in the last three contests, St. John’s is counting on Williams finding his early-season form.

“I think he’s ready,” coach Mike Anderson said before the Johnnies hosted Xavier Tuesday night at Carnesecca Arena. “He just has to get his rhythm back. He’s getting back in sync.”

Anderson has liked what he’s seen from the 6-foot-3 Williams in practice since last Tuesday’s loss at Butler. He looks more like himself, not nearly as concerned about his back.

Williams has come off the bench in the last three games after starting until the injury. In his return on Feb. 3, he threw down a big dunk against Villanova, but the back tightened up and he didn’t get off the bench in the second half. He played a combined 33 minutes in the next two games, but attempted just four shots and was passive, managing just one rebound, one assist and one steal.

Williams’ father, Greg Sr., told The Post the injury was diagnosed as inflammation. There were no structural issues. It’s not the first time his son has been slowed by a lower back problem. Last year, he missed almost all of preseason workouts due to the same injury. It took time for him to regain the confidence in his back.

Time isn’t on his side now. St. John’s is in the hunt for an NCAA Tournament berth. Every game means so much. And Williams appears ready to do what he can to help.

“This is kind of like crunch time,” Williams Sr. said. “Since he’s feeling better, he’s going to really go out there and be himself.”

He is still their third-leading scorer. Their best 3-point shooter. One of their top perimeter defenders. A smart and heady leader. His value hasn’t changed — as long as he’s healthy — even if St. John’s did go on that six-game winning streak without him playing a major role.

“He can score, he can defend, gets tough rebounds, he’s very athletic, he’s a great passer, he’s a great screener. He’s a glue guy — he ties everything together for our basketball team, and he’s one of our captains.”

St. John’s and Pittsburgh have agreed to play in the Gotham Classic next year at Madison Square Garden, according to sources. A date has yet to be announced. The game could be a showdown between the twin Champagnie brothers, Julian of St. John’s and Justin of Pittsburgh, granted they both return to school for their junior seasons. The duo attended Bishop Loughlin High School in Brooklyn together, and lead their respective conferences in scoring.

“It’s exciting, that would be a cool matchup,” Julian said. “It would be a little funny, though, because I’ve never played against him like that. I think I’d laugh most of the game, to be honest.”