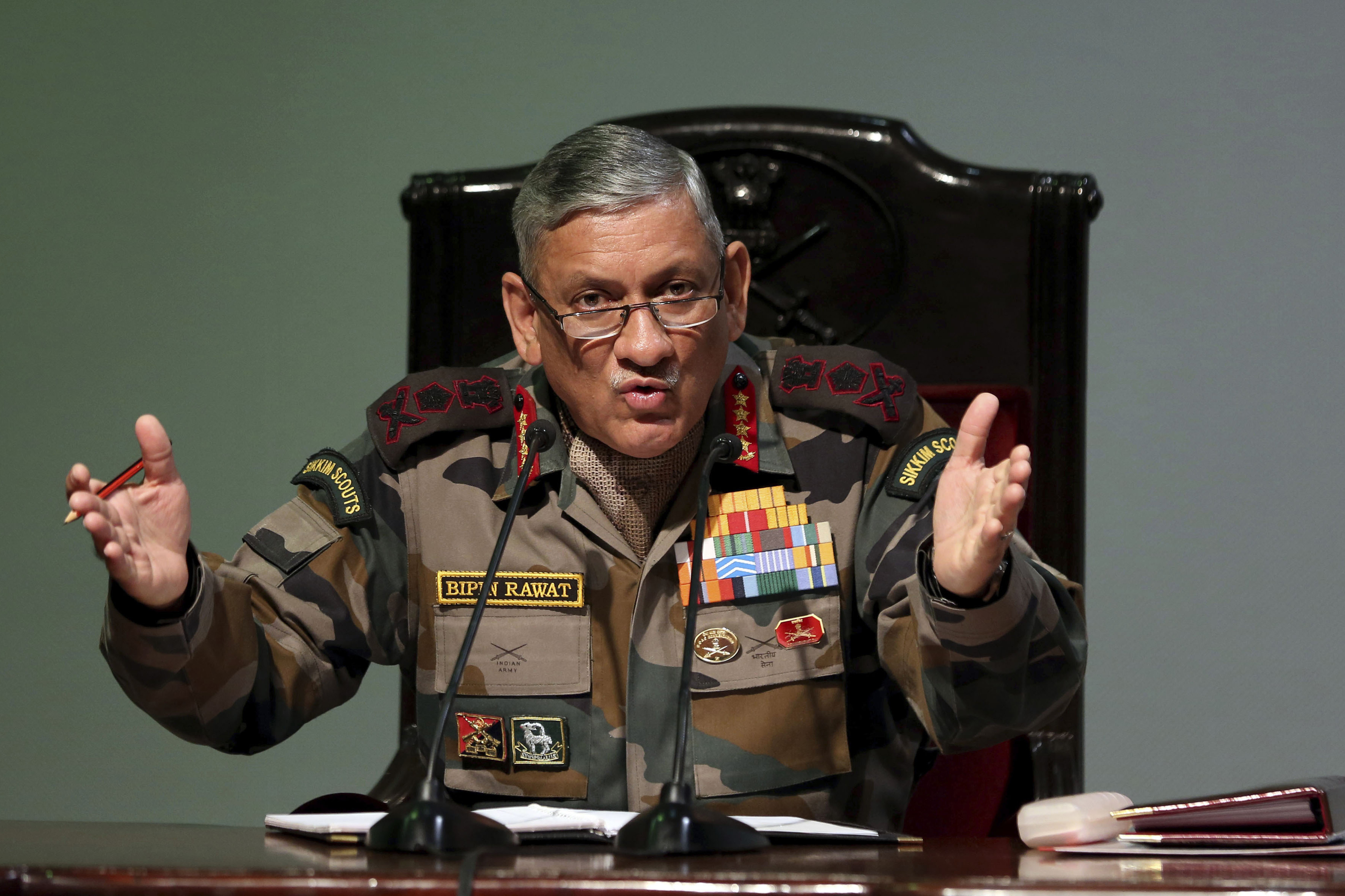 It did not say whether Chief of Defense Staff Bipin Rawat was injured in the accident.

Television images showed the helicopter in flames as local residents tried to douse it.

There was no immediate confirmation of the number of people on the helicopter. But local news channels showed a flight manifest that displayed the names of nine people as passengers, including Rawat’s wife and other senior defense officials.

The air force said in a tweet that an inquiry has been ordered into the accident.

Rawat is the most senior official in the Indian military. He is also an adviser to the Defense Ministry. He assumed the newly created post last year after retiring as army chief.

The Press Trust of India news agency said the Mi-17V5 helicopter was on its way from an air force base to the army defense services college when it crashed near Coonoor in Tamil Nadu.