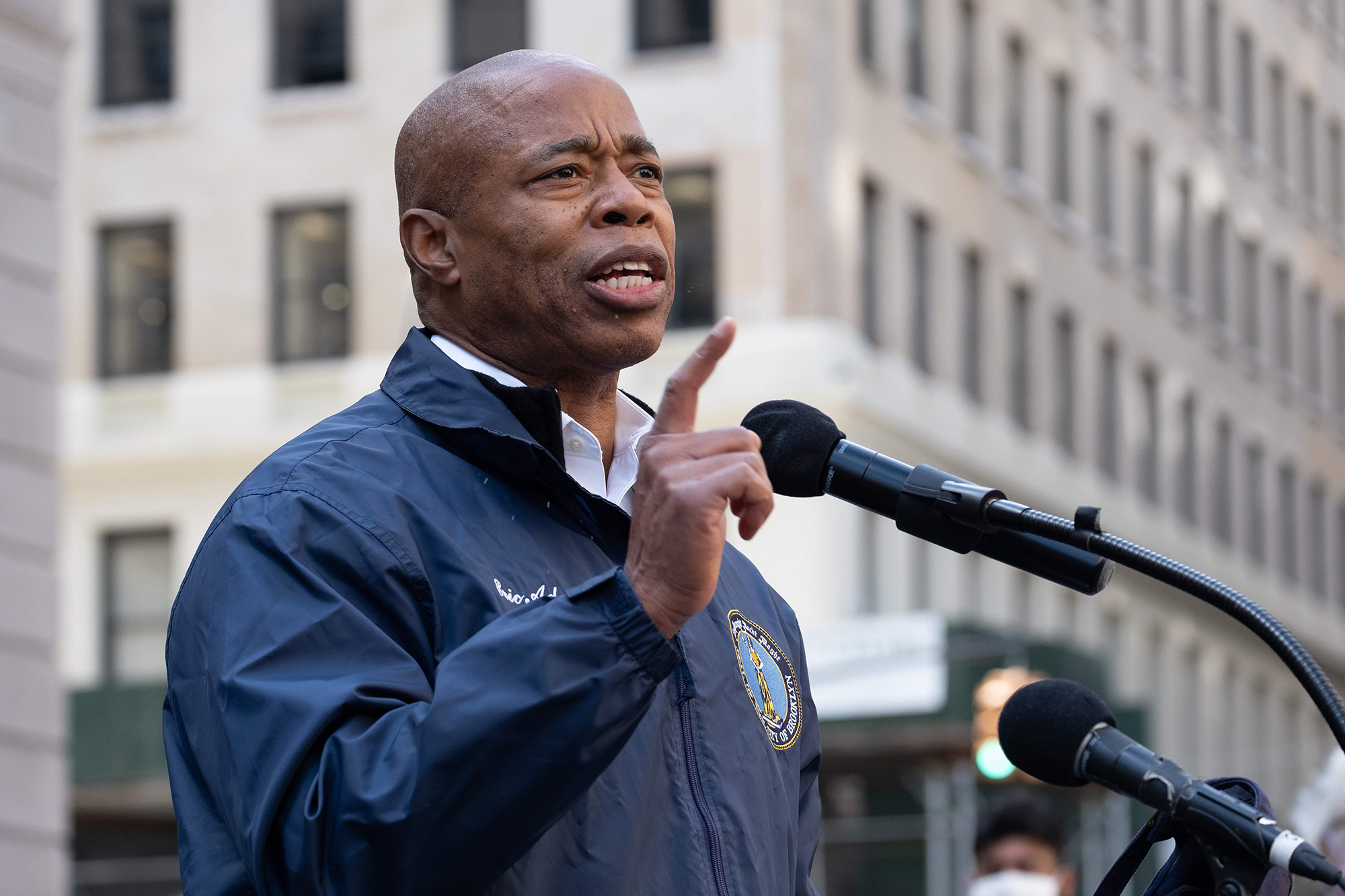 The announcement of support from the Hotel Trades Council comes at time many of its workers are unemployed amid the pandemic, allowing them more time to pitch in on the campaign.

“I am thrilled to announce the Hotel Trades Council’s endorsement of Eric Adams for Mayor of New York City,” HTC president Rich Maroko said in a statement.

“The city’s executive leadership over the next few years will be extremely consequential for all New Yorkers, especially hotel workers, who have been among the hardest-hit by the economic impact of the COVID-19 pandemic.”

Many city hotels closed during the pandemic. Maroko said his members “are eager, trained, and ready to spend the next 16 weeks conducting extensive voter outreach” for Adams.

Over 22,000 of the union’s members are registered to vote in the Big Apple.

An internal HTC survey found that 70 percent of its members value the union’s endorsement when it comes time to head to the polls.

The Brooklyn borough president said he was “honored” to receive the endorsement.

“I was raised by a working mom in a blue collar household — so I am deeply honored by the support of a union like HTC that has done so much for working people,” Adams said.

“As mayor, I will fight every day for everyday New Yorkers who need more help than ever right now.”

How I discovered my babysitter Tony Costa was a serial killer

MTA won’t make service cuts through the end of 2022: officials