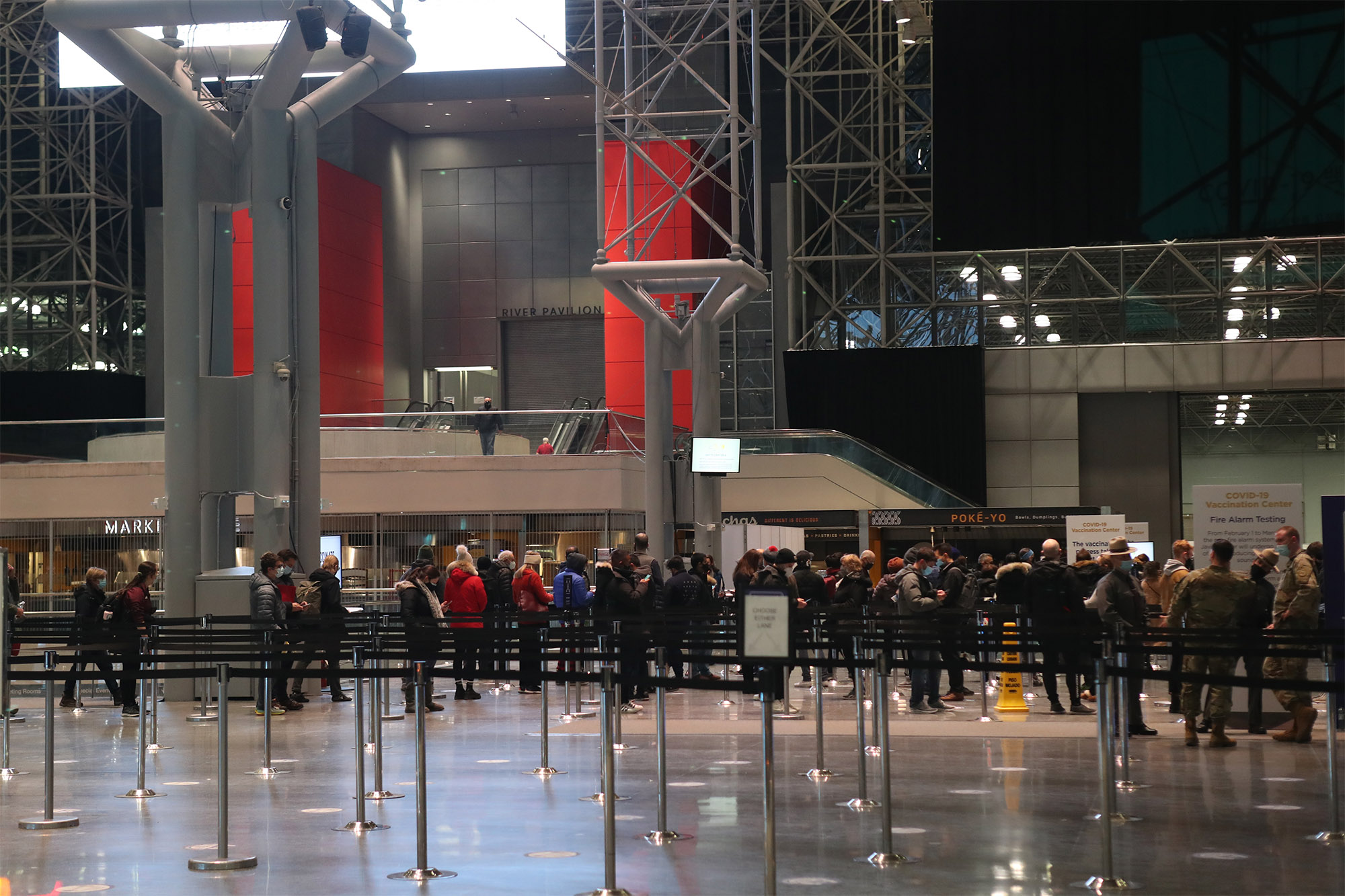 Hours-long wait times were reported at Manhattan’s Jacob Javits Center vaccination hub on Tuesday — with a massive line at one point extending outside and around the block.

Several people took to Twitter to share their experiences — with one woman flagging the situation to a city councilman who is running for Manhattan borough president.

“Hey @MarkLevineNYC pls be aware of current situation at @javitscenter: 100s of people with comorbidities have been in line for several hours & are still not close to getting their shot,” Anne Summers wrote just before 5 p.m.

Responding with his own tweet, Levin, whose district does not cover the site, called the long lines “horrible” and said he contacted the site.

About 40 minutes later, Rolling Stone writer EJ Dickson said on Twitter that somebody collapsed amid a three-hour wait.

Earlier in the day, just before noon, the line to get vaccinated inside the convention center extended outside, all the way to the Hudson River, according to BuzzFeedNews political reporter Ryan Brooks.

The Jacob Javits Center is one of several mass vaccination sites within the city and state.

Mayor Bill de Blasio griped on Monday that more than 42 percent of the shots administered at the state-run site went to non-city residents.

“The big sites don’t help us improve equity,” the mayor said. “These sites do not perform like we’d like to see.’’