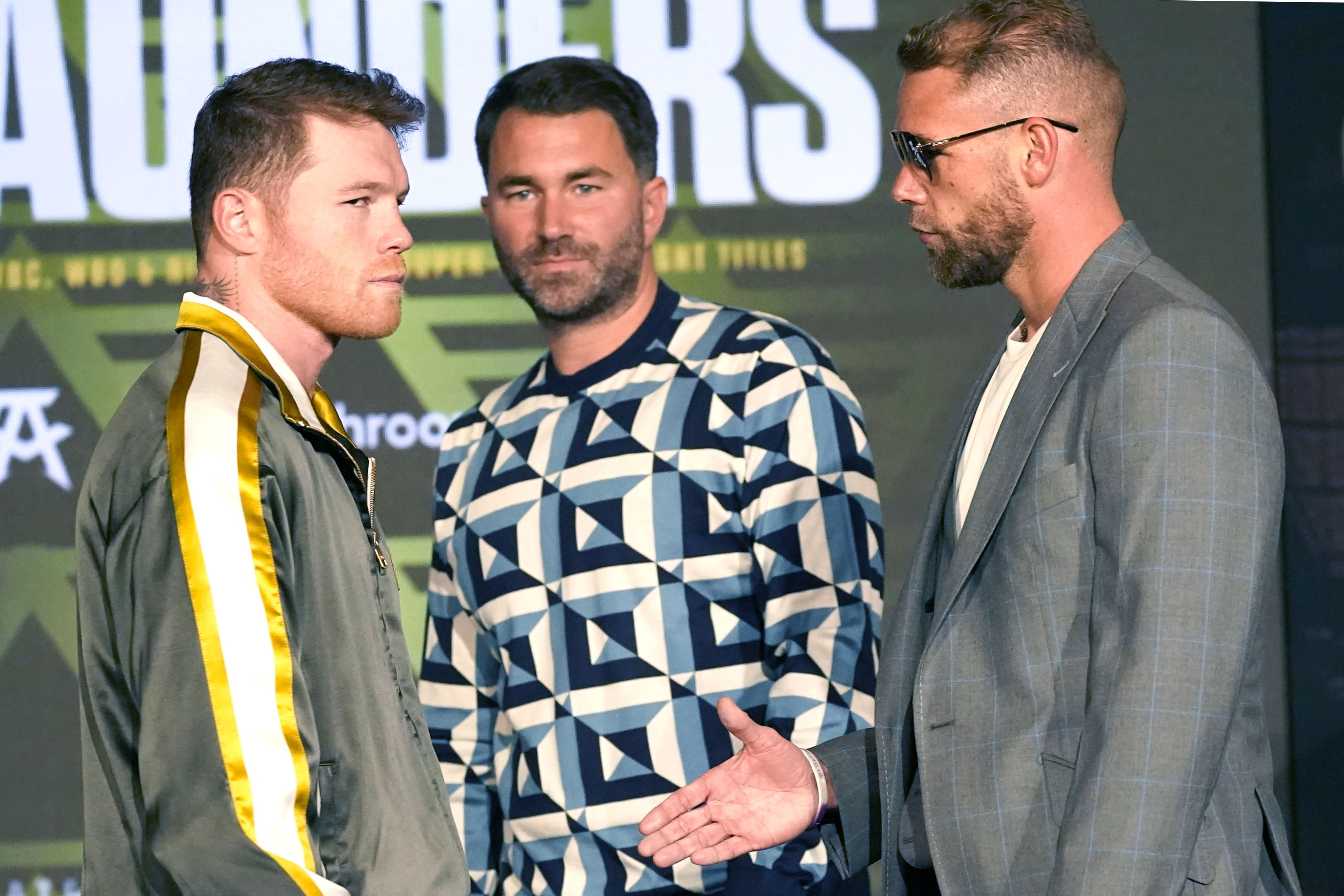 Saturday evenings in Arlington, Texas, are sometimes reserved for NFL playoff nights for the Cowboys. This Saturday, a gunslinger from across the border rides into town and AT&T Stadium plays host to the biggest draw in boxing.

Three super-middleweight titles will be on the line when the WBA/WBC titlist, Mexican superstar Canelo Alvarez, faces the WBO holder, Billy Joe Saunders from England, in what will be an intriguing clash of styles.

What can be said about Alvarez (55-1-2, 37 KOs) that we don’t know already? At age 30, he is at the peak of his powers, and he is probably at his optimum weight (167.4 pounds at Friday’s weigh-in). The four-division champ is clearly the No. 1 fighter in the world based on his résumé alone, and his list of big-name victims is longer than one’s arm, yet in some quarters, he still doesn’t get the credit he deserves.

He has faced the best in the three divisions in which he has mainly participated, and except for that points defeat to Floyd Mayweather eight years ago — when all the terms (including weight) were against him — he has remained unbeaten. No matter what he does from here on out, his legacy and place in boxing history is assured: Alvarez is one of the greatest fighters ever from his native Mexico.

So, if Alvarez is respected, but not likeable, he faces a similar enigma in his opponent on Saturday evening. Saunders has a 30-0 record (14 KOs), is a year older than Alvarez and is also highly talented. But though Alvarez always looks to give his best, the Englishman often doesn’t — Saunders fights to the level of his opponent, often appearing unmotivated. When he is on his game, though, he pulls out signature wins, such as his technical dismantling of David Lemieux, a victory he made look easy with a shutout points win nearly 3 ¹/₂ years ago. Add in the victory over former long-time contender Andy Lee and you can see the one-time Olympian possesses definite skills. He will need all of them, plus tons of determination, in the fight he has been waiting for, the biggest fight of his career.

Stylistically, this appears to be more of an interesting — rather than exciting — matchup. Alvarez is strong, big at the weight, although he is not tall at 5-foot-8. His 70.5-inch reach is decent, thus he only will be giving away a half-inch in this measurement to Saunders, who at 5-11, 167.8 pounds, will be looking to utilize his length advantage, as well as his faster feet. The power advantage certainly lies with Alvarez, and he is very capable of winning this by stoppage, whereas Saunders will have to do it the hard way and try to win on points. Alvarez will endeavor to come forward, cut off the ring and get Saunders cornered so he can make use of his heavy hands to head and body. In contrast, Saunders will be moving backward, trying to keep Alvarez at length, using his quick feet and snappy punches to keep his opponent off balance and reaching. It figures to be a classic bull-against-matador contest, the pressure getting applied by Alvarez, the frustration coming from Saunders.

Both fighters have completed the 12-round distance 12 times. Saunders has never competed in a unification of world titles, but Alvarez has on six occasions, each of them going the distance. Alvarez has faced unbeaten fighters in eight contests: Five of those bouts went the distance (one of them is his only defeat, to Mayweather), the other three went nine rounds or longer.

The questions we have been hearing from fight fans across social media are the following: Will this be one of the biggest shocks by a Brit fighting across the Atlantic? Will Alvarez stop Saunders?

We say no to both questions. If Austin Trout, Callum Smith and Julio Cesar Chavez Jr. can take Alvarez the distance, so can Saunders, but we can’t see Saunders doing enough to impress the judges in front of what will effectively be a hometown crowd for Alvarez. The styles and stats of both fighters are indicating an outcome that appears to be the logical one, which is Alvarez to win by decision.