How NYC can squeeze the rich — and have them enjoy it 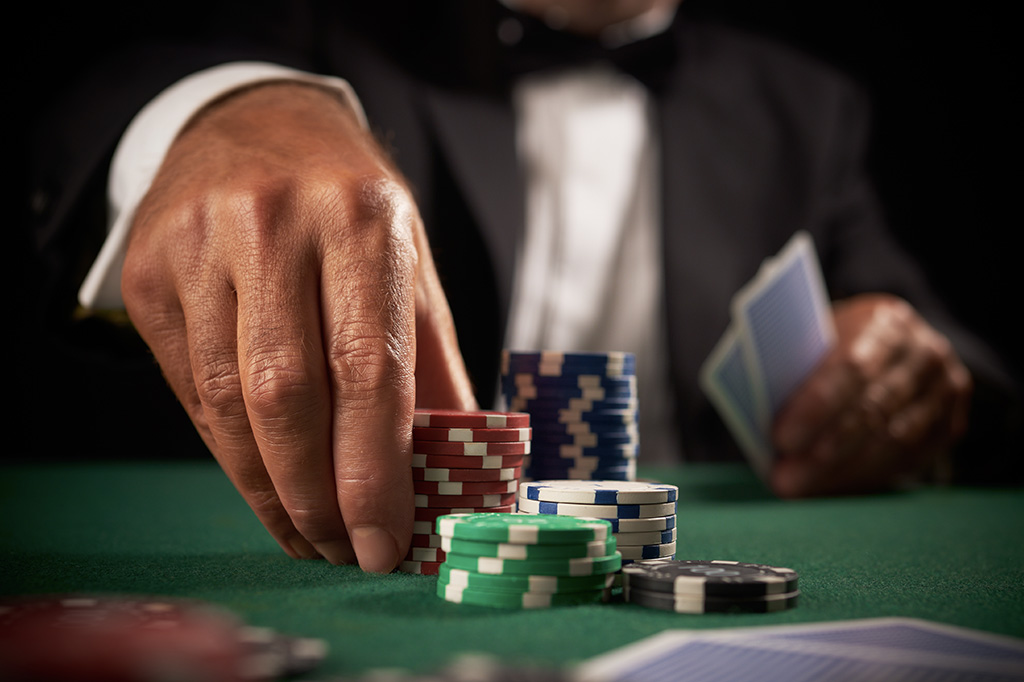 Instead, think James Bond at Monte Carlo. Classy joints that would never allow schlubs like us in the front door. Casinos that attract only the richest people on the planet, people who can afford to drop $50,000 in a night on baccarat or roulette and wouldn’t be caught dead in an Atlantic City or Poconos casino.

Think casinos that generate billions of tax dollars for the city and billions more in economic activity, with none of the undesirable social issues normally associated with casino gaming.

And if you’re a progressive, think about a great new way to tax the rich.

Casinos like these have existed for years in London, and they’d work just as well in the world capital that is New York.

Following the London model, New York could require that casinos be members-only private clubs and set a somewhat steep minimum for membership dues — say, $5,000. In London, these private-club casinos are limited in size, allowing perhaps no more than 100 players at a time. They are discrete, located in grand hotels behind closed doors. A small plaque is the only advertisement.

They’d have no slots — just table games. Nor venues for big-name entertainment; New York City’s got that already.

Hotels that lack their own casinos can become casino members, so someone from the concierge desk can escort a hotel guest to a casino. Think of the fat tip for some kid from Queens just starting out in the hospitality business.

These high-end parlors could be placed in iconic locations, such as the site of the recently closed 21 Club. The city could issue a request for proposals for perhaps five such casino licenses, setting rules governing size, occupancy, advertising, minimum membership fees and types of games.

Expect hotels to partner with gaming companies and bid for these five licenses. Screen the applicants and review the bids carefully — a process that would be paid for by hefty application fees. Hold an auction; award licenses to the highest bidders and start counting the money from the license fees.

Count the money from tax revenues, too. London casinos pay 15 percent in taxes. Other countries set even higher tax rates.

Count the money from the global super rich who spend more hotel nights in New York because of this new attraction, something New York’s tourism opponents always look to encourage.

Count the higher income taxes from New Yorkers who get jobs in these casinos and from everyone in the hospitality industry who benefits from an influx of rich tourists.

New York has very good hospitality programs at several schools, and they could add courses for this new concept. These would be some of the best jobs in the hospitality industry.

Yes, we’re talking about casinos for the super-rich. The rest of us won’t be able to afford them. But we’d still have Aqueduct and Yonkers, Atlantic City and the Catskills. And there’d be little competition for these places: The high-rollers frequenting our New York City private-club casinos don’t mix with the common folk in existing gaming venues. (When they do gamble here, they do it in off-the-books games, and government gets no piece of the action.)

So let’s not get hung up on arguments about equality or elitism. Let’s look at private-club casino gambling as a way to increase revenue and job opportunities, with little or none of the social downside normally linked to gambling, such as how it risks addicting and further impoverishing those who can least afford it.

And the impact of public safety is almost non-existent. Winnings and losses move by wire transfer. Who gets mugged riding in a limousine?

With tourism, entertainment and hospitality industries in the city shattered by COVID, now’s the time to squeeze the global super-rich and give them a chance to support our schools, hospitals, social services, affordable housing, public transit and police. We can even convince them that they’re having fun doing it.

Pat Smith is a former journalist and public relations exec with no interest in casino gambling.

Graham McTavish on 'Men in Kilts' with Sam Heughan

Stolen ancient armor returned to the Louvre after 40 years