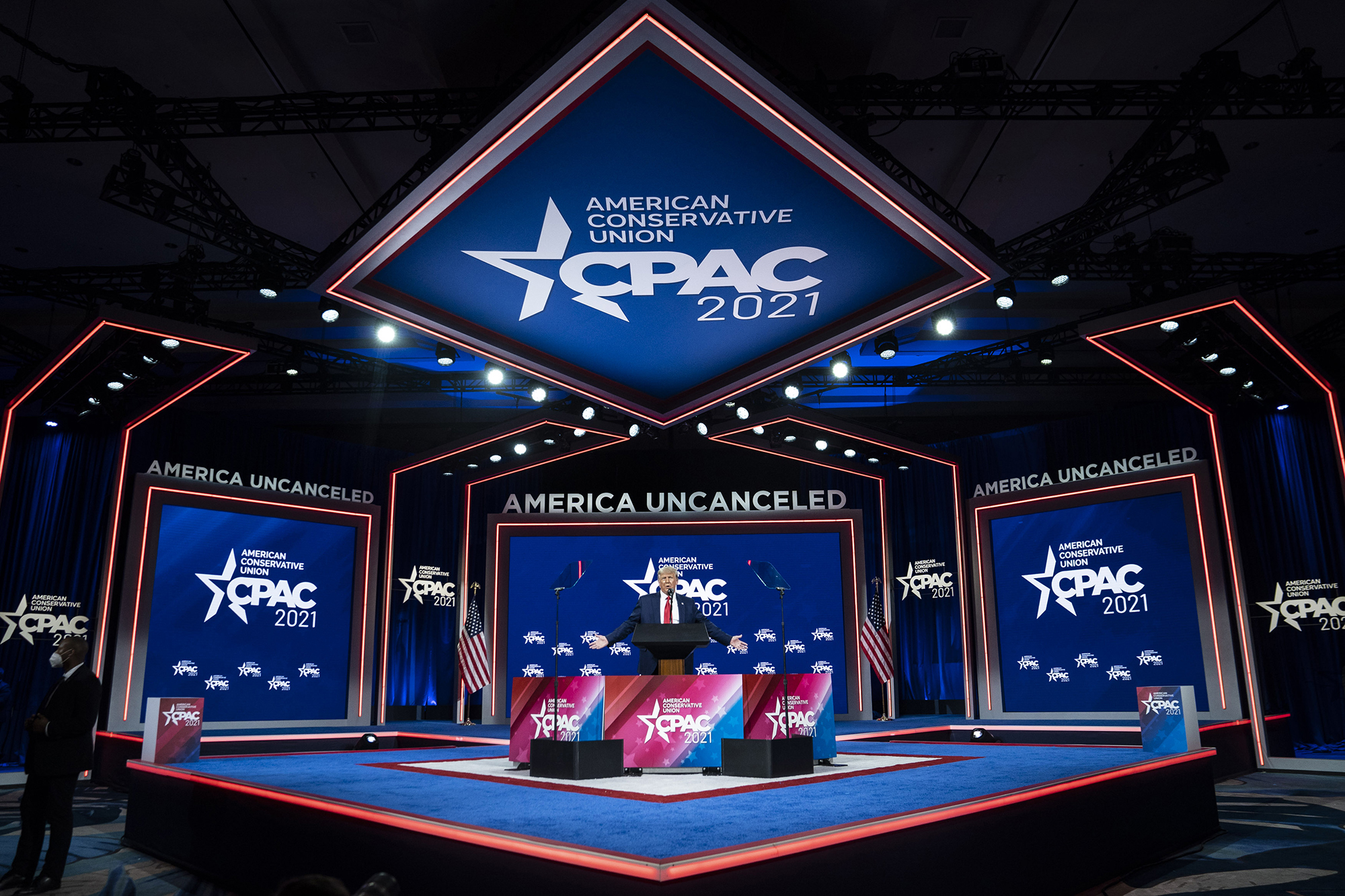 Hyatt is facing a firestorm of criticism for hosting the Conservative Political Action Conference because of a stage design that resembled Nazi symbolism.

Critics have threatened to boycott the hotel chain for allowing the CPAC organizers to build a stage that resembled a Nordic othala rune, which the Nazis reportedly adopted as a symbol of their belief in a superior Aryan race.

Actress Rosanna Arquette tweeted, “Hey Hyatt hotels …hosting a fascist Nazi convention is the antithesis of inclusiveness. You have made a grave error in judgment. The imminent Boycotts you are going to feel for years to come.”

Hyatt issued a statement on the weekend boycott threats Sunday even after President Trump delivered his much-anticipated speech. The chain defended its decision to host the conference and said it raised concerns about the stage design to organizers to no avail.

“When we learned that CPAC 2021 stage design had been compared to a symbol of hate, we promptly raised this concern with meeting organizers who strongly denied any connection to such symbols,” it added of the stage. “Unfortunately, this became clear to us only after the event kicked off.”

“We believe in the right of individuals and organizations to peacefully express their views, independent of the degree to which the perspectives of those hosting meetings and events at our hotels align with ours,” the hotel said of its decision to host the conference.

Hyatt also used the statement to knock CPAC attendees for “hostility” toward staffers who sought to enforce COVD-19 protocols like mask-wearing and social distancing.

“In keeping with our deep culture of inclusivity, our colleagues worked tirelessly to support this event while enforcing Hyatt’s safety policies. At times, these efforts included reminding attendees to wear masks and socially distance, even while colleagues occasionally faced hostility from attendees who did not support our policies,” Hyatt said. “Further, we were extremely disappointed by the disrespect many individuals involved in the event showed to our colleagues.”

CPAC organizer Matt Schlapp has denied that the conference modeled the stage after Nazi symbolism, calling the allegations “outrageous and slanderous.”