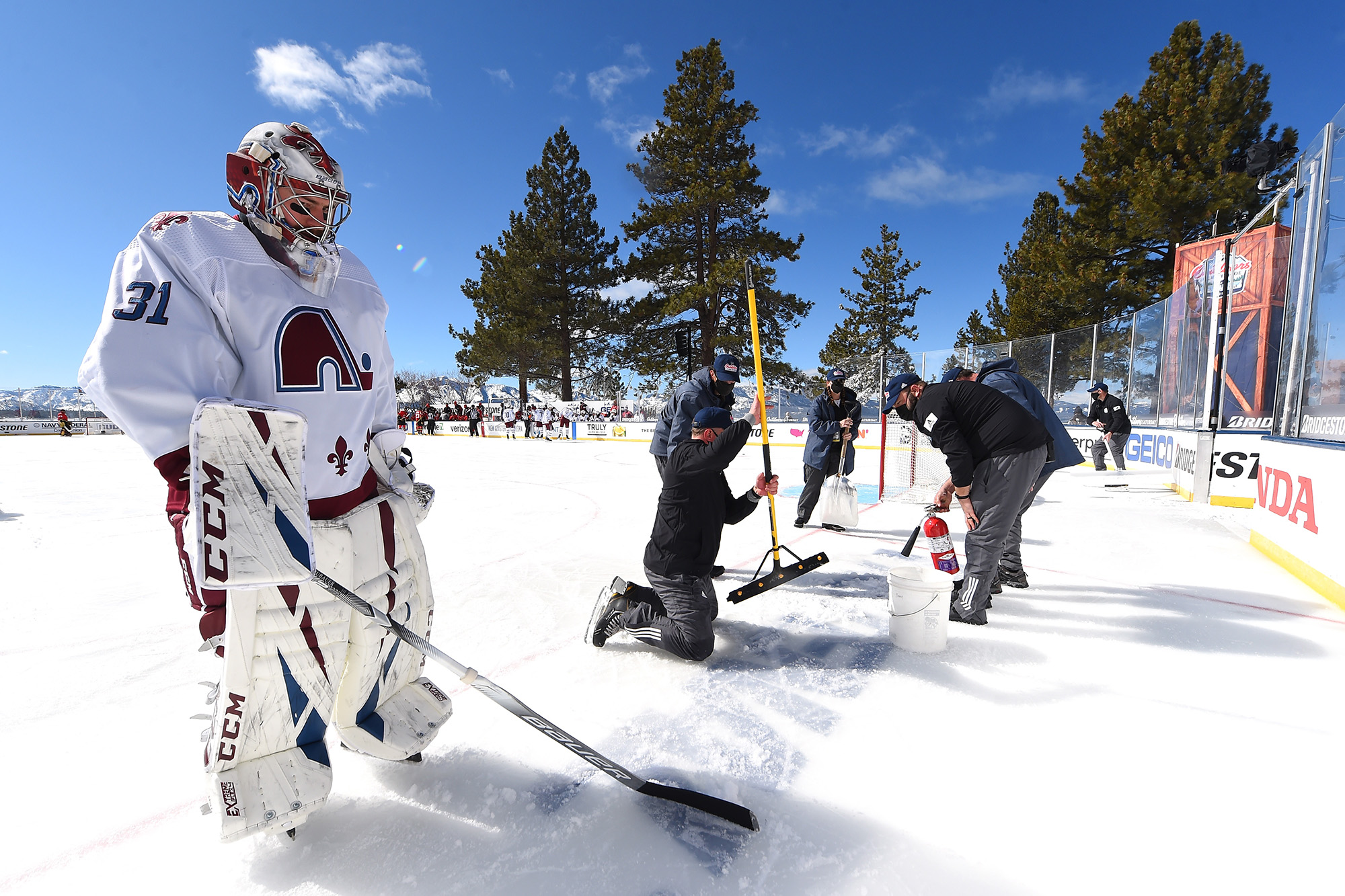 It’s a good thing when the ice melts in your backyards.

It’s not a good thing when the ice melts on a hockey rink.

NHL outdoor games have been a picturesque hit since they were introduced in 2008, but Saturday’s installment in Stateline, Nev., near Lake Tahoe became a disaster because of dangerous ice conditions.

The game was delayed in the second period because players from the Las Vegas Golden Knights and Colorado Avalanche as well as the officials couldn’t keep their footing even when skating slowly during timeouts. One video even showed a hockey stick digging up the ice like road slush. The league announced the game will resume at midnight with the Avalanche leading 1-0 in the second period.

The sun-kissed scenic backdrop for the game was jaw-dropping. The rink was set up on the 18th fairway of the golf course at the Edgewood Tahoe Resort, pressed up against the tree-lined coast with snow-capped mountains in the far off background. There was an old-fashioned scoreboard hanging on a brick wall.

But the sun and 36-degree temperature infringed on safety. The resort is supposed to host a weekend doubleheader, including Bruins-Flyers on Sunday.

What has become a tradition of the NHL playing select games outdoors began in 2003 and became an annual practice in 2008. Multiple games have been canceled or postponed for a variety of reasons.