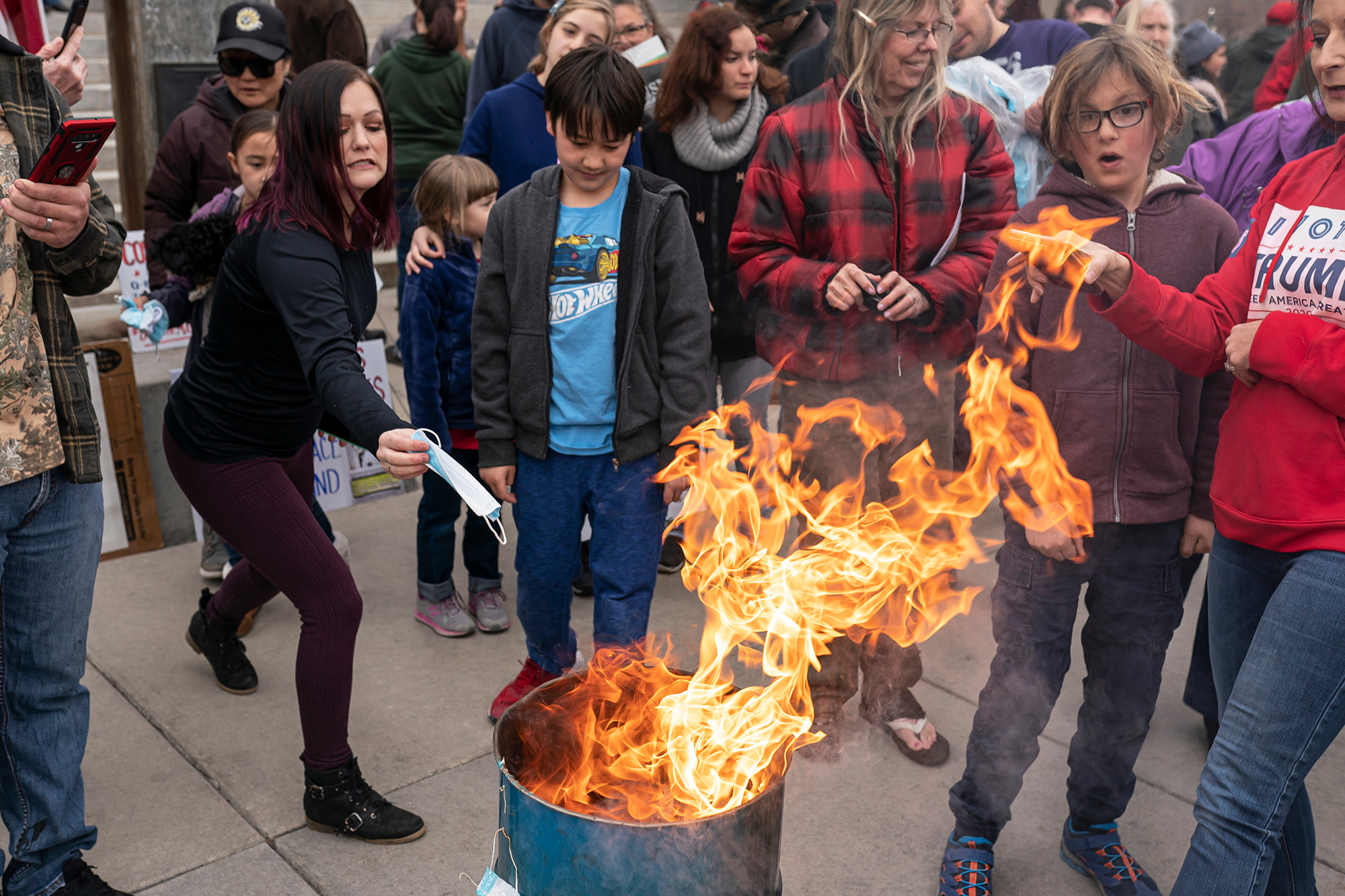 Protesters in Idaho staged a mask burning event at the state capital on Saturday, as frustration over coronavirus-related disruptions to daily life continue to fester.

At least three lawmakers from the state legislature and the Lt. Gov Janice McGeachin were there to cheer them on, according to local media reports from the scene.

Video posted to Twitter suggests that most of the actual burning of masks took place inside small, self-contained fires lit in garbage bins. At least one person was filmed burning a picture of Joe Biden.

Many protesters, often with children in tow, displayed signs reading “I will not self-suffocate,”

“We’re standing here today to rein back government. To reestablish our Republican form of government, a government that has balance between the branches,” said Daar Moon, a protest organizer, in a Twitter video. “It’s a widespread grassroots movement, an uprising in that regard, it’s come off very well today here in Boise.”

Last week Idaho legislators introduced a bill to make mask mandates illegal. Though there is no current statewide requirement, mask mandates are in force in seven of 11 Idaho counties, according to the Associated Press.

Trump is top pick for 2024, DeSantis runner up