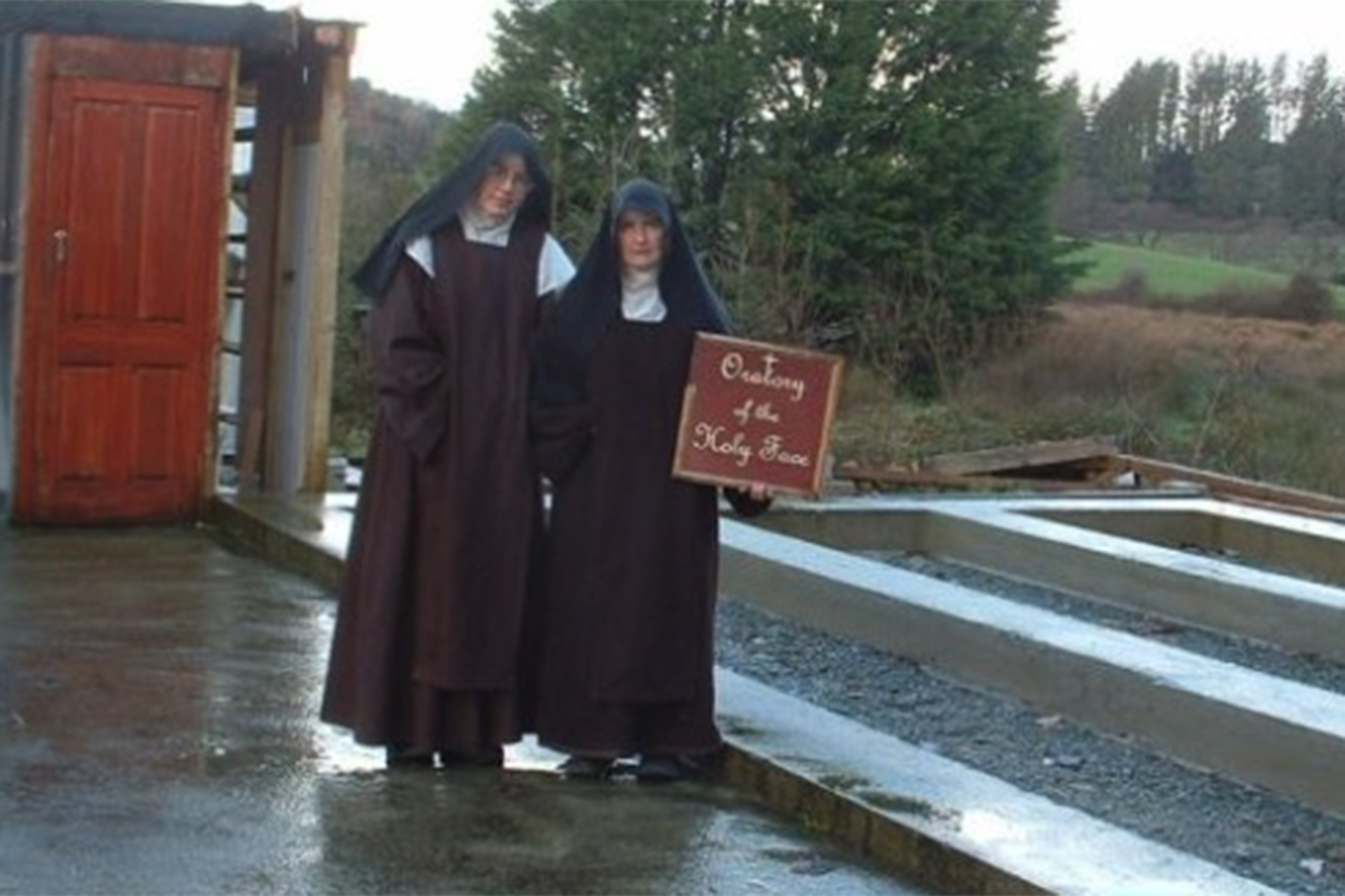 A pair of Irish nuns were evicted from their home after violating coronavirus pandemic restrictions to attend an exorcism for Ireland’s leaders.

Sister Irene Gibson and Sister Anne Marie traveled across the Emerald Isle to expunge supposed evil spirits of the President of Ireland and the nation’s top lawmakers, according to the Irish Examiner.

But their habits flouted lockdown measures, which banned residents from traveling more than five kilometers from their home, the paper reported.

The Dec. 8 exorcism expedition from Cork to Dublin was about 135 miles.

The deliverance of the Dáil Éireann — a body of the Irish legislature — was followed by an outdoor mass attended by around 70 people. Under Ireland’s lockdown rules, no more than 15 people were permitted to assemble outdoors at the time.

A video of the exorcism shows Father Giacomo Ballini, of the splinter group The Society of St Pius Resistance, spraying holy water on an Irish Government Building while praying for Satan to “leave this place.”

The sisters, of the Carmelite Sisters of the Holy Face of Jesus, were reportedly ordered out of their compound over the travel breach.

The nuns had previously been convicted of violating planning regulations while setting up a religious retreat, according to the Examiner.

But the nuns won’t remain on the run — a GoFundMe site to help the, relocate had raised nearly $100,000 on Monday afternoon.

Both the priest, who preaches out of a farmhouse in County Cork, and the Carmelite Sisters of the Holy Face of Jesus, operate independently from the Catholic Church, the newspaper reports.

Patriots are calling everyone in search of their next quarterback

Another failed WHO whitewash of China’s COVID guilt