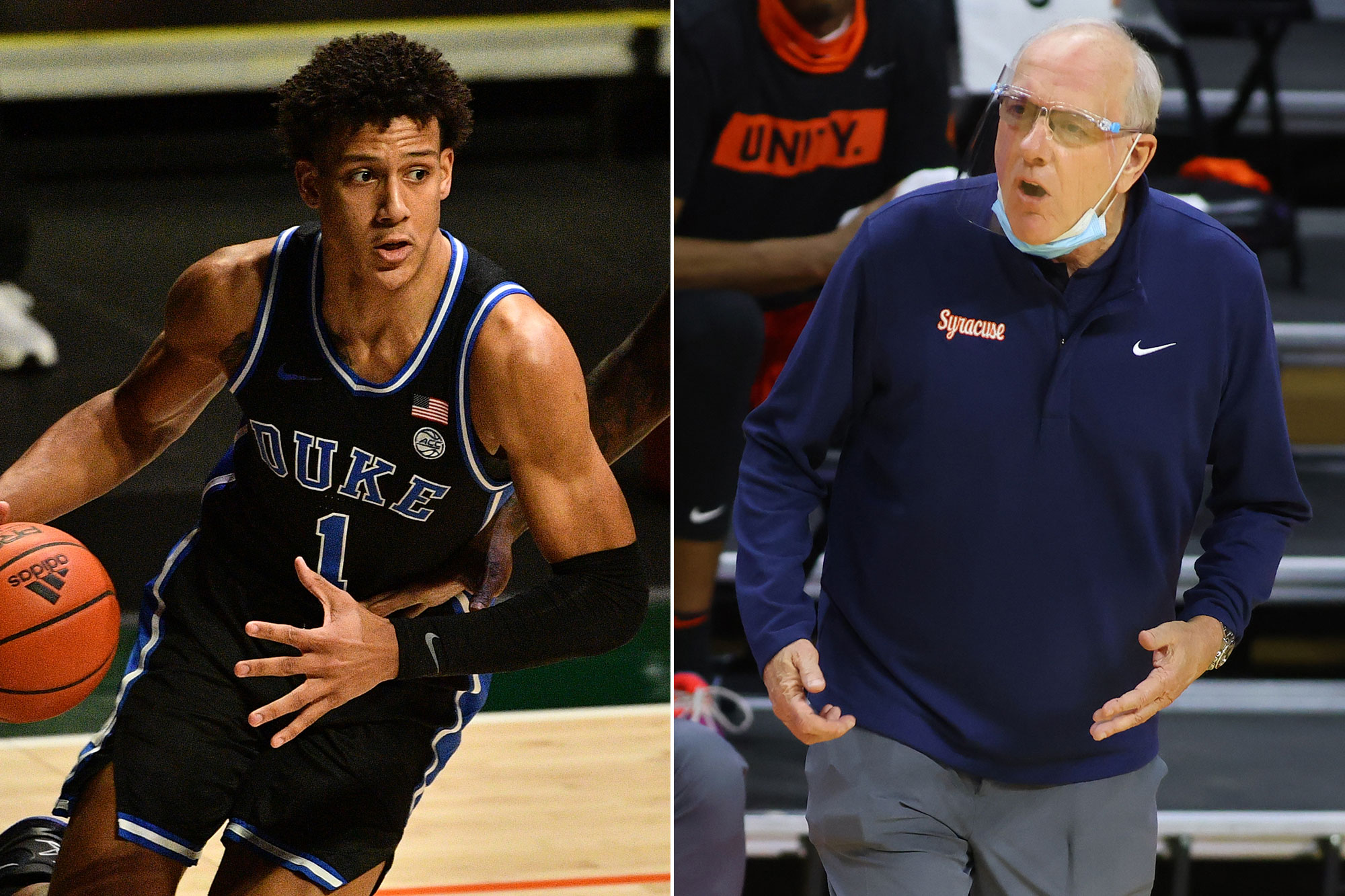 The Syracuse coach was critical of the freshman’s decision to step away from the team a few weeks before the season is up to focus on the 2021 NBA Draft, but felt it will help the Blue Devils, who have won their two games without the talented forward in impressive fashion.

“That guy was hurting them so they actually are much better now without him,” Boeheim said on his weekly radio show. “He was just doing some things and keeping other people from playing that are good.”

Johnson was averaging 11.2 points and 6.2 rebounds for disappointing Duke, but had fallen out of the starting lineup. Johnson is a projected lottery pick despite his struggles. Without him on Wednesday, the Blue Devils hammered Wake Forest, 84-60. Duke coach Mike Krzyzewski has said he felt the decision was in Johnson’s best interests, citing a previous foot injury that kept him out three games earlier in the season.

The 6-foot-9 forward opting to focus on the draft instead of finishing out the season with Duke drew a number of different takes from people in the basketball community. Some took a shot at Johnson, saying he quit. Others said he was focused on what was better for him, and should be allowed to make personal decisions without being criticized. Clearly, Boeheim belongs in the first camp.