Jay Bruce uses his glove to show he ‘fits’ with Yankees 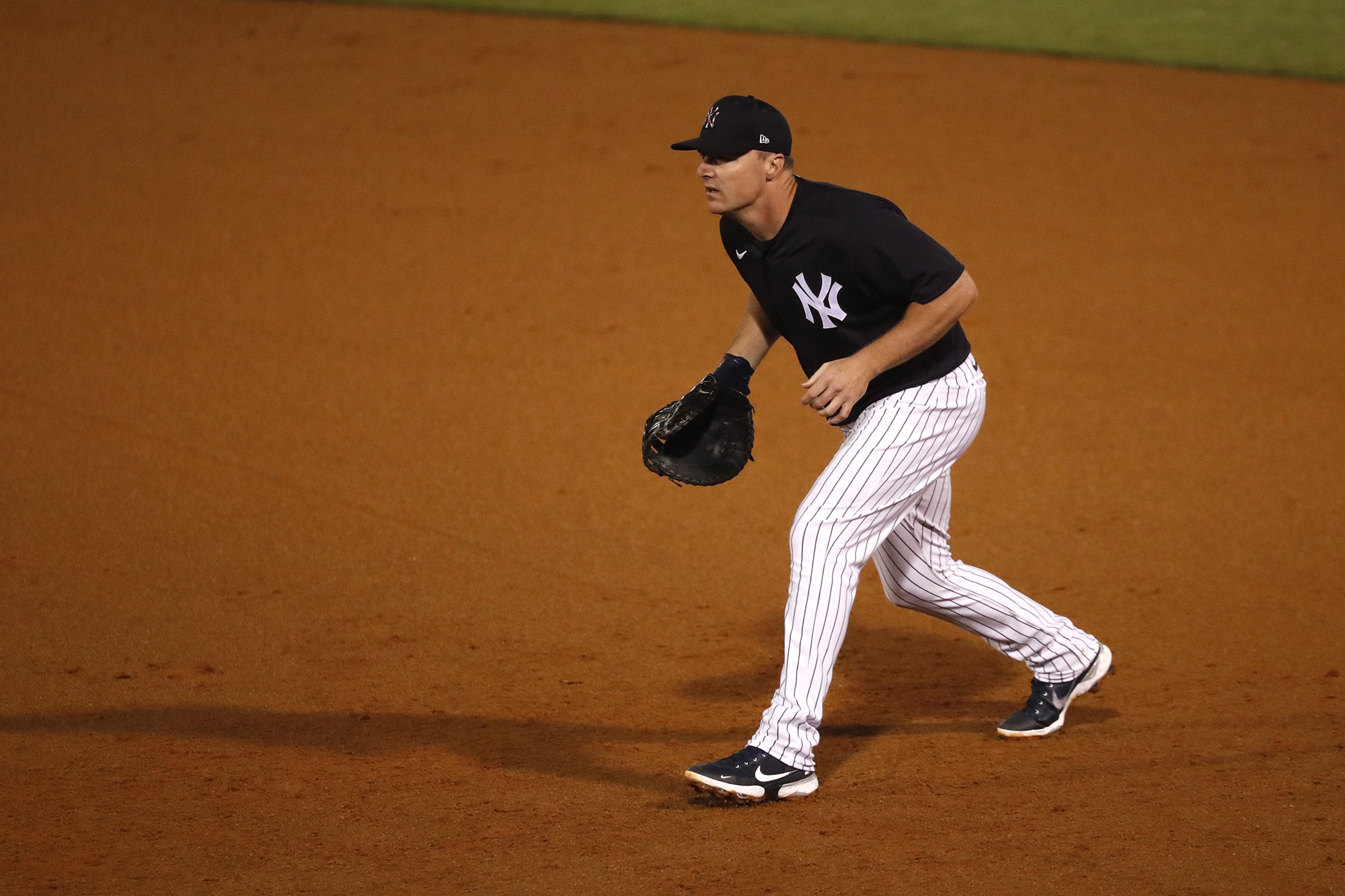 Observations for the Yankees’ 4-2 spring training game win over the Phillies on Monday.

Giancarlo Stanton had the three hardest-hit balls in the Yankees’ 4-2 win over the Phillies at George M. Steinbrenner Field — a 120-mph lineout, a 110-mph single and a 106-mph groundout. He also advanced to third on Gio Urshela’s fly ball to center in the sixth.

Gary Sanchez took a foul ball off his left wrist during Odubel Herrera’s at-bat in the top of the sixth. Sanchez stayed in the game and hit in the bottom of the seventh. Aaron Boone said the catcher was OK.

Playing first base, Jay Bruce grabbed a hard grounder by Herrera and made a strong throw to second to start a double play, as he tries to show he can be an option at first base. Aaron Judge has liked what Bruce has shown off the field, as well: “He fits in with the team like he’s been here five or six years already.”

Gerrit Cole will face the Tigers at Joker Marchant Stadium in Lakeland at 1:05 p.m. in his third Grapefruit League start. He also pitched a simulated game.

March Madness 2021 predictions for every game