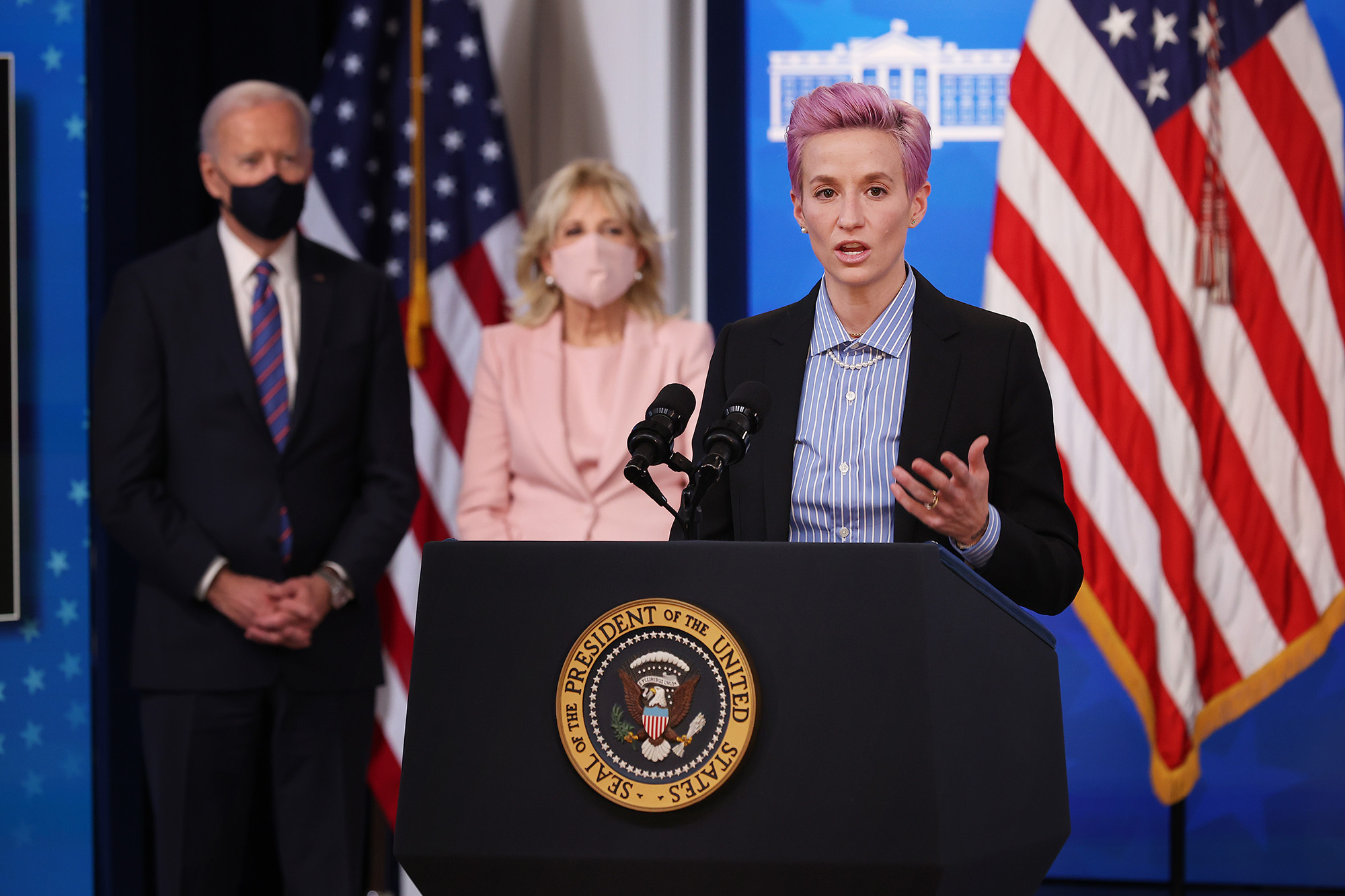 First lady Jill Biden on Wednesday reflected on the time she dyed her hair purple for a webcast conversation with soccer player Megan Rapinoe about “pay equity.”

The first family hosted the celebrity athlete, who supported President Biden last year, at the White House to back her protest of female professional athletes earning less money than men, and women earning less than men more generally.

“Megan, you’ll have to forgive me, but I decided not to dye my hair purple again. The last time I saw her, I sprayed purple on my hair. But that doesn’t mean I’m any less excited that you are here,” Jill Biden said, introducing the athletes.

Last year, Jill Biden colored a portion of her hair purple for a video-streamed conversation with Rapinoe, captain of the Tacoma, Wash.-based team OL Reign.

“I’m a member of the LGBTQ community with pink hair, and where I come from, I could have only dreamed that I would be standing in the position I am today at the White House,” Rapinoe said at the event.

“You see, despite all the wins, I’m still paid less than men who do the same job that I do. For each trophy, of which there are many, and for each win, for each tie and for each time that we play, it’s less. And I know there are millions of people who are marginalized by gender in the world and experience the same thing in their jobs.”

Biden all but endorsed Rapinoe’s bid for higher pay for female soccer players.

“It doesn’t matter if you’re an electrician, an accountant or part of the best damn soccer team in the world, the pay gap is real. And this team is living proof that you can be the very best at what you do and still have to fight for equal pay,” Biden said.

Biden signed a proclamation that says, “Equal Pay Day is a reminder of the work that still remains to advance equity and ensure that all Americans have the opportunity to reach their full potential.”