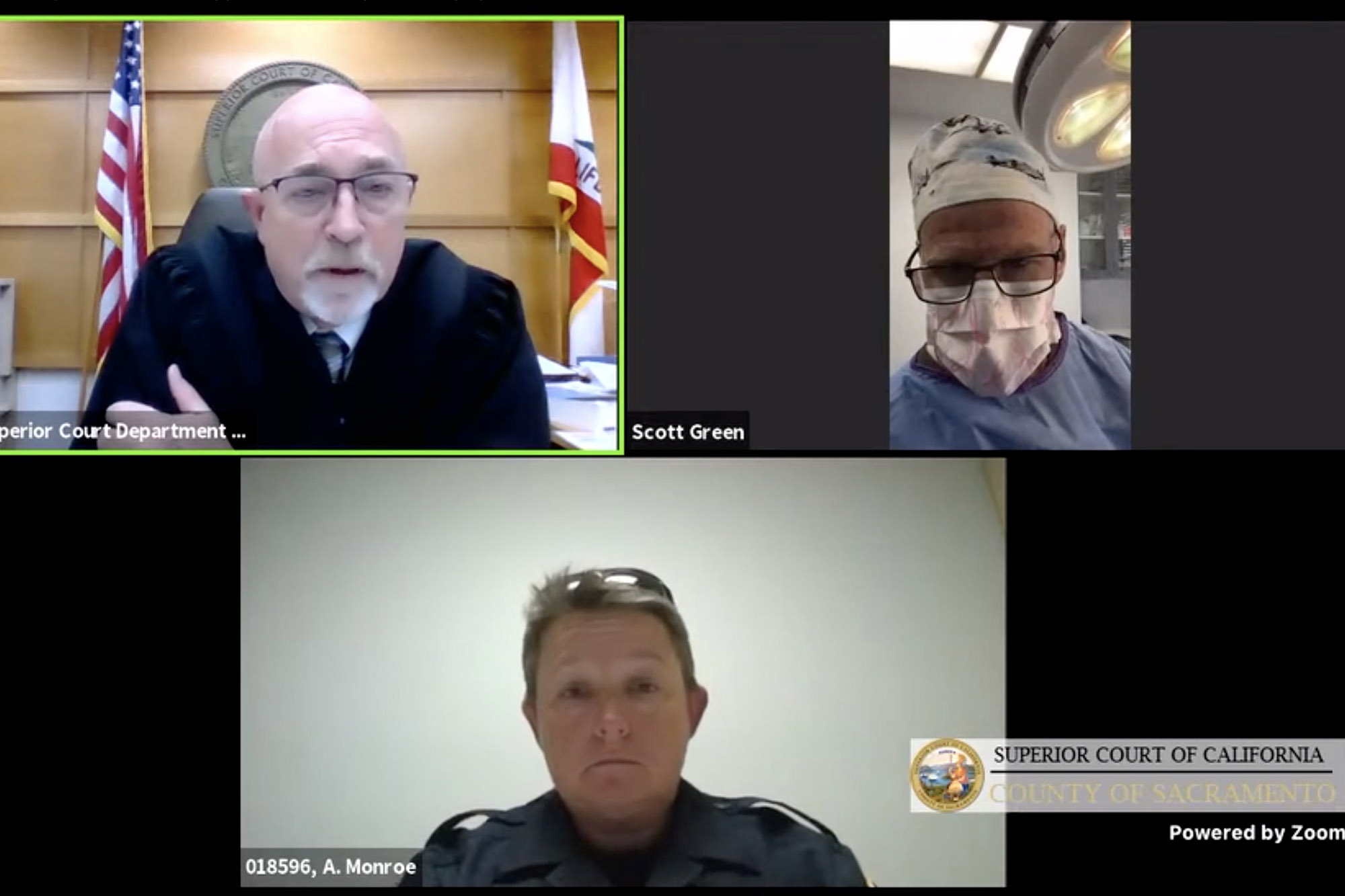 Maybe he hoped the court would take a nip and tuck off his traffic ticket?

A Sacramento, California, plastic surgeon appeared for a traffic trial Thursday via videoconference live from his operating room with a patient on the table.

But the judge wasn’t having it.

With medical machinery beeping in the background, Scott Green appeared before Sacramento Superior Court Commissioner Gary Link’s virtual courtroom in his surgical scrubs and a mask, with his patient undergoing a procedure just out of view, the Sacramento Bee reported.

When a courtroom clerk asked if he was ready to go ahead, Green replied that he was, but Link refused to move forward with the multitasking doc.

“So unless I’m mistaken, I’m seeing a defendant that’s in the middle of an operating room appearing to be actively engaged in providing services to a patient. Is that correct, Mr. Green? Or should I say Dr. Green?” Link asked on the video, which was by law open to the public.

The incident was the latest bizarre moment born from remote working. Earlier this month, a lawyer’s inability to remove a cat filter from his Zoom during a virtual court hearing went viral, just days after Rep. Tom Emmer of Minnesota got stuck upside down during a virtual committee hearing.

But while those incidents generated laughs, Link shut this one down.

“I do not feel comfortable for the welfare of a patient if you’re in the process of operating, that I would put on a trial notwithstanding the fact the officer is here today,” the commissioner said.

Green tried to reassure him and said there was another surgeon working with him, but Link insisted it wasn’t appropriate and set a different date for the trial.

The doctor later claimed to NBC News that the Sacramento Bee’s account was inaccurate, but instead of explaining what was wrong, he ended the call.

The Medical Board of California said it is aware of the incident and will be looking into it. The board said it “expects physicians to follow the standard of care when treating their patients.”

Yankees glad to be playing in front of fans again

Biden too busy with ‘historic crises’ for press conference: Psaki