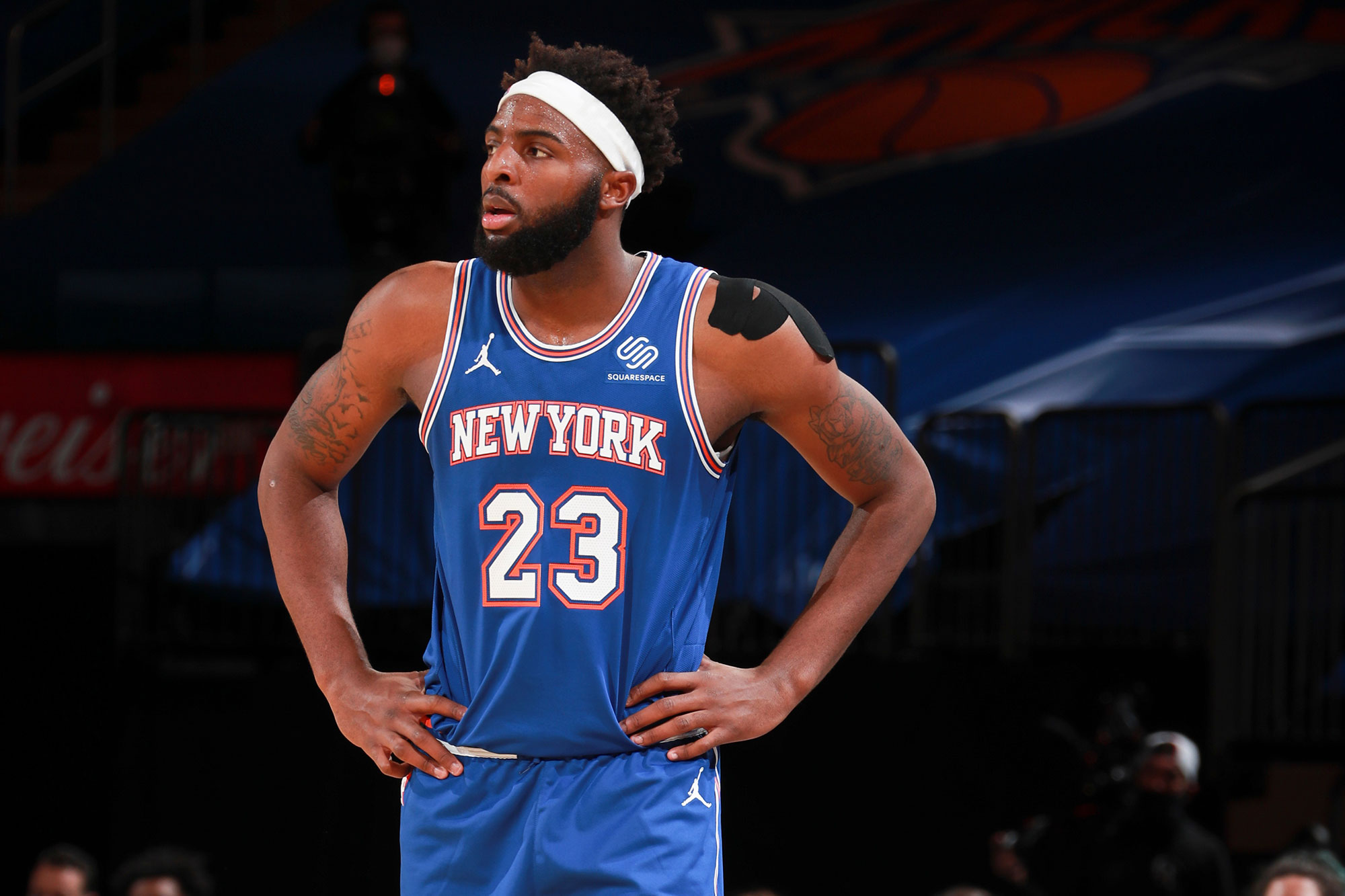 Knicks center Mitchell Robinson has put up good numbers this season but the worst number is this: two surgeries.

Less than two months after hand surgery, Robinson went under the knife again. The Knicks announced he had successful surgery Monday to repair a fractured fifth metatarsal in his right foot at Hospital for Special Surgery.

The Knicks offered no timetable for his return but nobody expects him back this season — unless the Knicks go far in the playoffs. Coach Tom Thibodeau said he’s unclear about Robinson’s recovery time, but such a surgery often takes at least six weeks from which to recover.

Another concern is that NBA big men always seem susceptible to foot injuries with the notion it could be recurring. Robinson plays with a reckless abandon that has led to a series of injuries in his first three seasons. He played four games upon his return after missing 15 following the hand fracture.

Robinson will enter the final year of his contract next season on a team option. There’s no expectation the Knicks would not want to exercise that option now. The theory was potentially making him a restricted free agent to lock him up long term rather than risk unrestricted free agency in 2022 where they couldn’t match an offer.

“With losing Mitch, it’s just like tough, you know what I’m saying,’’ backup center Taj Gibson said. “We work out together and you understand the things that he puts into the game. And to lose that, he got hurt, we don’t even know how long he’s going to be out for now. I’m still trying to register that. I’m going to let the guys upstairs handle what they have to handle. But right now just trying to keep the team together, keep the emotions down, knowing that we just lost a big part of our team to a real tough injury.’’