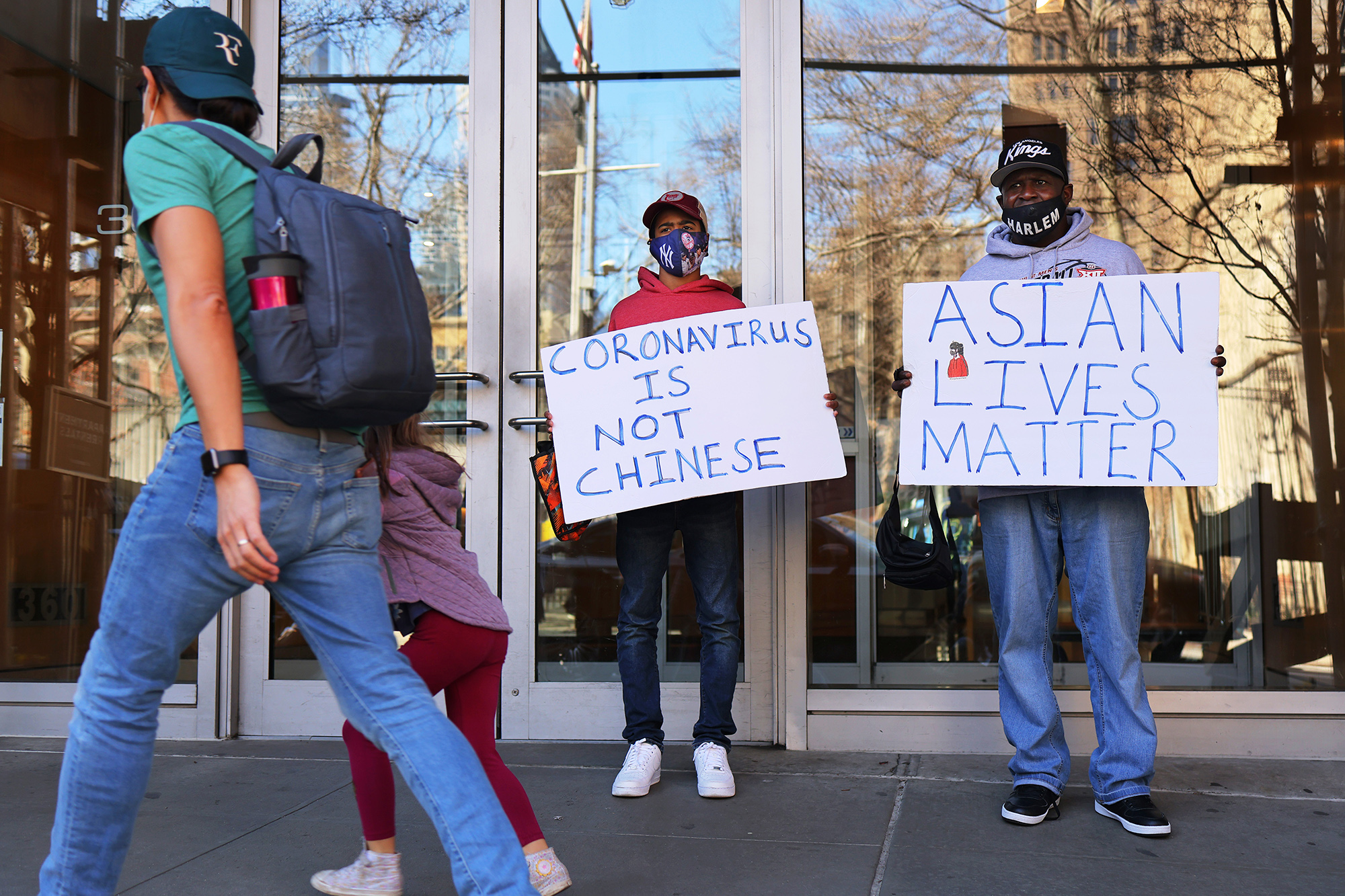 The Issue: Building staffers who failed to act during a brutal attack on an older woman.

It seems the building staffers who stood idly by while a woman was assaulted and beaten have been suspended (“They didn’t lift a finger,” April 1).

Perhaps if they had listened to Mayor de Blasio’s wife, that could have been avoided. After calling to defund the police, Chirlane McCray advised witnesses to intervene in violent situations by using distraction techniques such as asking “What time is it?”

The painfully obvious answer is it’s way past time to get rid of de Blasio.

What we are witnessing happening to people of Asian descent and all other ethnic groups is the result of changes made to the bail laws.

The vile perpetrators of these crimes are not concerned about being arrested and charged, because they are not being held on bail.

Plus the fact that people who observe these despicable violent acts do nothing to help the victims. Shame on all of us.

The head-stomper of the 65-year-old Asian woman was a monster out on parole, despite having stabbed his own mother to death less than 20 years ago.

This supports my belief that our legal system should require that all parole-board members voting to free a violent felon must agree to allow that parolee to live inside their homes on a rotating basis.

How far have we sunk as a society when people refuse to help those who can’t help themselves?

To stand and watch another human being be assaulted and verbally abused is so sickening and disgusting.

If you see a person being physically attacked and vulnerable, you step in and you help that person out. Period. It’s called being decent. It’s the hard thing and the right thing to do.

Call it bystander apathy or call it the callousness of man’s inhumanity — whatever you do, don’t make it an excuse to not help.

We need to stop waiting for someone else to intervene. We need to stand up and speak and protect those who are vulnerable. No exceptions. No excuses.

The recent, unprovoked attack against an elderly Asian American proves that all lives matter. Hate is universal and not restricted to any religion, color or ethnic group.

It was a travesty that three employees at a nearby luxury apartment complex did not intervene, and any punishment for their failure is well-deserved, including the announced suspension and possible firing.

If employees hired to protect the safety of their building’s tenants cannot understand that their refusal to act was inconceivable, then they deserve to be punished, not merely reprimanded.

Hopefully, in the future, we shall not encounter such lack of conscience when individuals of any religion, color or ethnicity are subject to unprovoked violence based on their belonging to any minority group.

You really can’t make this up: A horrible man who killed his own mother was put on parole and allowed to walk the streets. He predictably attacked a 65-year-old woman.

The city is housing him in a hotel. Who has blood on their hands for this decision?

It is not that the city has no mercy. The problem is we don’t have a “good Samaritan” compensation fund.

If a good Samaritan gets himself injured trying to get involved, he has nothing to look forward to by way of hospital-bill relief or financial compensation for his trouble.

Get that “good Samaritan compensation” on the books, and you will see more people get involved.

This 65-year-old Asian woman would never have been attacked if this person was still in jail where he belonged.