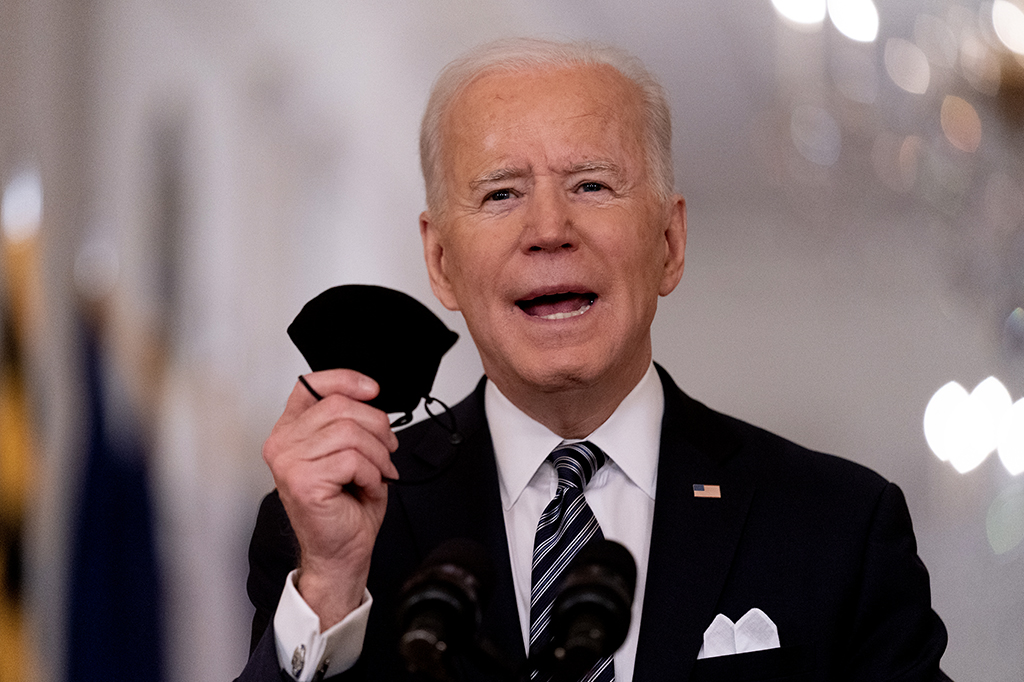 The Issue: President Biden’s address to the nation on the COVID-19 pandemic Thursday night.

I listened to President Biden’s speech about the virus (“Biden speech was a con job,” Editorial, March 12).

He told us how much he values the truth and how we can always count on him to tell it.

I wanted to choke. The “truth” is that President Biden never mentioned the herculean efforts of former President Donald Trump that helped bring the vaccines through development and made them available early on in huge amounts.

There is a crisis at the Mexican border that has clearly been created from Biden’s reversal of Trump’s policies, and Biden is not telling the “truth” about that border crisis.

You know, Mr. President, I resent you using the word “truth.” What a joke.

Biden’s 24-minute, somber and scripted speech was not quite inspiring or full of hope.

I was saddened that he did not even mention the name of his predecessor once. Everything the Biden administration has done in the first 50 days in office was built on the back of all the efforts of the Trump administration, which started Operation Warp Speed for the quick development of the vaccines we have today.

The president’s prediction that we might be able to hold barbecues with close friends and family by the Fourth of July was nothing more than stoking the panic.

He acted like the federal and state governments are the answer to all our problems. He cited “renowned” immunologist Dr. Anthony Fauci for Americans to follow the science. Although Fauci seems like a very nice man, he has been wrong more than right.

Biden acted like he was going to give us permission to celebrate Fourth of July in small groups. I’ve got news for him: States are already opening up and giving back responsibility to their citizens to live their lives and stay safe.

I certainly agree with The Post’s editorial that the speech Biden gave was just a continuation of the con that has been perpetrated on the fools who voted for him in 2020.

It appears to me that all he and the Democrats want to do is continue this pandemic to further their aspirations to institute socialism in this country.

Main case in point — his reversals of all the policies that Trump put in place to keep our country safe from illegal immigration. Now we have a major crisis on the border.

His cutback of oil production is another example, which has put thousands out of work.

It is obvious that all they want is to flood this country with more Democratic voters in order to stay in power.

Biden’s speech was loaded with lies, suggesting that it was his administration that got the coronavirus vaccine produced and distributed, when in reality it was the hard work of the Trump administration, which implemented Operation Warp Speed.

I have heard more motivating and lively speeches at wakes.

American taxpayers will be paying for the ridiculous $1.9 trillion COVID package that funds Democratic projects and agendas.

I wholeheartedly agree with The Post about Biden’s speech.

He took all the acclaim for the vaccine when everyone, Republican and Democrat, knows it was Trump who did that right.

His suggestion to follow Fauci is a joke. His suggestions have been misleading. There are many better scientists and medical experts we should have been listening to.

The speech sounded like one given at a funeral. Biden is depressing and negative, yet promised in a somber voice that we will get through this.

Trump was forward-moving. Biden is in a ditch with no shovel to get out.