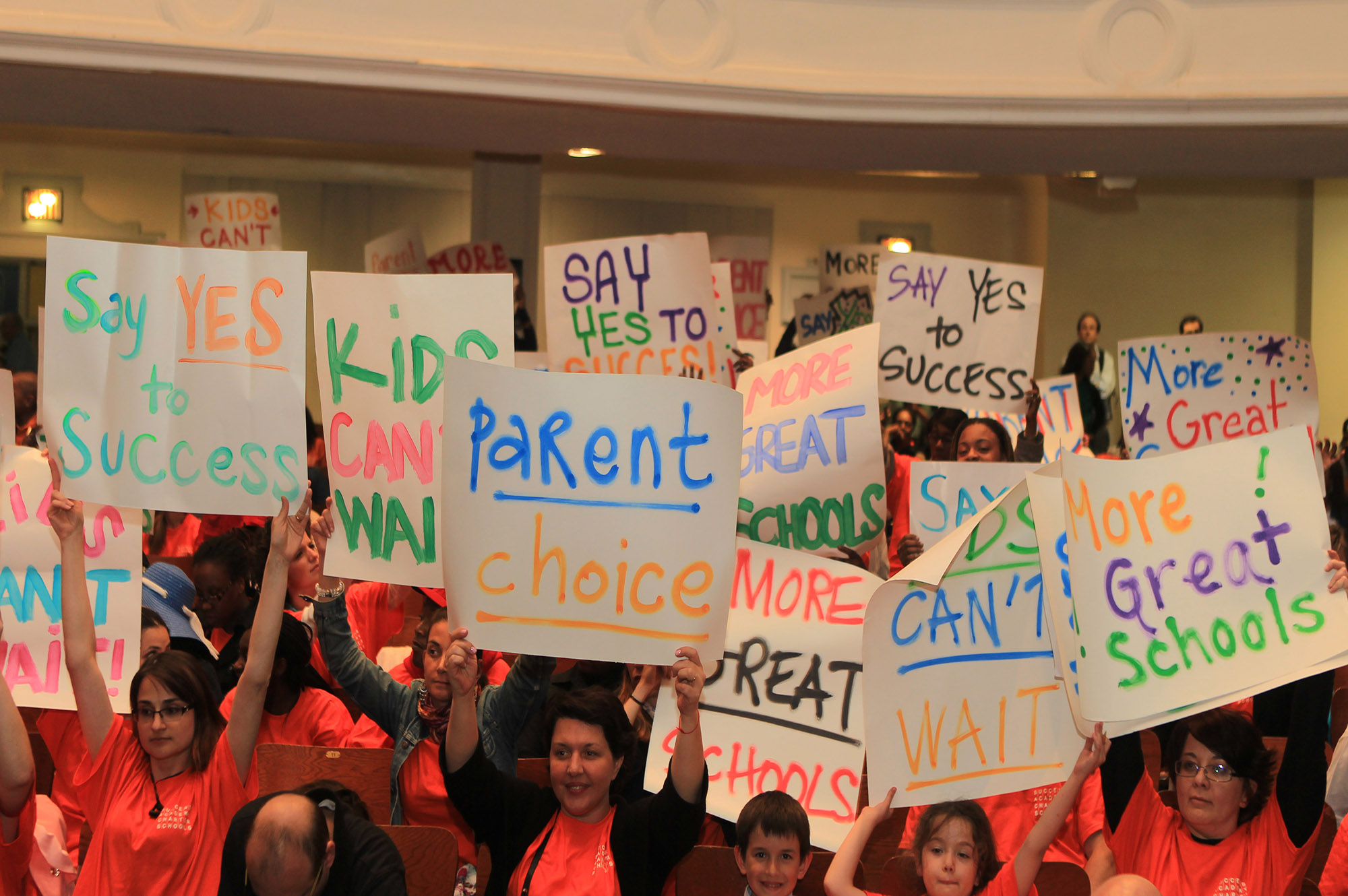 Now, over 60 years later, The Post is asking that the number of charter schools in New York state be increased. These are schools to which thousands of black children seek entry.

If the Legislature fails to lift the cap, black children will be blocked from getting the quality education they and their parents desire and deserve.

We need our elected representatives to stand strong for children. The educations of black children matter.

Give kids choice
Josh Hammer’s insight into the codified racism of the American affirmative-action admissions case that is now before the Supreme Court helps direct us to the root cause of education disparity (“End real racism,” PostOpinion, Feb. 27).

It’s not the color of one’s skin, but one’s ZIP code and opportunity (or lack thereof) for school choice that determines readiness for college.

Give inner-city kids a choice, too. Let the tax dollars spent on the student go to their choice of schools with a voucher to a charter, parochial or other school when they meet the criteria.

Competition raises standards of living and will raise performance of public schools as well.

School hypocrite
Kudos to California teachers-union head Matt Meyer for having the chutzpah not to resign after being revealed as a hypocrite for blocking students from “unsafe” public schools while his child attends private school (“Union chief’s open-school nix — except for his kid,” March 2).

One has to wonder if this self-serving duplicitous behavior is occurring in other liberal cities, where politicians and power-brokers shut down public schools and then immunize their own children from the toxic effects of their actions.

Stop horse abuse
As a resident of the Upper West Side and an animal lover, my heart breaks when I see carriage horses being driven through traffic every day (“Carriage horse had genetic disease: vet,” March 1).

When I read about the horses crashing into vehicles, running wildly through traffic, collapsing on the street and sometimes dropping dead, I get angry that this still goes on in my city.

Lee Brown’s article about carriage horse Aysha’s autopsy results reinforced what was already obvious: Sick, suffering horses are being forced into hard labor, and as a New Yorker, I want it to end.

I call on my City Council ember, Helen Rosenthal, and Mayor de Blasio to stop the abuse of these horses.

Alzheimer’s hope
My sincere thanks to Rich Lowry in sharing his love and affection for his mom (“My Mother, Unbowed,” PostOpinion, March 3).

Lowry shared the heavy hearts of families who have endured or are enduring the ravages of Alzheimer’s. He brought such dignity to such tragedy in a truly humane manner.

His uplifting story can be shared by many, regardless of their suffering. Hope springs eternal, and true love can never be broken.