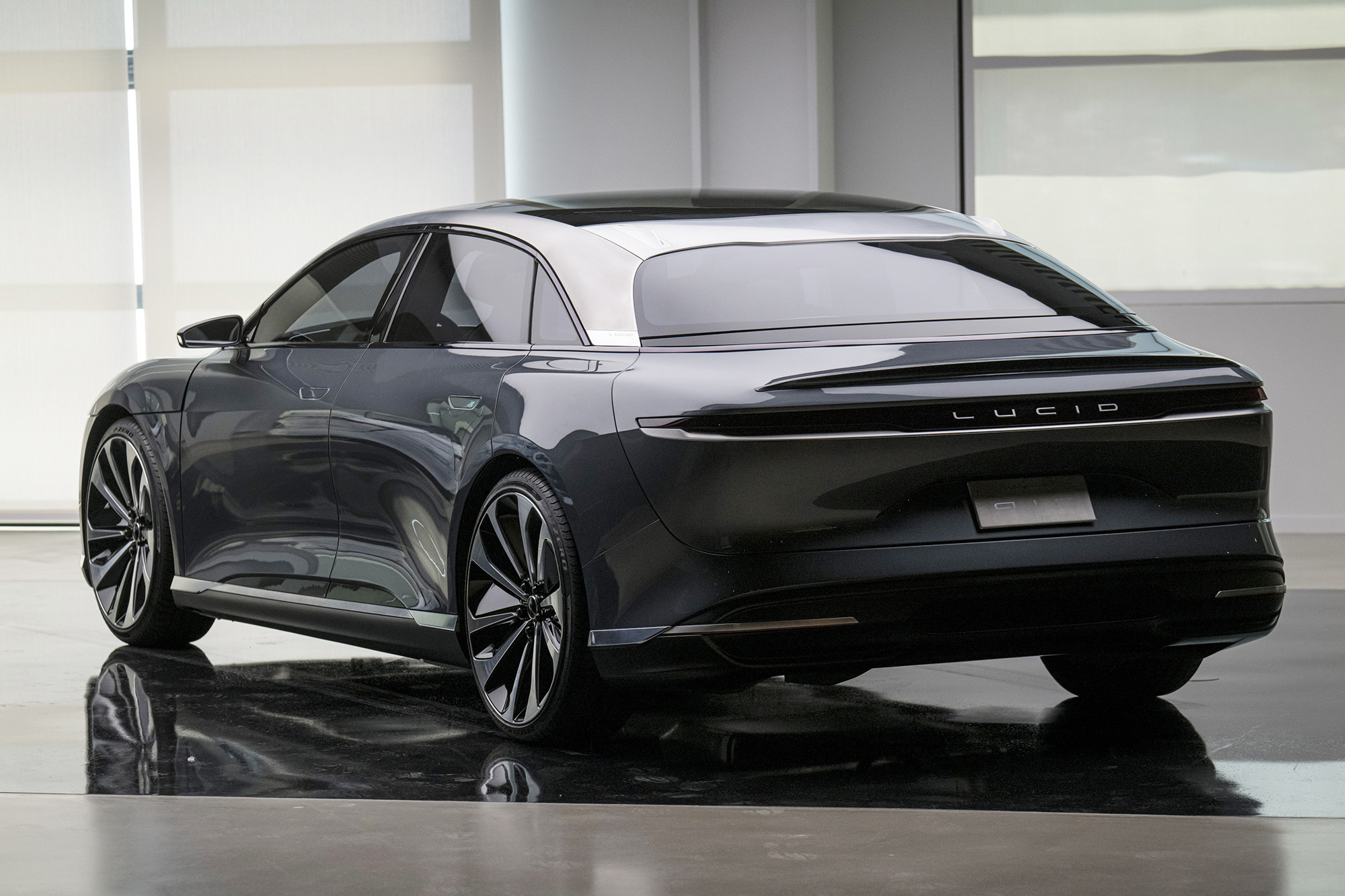 Shares of a blank-check company that’s set to merge with electric-car maker Lucid Motors tumbled Tuesday after it inked a deal to take the Tesla rival public.

The Monday announcement followed swirling speculation about the tie-up that pushed Churchill’s shares as high as $64.86 last week, more than six times higher than where it started trading in September.

The deal will provide Lucid with a $4.6 billion investment valuing the company at about $24 billion. That includes $2.1 billion in cash from Churchill and $2.5 billion in private investment in public equity, or PIPE, financing from investors led by Saudi Arabia’s Public Investment Fund.

The PIPE investment was made at a per-share price of $15 — well below where Churchill’s stock was trading before the merger was made official.

Churchill “believes that Lucid’s superior and proven technology backed by clear demand for a sustainable [electric vehicles] make Lucid a highly attractive investment for Churchill Capital Corp IV shareholders, many of whom have an increased focus on sustainability,” Klein said in a statement.

Lucid said going public will help speed up its growth as it works to launch its electric Lucid Air luxury sedan this year. The model boasts an estimated battery range of 500 miles and can go from zero to 60 MPH in less than 2.5 seconds.

The Silicon Valley-based company says it expects to ramp up deliveries of the Air in the second half of 2021. It’s also expanding an Arizona factory where it plans to eventually produce about 365,000 vehicles annually.

“This transaction further enables the realization of our vision to supply Lucid’s advanced EV technologies to third parties such as other automotive manufacturers as well as offer energy storage solutions in the residential, commercial and utility segments,” Lucid CEO Peter Rawlinson said in a statement.

Tesla took notice when Lucid cut the Air’s starting price to $69,900 in October. CEO Elon Musk responded by trimming the price of Tesla’s high-end Model S sedan to $69,420 —  a reference to jokes about a sex position and marijuana that frequently pop up in his Twitter feed.

“The gauntlet has been thrown down! The prophecy will be fulfilled,” Musk tweeted at the time.

Volvo plans to make only electric vehicles by 2030

Panthers’ flurry of moves all point to Deshaun Watson push

Is this the start of a golden era in New York sports?

Emmanuel Acho tapped to replace Chris Harrison on ‘The Bachelor’

Bettors get gift from books on underestimated Nets