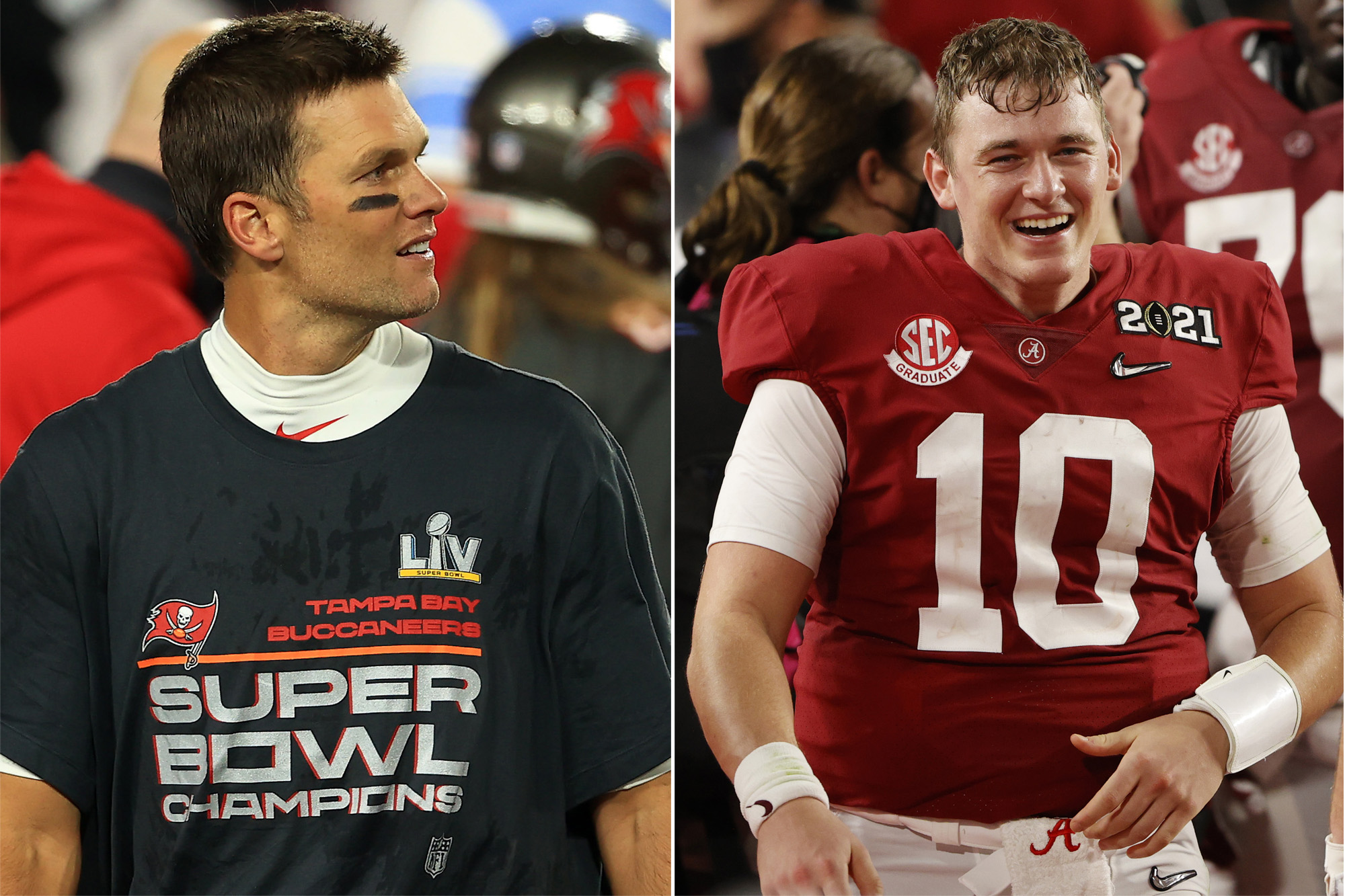 Appearing on the Yahoo Sports podcast, the Dolphins’ second-year quarterback was asked about four of his former Alabama teammates who are projected to be first-round picks in the 2021 NFL Draft: receivers DeVonta Smith and Jaylen Waddle, quarterback Mac Jones, and running back Najee Harris. He had plenty of praise for all four, but his comments on Jones stood out.

Jones’ athleticism is often knocked when compared to other top quarterbacks available — such as Trevor Lawrence, Justin Fields, Trey Lance and Zach Wilson. That is one reason he could slip to the fifth quarterback off the board in the middle of the first round, where the Patriots are picking No. 15.

Coach Bill Belichick tried to go the veteran quarterback route by replacing Brady with Cam Newton last season, but it failed. If New England selects Jones, he and Tagovailoa would be AFC East rivals.

Jones sat behind Eagles starter Jalen Hurts and Tagovailoa for three seasons before getting his shot to start in 2020.

“He’s a really great person,” Tagovailoa said. “A lot of the guys, when I was playing at Alabama, they really loved being around his personality and who he was. So I’m thinking whatever team gets him they’re going to be very lucky. He’s a great player.”

Though many mock drafts predict the Dolphins to create an Alabama reunion between Tagovailoa and Smith (possible No. 3 pick), Tagovailoa has his eyes on Harris. The Dolphins certainly are in the market for a running back — they didn’t have a back reach 600 rushing yards last season — and Harris should be available when the Dolphins are on the clock for the second time at No. 18.

“He’s going to be a fun guy to watch this upcoming season,” Tagovailoa said. “Hopefully we’re on the same team.”

How Charles Barkley is readying for his daughter’s wedding