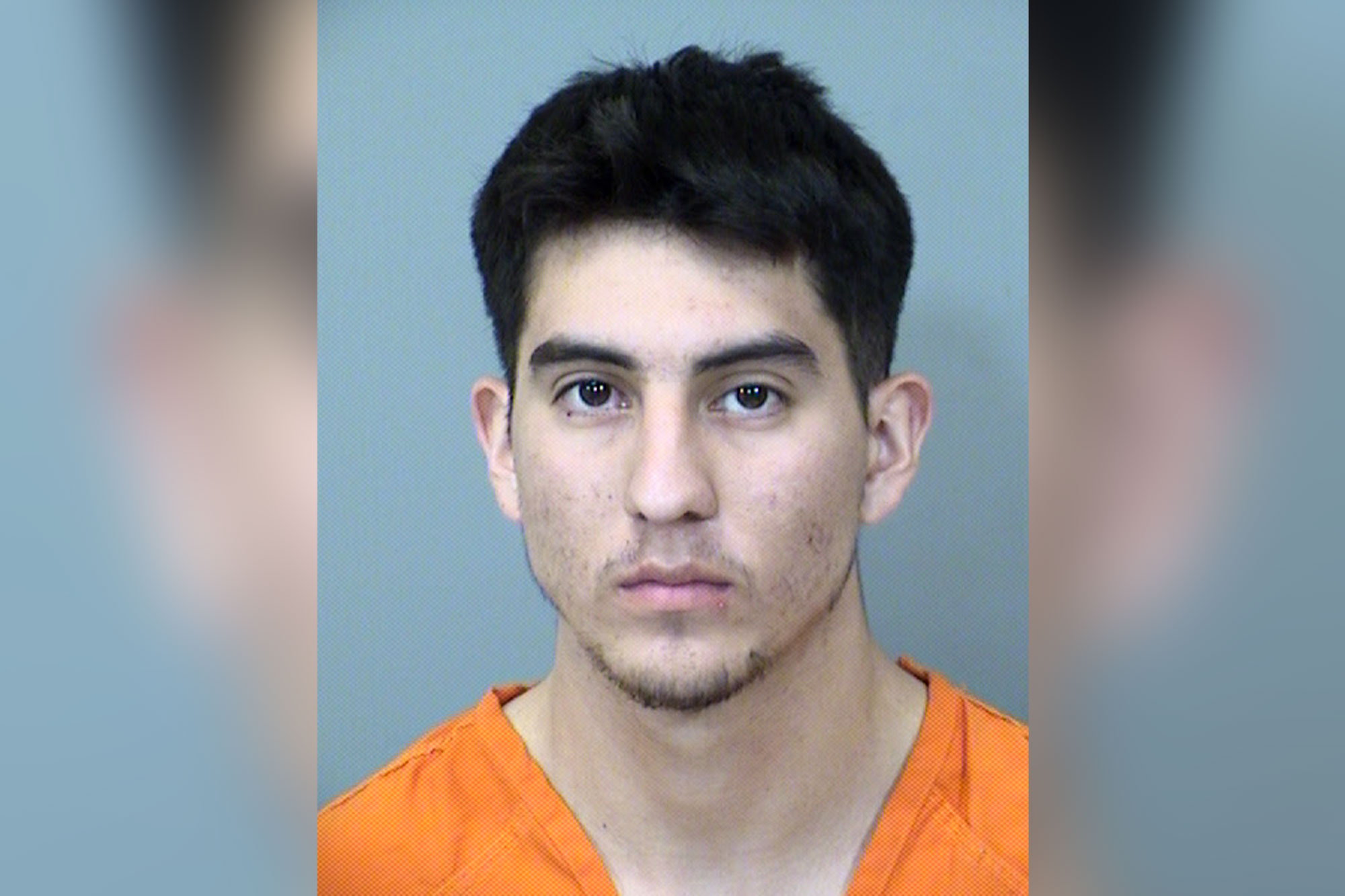 An Arizona man allegedly kidnapped his ex-girlfriend’s new boyfriend, killed him, and dumped his body in the open desert.

Jerssen Perez, 18, allegedly staked out his ex’s house in Phoenix on Wednesday until 19-year-old Oscar Ortega came out at around 2:30 a.m., azfamily.com reported, citing court documents.

Perez forced Ortega into his car at gunpoint, the report said.

When Ortega texted his girlfriend he’d been kidnapped, Perez tried to snag his phone – then shot Ortega multiple times, according to azfamily.

Perez dumped Ortega in the desert, then stuffed the dead man’s clothes, bullet shells, and other evidence in a backpack, which he hid in a large bush.

He later confessed the murder to his family and handed them the gun, the report said. He led police to the body and evidence after his family called cops, according to the report.

Perez appeared in court on Thursday and his attorney argued for a lower bond than the $1 million he was hit with, Fox 10 Phoenix reported.

“His family secured evidence for the state,” Perez’s attorney said, according to the station. “They did not attempt to conceal anything. Secondly, when he was arrested, he actually led them to evidence that would help their case.”

He had been planning the killing for a month, the TV station said.

Perez was slapped with charges including first-degree murder and kidnapping, reports said.