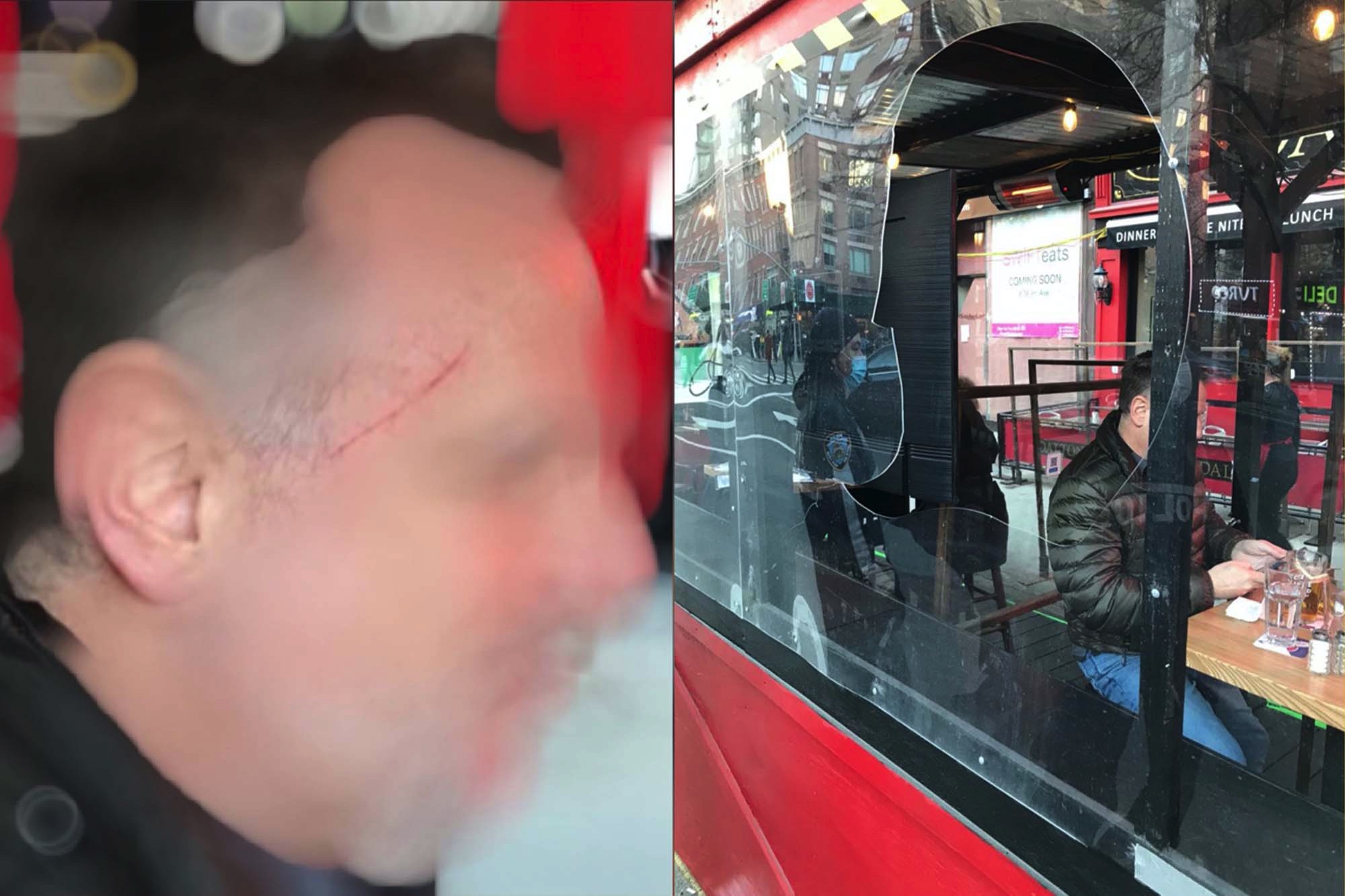 A rowdy protester smashed the plexiglass window of an outdoor dining setup in Midtown on Saturday, causing a customer to suffer a cut to his face, according to police and witnesses.

The customer, a 48-year-old man, was dining at Dalton’s Bar & Grill on Ninth Avenue near West 43rd Street when a group of demonstrators began banging on the outdoor setup’s windows as they passed at around 5 p.m., cops said.

“There was nothing peaceful about the protest. It looked like Black Lives Matter,” one employee told The Post.

“I was more pissed off than anything because they were disturbing all of our customers.”

One of the protesters swung at the window with an unidentified object, shattering the plastic and injuring the diner, according to police.

“I saw a man screaming and banging on the glass,” said the employee, who is 29 and asked not to be named. “It happened so fast,” he told The Post.

The NYPD tweeted a photo of the customer showing the cut to his face, and said he refused medical attention at the scene.

The violent protester then rejoined the crowd as the demonstration marched off, the employee said.

The attack left a massive hole in the window, which Dalton staffers covered up with plastic wrap for now. The cost of the damage was unknown.

No arrests have been made. Police continue to investigate the incident.

Michigan doctors probed over about ‘Price is Right’ game